Interview: The Interrupters talk community, collaborating with Rancid, the importance of political songs 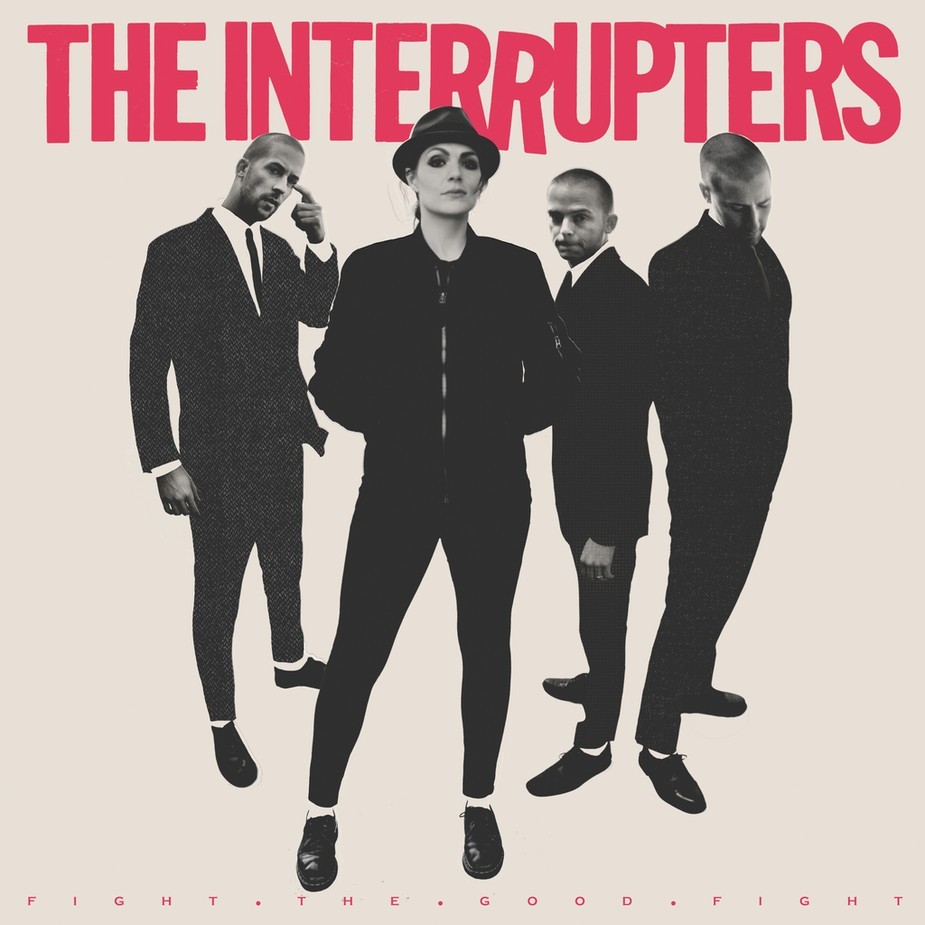 Ah, summertime and ska. A pairing as well-matched as autumn and emo, or peanut butter and chocolate. In the same way the seasons come in cycles, so does the popularity of music genres, and ska definitely seems to be on the upswing. Though the genre is best known for its classic acts, The Interrupters have come to take the helm. With their third full-length, Fight the Good Fight, just released, the band is poised to make big waves this summer.

Though The Interrupters have been boosted by their mentor and producer, Rancid’s Tim Armstrong, each band member has their own stacked resume. Vocalist Aimee Interrupter has an unreleased major label solo album from the early 2000’s, and has collaborated with artists such as The Black Eyed Peas, Sublime With Rome, and contributed vocals to a track on the 2007 remake of Hairspray. Guitarist Kevin Bivona is known in part for his work with The Transplants and as a Grammy-winning engineer. However, they both feel that their musical careers couldn’t have led them anywhere other than The Interrupters.

“I have been writing songs my whole life and different projects mean different things, and The Interrupters to me is like coming home,” said Interrupter. “It’s just a dream come true for me. Punk, two-tone, ska; I just love everything about our band.”

Bivona voiced similar feelings. “Every single thing you do as a musician goes into the toolbox you take with you to your next gig. And I feel like by the time we got together to do The Interrupters, we had a pretty full toolbox. But the good thing is that we didn’t need to use all the tools because we were keeping it simple and just having a lot of fun. It definitely helps having that experience because we’ve all paid our dues in different ways. Just being here, now, we feel so grateful for everything we have.”

The band may feel they’re keeping things simple, but the energy and passion always shine through, especially in the live show. “When we’re making our records we can’t help but think about how the song’s gonna translate live, but we really try not to let that shackle us as far as what we could put down when recording,” Bivona said. The gang vocals that are prominent throughout The Interrupters’s music can’t strictly be replicated on stage, but they just come naturally, he said. “It’s just something that’s almost as old as time; as long as people have been singing, they’ve been singing together.” The band does their best to sing as much as they can on stage, but when the crowd contributes as well, it feels like the final, missing piece.

Interrupter said that when writing, she personally keeps that live component in mind. “If I can picture a big group of my friends, all singing together—all for one, one for all—then that’s kind of a big inspiration for me.” Having an entire crowd’s worth of gang vocals singing their words back to them, “that’s the dream.”

Ska may see its highs and lows as far a mainstream success, but The Interrupters have always been lucky to find a community to greet them with open arms. “We’ve been so fortunate playing in this band,” said Bivona. “The whole time, our audience has been the most warm, welcoming type of people.” And this allows the band to not worry about what type of music is seeing its own peak in popularity. “The tip of the iceberg is all you see, but underneath the water there’s always been a scene and the shows are awesome in every city we go to.”

This strong sense of community is something the band frequently addresses through their music. On “Got Each Other,” the band brought their personal community together, featuring every member of Rancid on vocals. While it’s always understood that Tim Armstrong will appear on an Interrupters record, it was actually his idea to bring the rest of his bandmates in this time around.

Interrupter said that the outpouring of support from Rancid literally brought her to tears. “I cried because, you know, I grew up listening to Rancid. They’re my musical heroes. And the lyric ‘we don’t have much, but we’ve got each other’ is how I felt growing up listening to Rancid.” Knowing how this style of music and the artists in it have shaped her life, this specific moment brought things full circle. “I cried when I was a kid the first time I heard Rancid and I cried the first time I heard them sing on our album. I almost can’t even talk about it because it’s such an amazing thing for me.”

Of the 30-plus songs the band wrote for Fight the Good Fight, 12 made the final cut, and “Phantom City” and “Outrage” are two of the standouts. The former was written in a minor key with more of a classic ska/reggae feel. “That song made it though because it had a vibe unto its own,” Bivona said. Interrupter added that, to her, it embodies the spirit of The Interrupters. “I think a lot about what The Interrupters is about is having a party, and that song just lifts my spirits and it makes me dance every time. I love that I can’t stop dancing to that song.”

“Outrage,” on the other hand, is this album’s political song. “There’s a lot of crazy stuff going on in the world and people feeling upset or marginalized or disenfranchised. That’s where songwriting can be the most powerful thing so we use a lot of our power as songwriters to write songs of self-empowerment and standing up for your rights.” The band hoped to comment on the state of politics worldwide without being too divisive. “We’re a unity band,” Bivona said. “I think our job is to throw the party at our shows. And sometimes if we throw a song in our set such as ‘Outrage’ where we’re commenting on what’s happening, I don’t think that’s ever a bad thing.”

The new album sonically sounds smooth and clear in a way that many punk records do not. The band chalks part of this up to the fact that they’ve always recorded live as a full band, something that adds energy and spontaneity. “There’s a certain sonic element when Aimee would be singing with the band in an isolated room where she could see us. Singing with us, live, there was such a spirit in the vocal takes that just blew us away,” Bivona said.

This was also the first time the band had the opportunity to record to tape, something they’d always wanted to do, considering all of Interrupters favorite records were recorded to tape. “There’s just this timeless frequency that I can’t even really describe. And it’s the tape. It’s just that x factor. That just was the right thing for us to do and we felt really happy with it.”

While Fight the Good Fight does a great job at capturing their capabilities, the live show adds another level. The band is prepared to hop on the final run of Warped Tour from July 14 in Holmdel, NJ through the very last date on August 5 in West Palm Beach, FL.