Interview: Gatherers Learn Just How Anticipated Their New LP Is 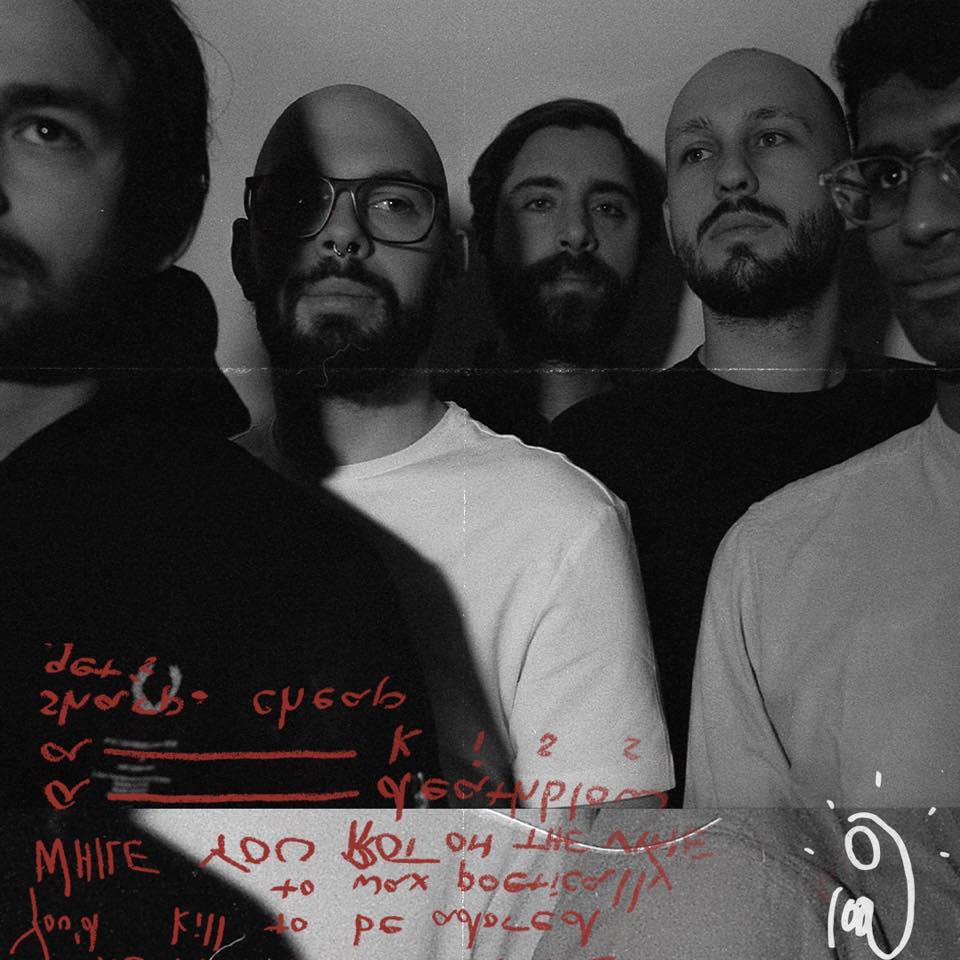 In May, when New Jersey fivesome Gatherers released their new single “Ad Nauseam, I Drown” off their upcoming fourth LP, they didn’t expect much in the way of a response. It’s not that they weren’t confident in the track; to hear it from vocalist Rich Weinberger, “ I honestly believe this is our best songwriting ever in the career of this band.” Rather, seven years after the release of their debut album, Caught Between a Rock and a Sad Place, with a major lineup change and a sonal shift in their 2015 follow-up Quiet World, the band figured they were on their way to “cult band” status. Not to mention the uncertainty of signing to a new label and promoting a new album in the midst of a pandemic that has ground the live music industry to a halt.

“I didn’t think we were gonna be on anybody’s minds,” Weinberger admits. No self-deprecation, no shaken confidence—just matter-of-fact. “When we put out the single I was skeptical. I was like, we’re not that big or popular of a band to begin with.” But the overwhelming support was “more than we thought were gonna get,” Weinberger says. The takeaway? Oh, shit, people still keep up with this band.

“Ad Nauseam, I Drown” dropped on May 1 alongside the announcement Gatherers had signed to No Sleep Records. Almost immediately, the reaction amounted to oh, duh, with the New Jersey rockers—whose sound doesn’t fit neatly into one bucket but might be best described shorthand as melodic post-hardcore—a no-brainer for Chris Hansen’s indie West Coast shop whose catalogue over the years has housed acts like Balance and Composure, Drug Church, La Dispute, and Touché Amoré. Another heavy recent tri-state signing, Brooklyn’s Stay Inside, makes Gatherers seem even more at home on the label.

“Having been a fan of Gatherers for a few years, I was beyond excited when we had the chance to work with them on their new album and setting up their new path,” Hansen says. “This new song is just a glimpse of what is to come later this year from the band.”

Later this year. What does that even mean these days, as March has turned into August and the country remains largely on lockdown, with vacillating degrees of extremity? Gatherers wrapped up mixing the 11 songs of the new album, the title of which has not yet been revealed, this summer. Now, their task is to work closely with Hansen to determine its ideal release window when touring is largely off the table. “Does it make sense to put out an album and not be able to tour around it?” Weinberger wonders. “We’re still figuring that out, how to adapt the way other bands have been adapting. A lot of bands have been live-streaming performances; that’s cool. We always wanna make sure whatever we do is within our vision of the band.”

Weinberger, guitarists Rob Talalai and Anthony Gesa, drummer Adam Cichocki, and new bassist Siddhu Anandalingam are trying to view the extra time as a silver lining. “I say that lightly,” Weinberger says. “There’s no silver lining for anyone.” But logistically speaking, it has given the fivesome time to “really split hairs as far as little things, going back in pre-production, honing in on all the writing, extra production ideas to throw into after the fact.” Unlike on their last album, 2018’s We Are Alive Beyond Repair, they didn’t work with producer Mike Watts but instead recorded everything themselves, with Cichocki producing and mixing. The result is a sound the fivesome is confident is their most authentic yet.

“Everything in our band is very democratic. The way our band operates, everything is sort of compartmentalized in a sense,” Weinberger says. “Anthony manages our band and he’s sort of our business shaman. Adam runs a recording studio for a living, so he has worked with an endless list of bands and developed a career and a skillset recording and mixing. I handle most of the art direction for the band or branding ideas and curating who we’re gonna work with as far as album artwork and that kind of stuff.”

Their new home with No Sleep has allowed Gatherers to shed some of the weight that may have threatened to pull them down in the past. The split with Equal Vision Records was amicable, with a mutual understanding between the two sides that a third album wasn’t in the cards. Weinberger had met Hansen a couple years back when he did the artwork for a No Sleep artist, but the marriage was largely orchestrated by Gesa. “We enjoyed how easygoing Chris was,” Weinberger says, describing Hansen’s philosophy as, Whatever you guys want to do. “We recognize Chris’ ethic when it comes to his label, fostering bands that were trying to make art and not necessarily conform to a label’s identity. That’s a relief,” Weinberger adds. “With every label there’s an investment at hand and they have to protect that, but at what point does it cost your own?”

While 2019 single “Sick, Sad Heart” won’t appear on the new album (“that was its own thing” Weinberger says; the track did, however, appear on a 7” this summer, the proceeds of which were distributed between George Floyd, Bail Project, Black Visions Collective, Facing History and Reclaim the Block), “Ad Nauseam, I Drown” carries the baton of the continued evolution in Gatherers’ sound. Many have compared the single to Glassjaw, and it’s not hard to see why: here, too, Gatherers show off their experimental time signatures and drum beats; catchy bass licks; distorted, frantic guitars. Weinberger oscillates between guttural screams and his syrupy, almost sensual clean vocals.

Lyrically, Weinberger says this album more than any is the most up to interpretation. Confessional, narrative lyrics have never been a place Gatherers likes to occupy. They did reveal that loosely, “Ad Nauseam, I Drown” is about “the facade of relevance, and where it sits on the spectrum between purposeful art and undignified bullshit.” Maybe you can deduce that from the lyrics: “Does it taste all the same / When you pander hand to mouth / To the fashionably guilty / Off the hook you rave on and on about.” But clear comprehension isn’t really the aim here; as with any piece of art, meaning can only be deduced, not explained. There is no tangible source material for this record, as much as an emphasis on creating a mood and worldbuilding.

With a clear path forward, sitting on an album devoid of anyone’s fingerprints but their own, Gatherers seem to have all the answers. The only one they can’t provide, however, is what landscape they’ll be releasing it into.