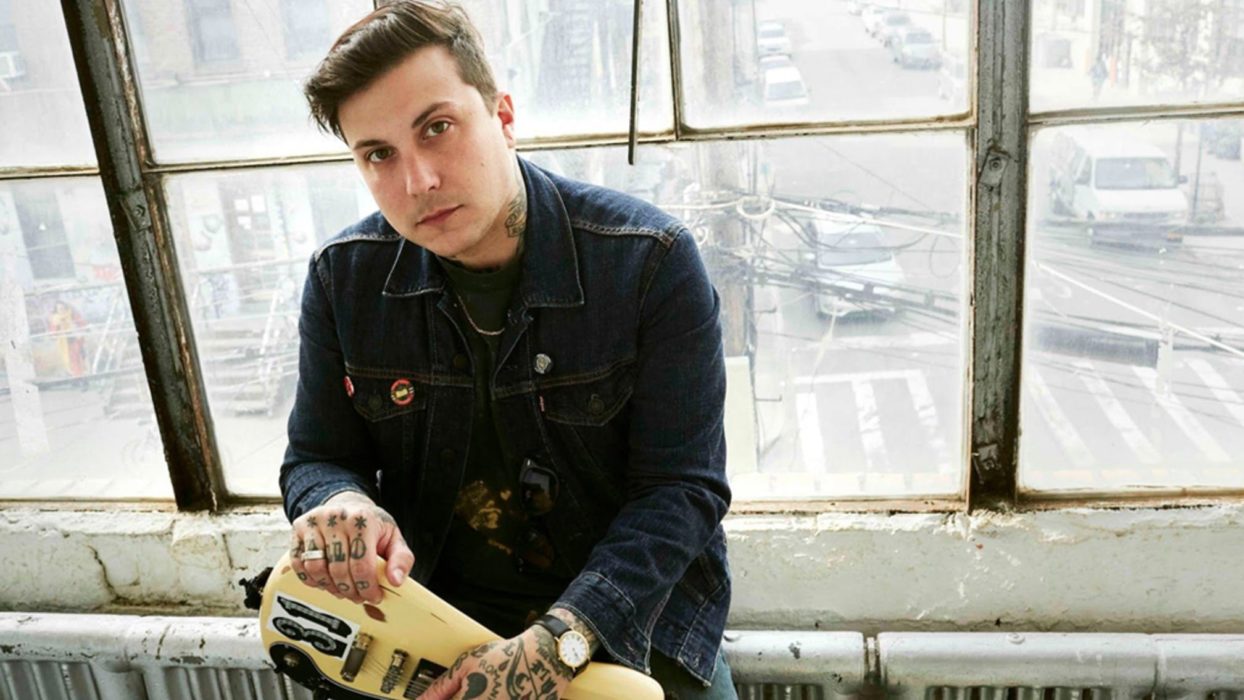 I recently had an opportunity to talk to Frank Iero, formerly of the group My Chemical Romance, about his recently released LP as a solo artist. We discussed creative inspiration for the album, and the evolution of his solo project, from its inception as “frnkiero and the cellabration” in 2014, to now, as Frank Iero and The Future Violents.

After listening to the Frank Iero and The Future Violents’ new album, Barriers, I found that it reminded me of 2000’s era Weezer, with a mix of the aggressive vocal stylings of Modest Mouse’s Isaac Brock. I asked Iero what kind of content influenced the direction of the record while he was writing it. He said he tends to “shut off while creating. I don’t like to absorb too much else while I’m writing. I might unknowingly be shaped by new releases, because the perspective of the work is changed by your lens, especially in the early stages.”

Iero also elaborated on how he frames the construction of the writing. He states, “I go in with a sound in mind, and I relate that sound to color and emotion. For example, this album is very yellow to me. I can connect that sound to feelings and songs from my childhood; just funky. 70’s rhythms that present themselves through the album.” When I asked him what “yellow” meant to him in regards to the record, he explained, “Yellow is fall, it’s where I was born. It’s like learning to fall, and getting yellow bruises, and learning from that.”

We then moved on to talk about the progression of the project’s depiction. I noticed that the Future Violents were the third iteration of Frank’s solo work, the first being the “cellabration,” and the second being “the Patience.” I was curious whether or not these name changes represented a narrative movement, or maybe a shift in style. Iero replied that “when you start a band, you have your whole life to do your first record, and then you have six months for your second. It’s about trying to avoid sounding repetitive, subsequently. That way, it always becomes a ‘new’ project.

“When I started the solo project, I got to make all the rules, so I thought, ‘Let’s do all the fun parts of being in a band, every single time.’ That lead to ‘frnkiero and the cellabration,’ which was basically time to have fun, to party. Then, with the second album, I felt like I needed to learn to slow down and think things through, so I renamed the band ‘the Patience,’ hoping it would be like a self-fulfilling prophecy. Following my accident 2 years ago in Sydney, I felt like life can suddenly be abrupt and brutal. I was afraid of that, but then I realized we’re convinced that things happen to us, when really, they happen for us in order to teach us how to get back up. With the ‘Future Violents,’ I want to go out and create that lasting footprint for the future to form around.”

The Future Violents are a sort of supergroup, with the band being composed of members like Matt Armstrong, former bassist of folk rock band Murder By Death, and Tucker Rule, drummer of Thursday. Iero says of the group, “They think uniquely and differently from me, but they compliment the music. When your in the room with musicians like that, they open you up to new sounds and paths. Getting to write with people who are better than you inspires you.”

Before wrapping up our interview, I asked Iero if he could provide some “spoiler-free” notes on the concept of the album, and if he thought it even possible, as a writer, to give details on the writing process without skewing the listener’s perspective. Iero laughed and said, “Well, I love interpretation, so this question has a cautious answer. The accident definitely ignited the dialogue for Barriers. It made me recognize things in my life that I’d been shying away from out of fear. Concept-wise, I’d say the album is about doing what scares you, falling down, getting up, and doing it again. I hope people listen to the record, digest the content, and realize that failing again and again leads to the greatest results when you succeed.”

Frank Iero and the Future Violents new record, Barriers, is streaming everywhere, so go give it a listen, and do what scares you.