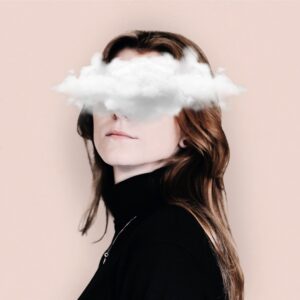 Cayley Spivey was best known as the brains behind the Myrtle Beach, SC, pop-rock project Small Talks – but pretty soon, she’ll be best known as a pop star in her own right. She recently dropped that moniker and just dropped her first official solo single, the radio-friendly “SFU,” under her own name. Without the ability to tour due to the ongoing pandemic, Spivey found a new way to connect with fans – directly through text. The Alternative caught up with Spivey to ask about the name change, the direction change, and building relationships with fans in the loneliest time in recent memory.

How’s it going? What’ve you been up to during quarantine?
It’s been awful and great at the same time. It’s given me so much time to think and be introspective about all of the stuff going on in the world and grow, both as a person and musically. I’ve been able to spend a lot of time by myself doing what I like. It’s been a period of growth and challenge at the same time.

Never heard of them. What’s Rolemodel? A band, an album?
It’s a solo act, and that’s his stage name.

What kind of music is it?
Super indie, I’d say. Like indie-pop, but more indie than pop.

I’ll have to check him out. I wanted to ask about “SFU.” Why did you decide to put that out under your own name as opposed to Small Talks?
I ended up deciding recently – within the past year and a half or so – that I wanted to really commit to being more of a pop act. Since the project Small Talks has always been me, I realized it’s not going to help if I’m constantly mistaken for a band. I decided it was time to just take the leap and do it. It felt really right to me to start fresh. Of course, I still want to leave all the Small Talks stuff up, so that’ll always be there. But the music going forward will be under my name.

So Small Talks was always just you with other people helping out, right? Did you also write all the music?
Yes, absolutely. I do have a co-writer, though – my producer. In the studio he’ll be there and help me and get really involved.

When did you write “SFU”?
I think last year – it was actually one of the first pop songs I wrote. We sat on it for a really long time because honestly, we felt like it was really special and we wanted to make sure it came out under my name. That was a lot of switching things around. COVID also threw things back a while. Did not make things any easier, that’s for sure.

When exactly did you decide to take such a pop-forward direction?
Probably a year and a half ago. I always knew I wanted the band to break into the mainstream. I’ve always wanted to forge my own path and every mainstream artist seems to do their own thing. I never thought too much about genre ever, but the more I wrote, the more I blended into that indie-pop sound. I finally decided this was my genre, where I could both find my place and make it my own at the same time.

I feel like about half of A Conversation Between Us definitely points in that direction, especially knowing now where you’re going after. Songs like “Thinking of the Sun” and “Bed” are definitely super pop.
I think so too. I mean, that was a period of discovering my sound. That definitely got styled in.

Do you have any favorite pop artists?
I like Rolemodel. There’s one other, Evan McIntosh, who’s really cool. And Clairo, of course. I love Clairo.

As everyone should. I wanted to shift gears a little bit. I’ve been really impressed, as a fan of yours, with how you’ve been doing fan outreach. How did you get the idea for the whole texting situation?
That came about last year. There’s starting to be this community – kind of like an app, but not really – it’s like, this safe texting number. The fan is safe, I’m safe – and there’s no weirdos getting my personal phone number. So, it’s not like just anybody can text or call me. I saw other artists doing it. I follow Cameron Dallas, and he’s the first artist I saw doing it. Then, I saw people like Ellen DeGeneres, all these talk show people, doing this texting thing, too. It was really cool. Obviously, being huge stars, most of them don’t text back. So we ended up submitting to this new app service and just hearing back a couple months ago. I guess it’s hard to get the number. It’s a long process. It was really cool when we got it. I’ve been using it a lot and I really like it. It’s so cool to be able to have those interactions.

I also want to ask about how you’re a minor TikTok celebrity. Even people I know who aren’t familiar with your music have seen you on the app. How did that start?
That’s wild. It’s probably because I post so much. I started last December, I think. It started on the tour we did with A Will Away. We had a lot of fun and made all these funny videos. My manager texted me before the tour and told me to check it out because some artists were getting a lot of attention on there. I decided to give it a shot because I had loved Vine. I love silly little creative apps. I love building online aesthetics on band accounts. There’s some creative fun to it. I got this video of “Better for It” that went viral and picked up fans. I started being way more open about my sexuality on that app than ever before. I wasn’t usually super loud about being LGBTQ at all, but that app helped me find a lot of ways to put my personality into it. I didn’t feel there was a lot of opportunities before on apps like Twitter or Instagram. Twitter is where everyone goes to complain. I go to Twitter to say stuff I know I shouldn’t. 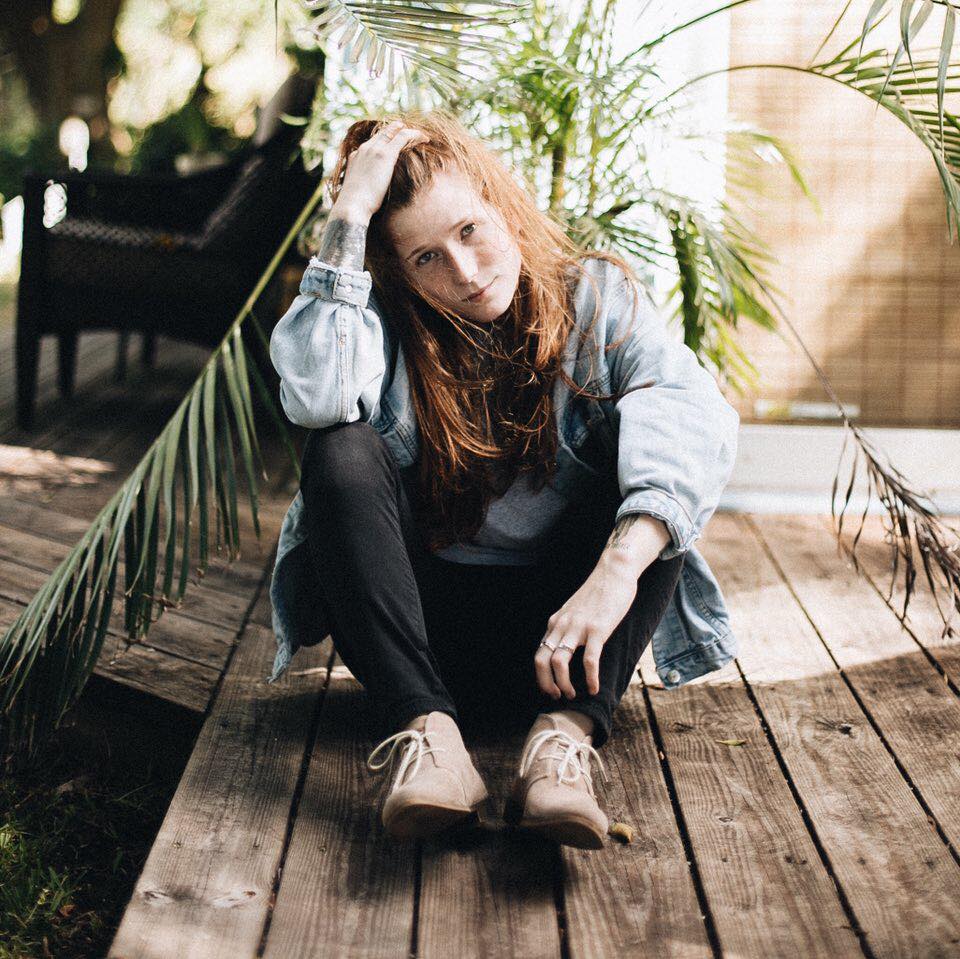 I know when I saw you last year with Small Talks, there were a lot of fans in the audience who you knew by name and you talked to throughout the show. So mostly, I’m impressed that you’ve been able to keep up that sort of relationship during the pandemic. How did you cultivate those sort of intimate relationships with fans?
I think it comes from my childhood and who I am. I’m a big people pleaser, I love to make others happy. And I’m an introvert; whenever I’m the center of attention, my instinct is to deflect that. When a fan of mine would give me attention, I’d shoot that back like a rubber band. I love to romanticize normal life. I’m the wallflower type. Every conversation I have matters, and sometimes they inspire me. A lot of the songs I write are about things people shared with me. This COVID situation gave me so much time to focus on that.

It’s good to hear some positive coming out of such a poor situation.
Yeah, it’s hard. I really worry for the music industry. I’m certain – and it’s unfortunate – there will be bands who don’t make it out. We don’t see an end in sight and there’s a lot of bands who can’t adapt. They can’t afford to do livestreams. It sucks. I feel awful for bands just sitting there, wondering when they can get back out there. I’m worried about live music in general. I’m happy there’s online stuff – it’s cool, but it’s not the same at all. It’s never going to be, even if we step up the livestream game.

Not depressing at all. What can we expect from you in the future?
A lot of singles coming. We’re probably going to package an EP. We’ve been talking about that. New music very, very soon though. I’m excited.