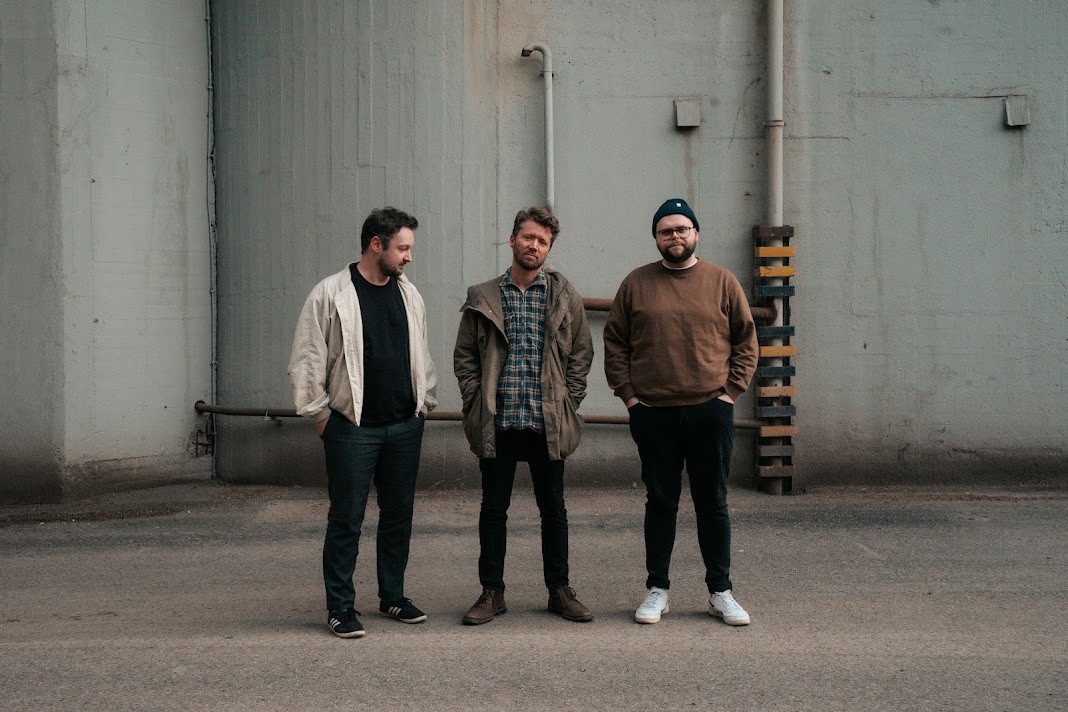 Probleman is a sort of supergroup in the Norwegian emo scene. Members Mathias Østrem (guitar/vocals), Ludvig Rølvåg (bass), and Morten Andre Samdal (drums) have been part of the scene for years, and they’re only getting better. Check out an interview with the band below, as well as an exclusive premiere of the video for their newest single “Ke som e feil.”

Every member of the band has their field of interest. Morten is our emo dad with a long history with the genre and is especially fond of the ’90s scene with bands like Mineral, Knapsack, Appleseed Cast, Promise Ring and Christie Front Drive. For Mathias it’s the post-2010 emo-revivalists and the fifth wave emo-scene that was the catalyst for starting the band. American bands like Free Throw, Algernon Cadwaller, Snowing, Flight Patterns, Glass Beach, and Macseal just to name a few. But also the Japanese Emo scene was a big influence in starting to write songs using our native language and dialect. Shoutouts to amazing Japanese bands like Falls, Arigarnon Friends, By the End of Summer, Acle, and Haiki! Lucky for us there is also a growing Norwegian Emo-indie scene these days. Everyone needs to check out Spielbergs, Flight Mode, You Could Be a Cop, and Onsloow!

How do all the members’ backgrounds play into the band?

This band is just a mish-mash of different backgrounds. Before starting Probleman the members have been doing multiple different projects in Norway both as artists and producers in genres like reggae, dancehall, hip hop, triphop, electronica, and post-rock. I think that our varied background is a good thing but it won’t mean that we suddenly release an indie-reggae-post-rock–triphop–emo-tune. Good songs triumph over eclectic songs, says Mathias.

Do you have any plans for a full-length?

Since the fall of 2021, the goal has been to make a full-length album. We are lucky enough to have a studio situated down at the docks in Trondheim. All our songs are rehearsed, recorded, mixed, and produced here. The place gives us the space to write and record and take our time with the songs. The plan is to start recording our debut album in the coming summer and release it in the first half of 2023. Expect catchy hooks, melodic choruses, melancholy, high energy, and twinkle-guitars.

What else is Probleman planning for the rest of 2022?

Right now we are planning on releasing an EP this fall, and actually start playing shows! And we will continue to write new songs all the time. Morten is taking his kids to an amusement park in southern Norway. We will also try to learn the very sophisticated card game Pharaoh, which has been developed by Youth Pictures of Florence Henderson for the last 14 years.

The music video for “Ke som e feil” is a compilation of skateboard footage from the glory days of skateboarding, the mid-2000s. The footage is lifted from different skateboard edits from 2005/2006 featuring skaters from the rural villages, cities, and towns around the Arctic Circle in Northern Norway. These movies were made with DV-cams and edited with the finest software home computers back then could offer, Windows Movie Maker. Seeing the footage now 15 years later I can still remember getting the files through burnt CDs. It’s nostalgic, to say the least. These guys skated all year round, built boxes and rails, and even skated their way through the cold Norwegian winter.