Home  >  Interview: Amyl and The Sniffers Discuss Their New Record “Comfort To Me”

Interview: Amyl and The Sniffers Discuss Their New Record “Comfort To Me” 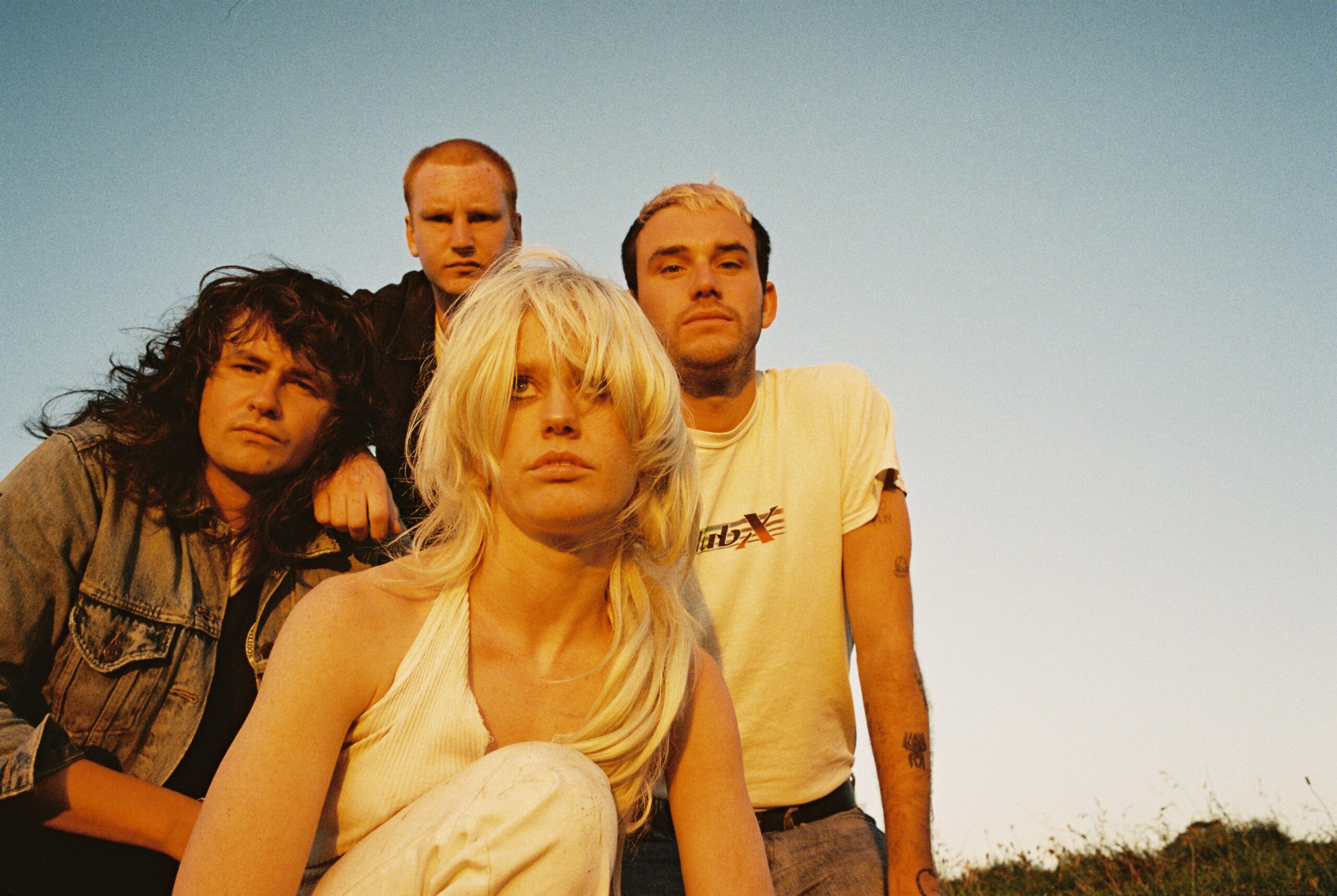 Amyl and The Sniffers are the resurgence of traditional punk. If CBGB were still open, the whole place would be filled with their music and attitude. A band that truly speaks to a young generation of women that aligns closely with the #metoo movement and 3rd wave feminism. Yet, when speaking with Amy Taylor and Dec Martens, this comes naturally to them. It’s this effortless “cool” that makes “Comfort To Me” so special. Sarah got a chance to speak with both of them about the record and the band in general.

Your band exudes the roots of punk ethos, can all of you talk a little bit about how you discovered punk and what punk means to you?

Dec: When I was a teenager I liked Nirvana a lot and they said that they listened to punk, so I did some research on some punk bands. That’s how I got into old punk. Then I got into some more punk through Melbourne and that was a lot more contemporary. Really got into that scene.

Amy: Yeah I kind of just went to all ages shows when I was a kid and loved live music. So for me it wasn’t really an ethos or anything like that until I got older and started looking up singers of more traditional punk bands. Like Minor Threat and X-Ray Specs.

How did you decide on your sound? What was the process like in finding your sound?

Over both of your albums you tend to explore themes of gender and societal attitudes towards sex, why do you think it’s important to speak about these issues via the platform of music?

A: Well, I don’t even really think about it like that. It just oozes out of me because it’s just my experience. It’s just realistic for me. Just like I’ve had different experiences in every job, and everywhere I go. As a female singer, for me, my lyrics are naturally geared towards that. Whereas for a male singer they can’t sing like that because they don’t have the same experiences and perspective. I think it works well because for so many people they’ve experienced this as well. It’s an experience they want to hear and they want to talk about. It introduces stuff to men that they may not think otherwise.

How easy is it for you to be vulnerable and why?

A: Pretty easy sometimes. Sometimes it’s not. It depends on the situation, really. Lyrically it is because it’s realistic and I don’t want to hide anything whether it’s good or bad. I think I do keep some stuff private, but I think vulnerability is important.

You titled this record Comfort To Me, why that title with this kind of lyrical content?

A: The lyrics “comfort to me” I think come from the 6th song on the record which is “Capital” which is one of my favorite songs as well. “Comfort to me, what does that even mean? One reason, do we persevere?/Existing for the sake of existing, meaning disappears.” It’s kind of saying, nothing means anything. If you’re doing something for a reason, you’re lying. It’s manualistic by injecting positivity so it feels more important. It really just means nothing. We’re all here for something, but we don’t know what that something is. So, comfort to me can be a punk show or a fast car or something.

Let’s talk about the record, what was the songwriting and recording process like for you?

D: We had a lot more time to write, obviously because we’re not touring. We all live together in the same house. Which you think would make it very ideal for writing but, we weren’t very productive. It was crazy when we recorded the album because we had to get a film crew in to film it all because that was our loophole permit to record the record. At one point in lockdown you couldn’t even have guests over. So seeing the producer and the engineer when we recorded was a massive trip really. It was in the middle of a bit of a lockdown “crazies” when we recorded it. Now it’s weird because you typically release the record and you tour, but now we released it and it’s just there.

I’m sure you get asked this question a lot, but who are some of your musical influences?

D: There’s this old Aussie punk band called the Cosmic Psychos. They’re one of the biggest influences on us. I think Motorhead was an early influence. I’m getting back into them now. AC/DC a bit.

A: X-Ray Specs for sure, but I didn’t even know them until we started the band. This one girl was like “You sound like X-Ray Specs” and I said “Who the fuck is that?” and I looked them up and loved them. Cosmic Psychos for sure. In the early stages of the band, The Runaways. A lot of Minor Threat and Jungle Pussy.

I think fashion is something that is a part of the Amyl and the Sniffers “brand”, what about fashion do you like, and if you had to describe the fashion of Amyl and The Sniffers, how would you describe it?

A: I actually don’t think about it too much. I do like to indulge in vanity, but I don’t like to indulge in trends. I’m actually really repulsed by it. We’ve done some fashion stuff before, which is really nice. It just means we’re appreciated by people in the fashion industry which is pretty special. I just like clothes that make me feel nice and confident. I like being agile.

At shows, there’s typically an aspect of violence that comes with being a punk band, what is your attitude towards that?

A: I support consensual violence. At most shows if someone falls people help them back up. It’s not a physical fight, it’s more an expression of aggression and just some pushing and shoving. Nobody gets painstankenly hurt most of the time. The shows I went to when I was younger had a space for people who didn’t want to be a part of that as well. It’s kind of segregated to the people who want to partake and those who don’t.

What do you hope listeners get from listening to “Comfort To Me”?

A: I want them to feel anything or nothing, it’s up to them.

You can listen to “Comfort To Me” everywhere now.

The Alternative is ad-free and 100% supported by our readers. If youâ€™d like to help us produce more content and promote more great new music, please consider donating toÂ our Patreon page, which also allows you to receive sweet perks like free albums and The Alternative merch.