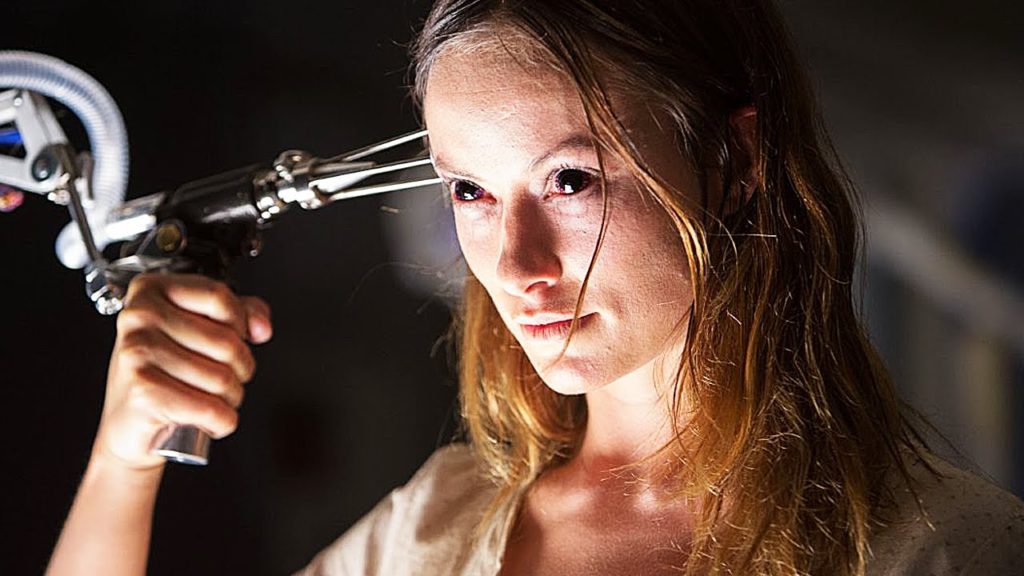 In One Sentence: A scientific crew discover an agent that can bring people back from the dead.

Why You Should Watch: I contemplated whether or not I should write about this movie because it’s so and so. There is a great cast of actors here and from the looks of the idea it seems pretty awesome. Researchers discover a way to bring people back to life and do so in a laboratory. Already there is a pretty great idea because it is claustrophobic and one thing about horror movies is there ways of utilizing such material is pretty well thought out.

So what is the main flaw about The Lazarus Effect? Well this movie just could not figure itself out completely. There is a lot of typical horror elements but a bit too much trying to have an opinion or social commentary on other things: science, religion, zombies and sexual tension.

That indecisiveness to decide what should be in the constant realm of focus makes for a rather jumpy (sometimes lead by scares) movie that is choppy in its elements. Not to mention the script was pretty horrendous at times. I did not know a bunch of scientific braniacs would utilize the word “hot” (like a mindless man zombie) to describe another character. Also, poor Donald Glover, I mean, I just don’t care at all that he is in love with Olivia Wilde. The emotional connection between everyone is pretty weak to be honest.

Anyways, freak lab accident causes Olivia Wilde to become a zombie but with enhanced abilities (the whole ‘how much do we use of our brains’ narrative also makes an appearance) and she basically becomes more than a superhuman, she becomes a telepathic, telekinetic, reality altering, bone crushing and shrieking beast. People know that things are not ‘normal’ but can’t let her out on the streets because her intelligence is still in tact. This plot line is great and could have been fleshed out into something more than mindless and terrifying, but I think it became too smart for it’s own good.

People die, there’s some pretty gruesome deaths actually. The shots used in the film are pretty generic with a few sticking out (the dark hallway scenes). This is a movie to gather a close friend and just chill out during the month of October. It’s something where you can relax at the end of a long day, mindlessly scroll reddit and be at least entertained by it. I guess the ending is semi decent because we find out psychopaths always start young…