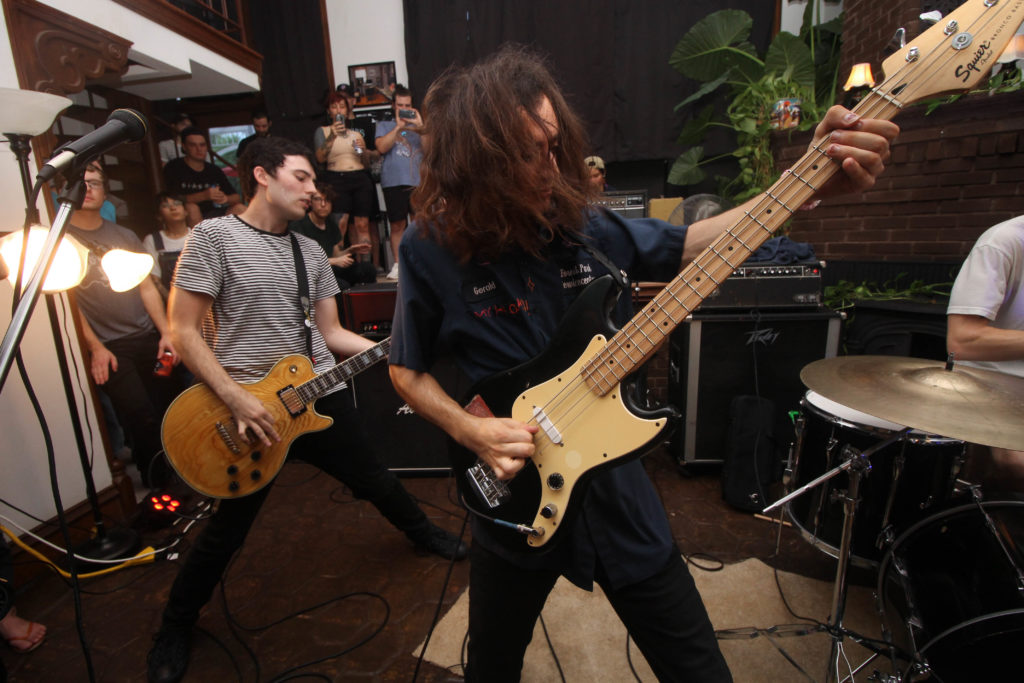 This Labor Day, with only two days of prep time, DIY power couple Kory Gregory (Prince Daddy and the Hyena) and Zoe Reynolds (Kississippi) threw a banger for the last show at the Gregory household: Prince Daddy, Kississippi, and Ratboys at the Ice House. About 30-50 people crammed into the Gregory’s common room, bringing with them burgers, brats, Bud Light Limes, and vegan options. Walking into the absolutely beautiful house, it was clear that the show originated as a gathering for Gregory’s family that got expanded into a veritable “who’s who” of the DIY music scene. 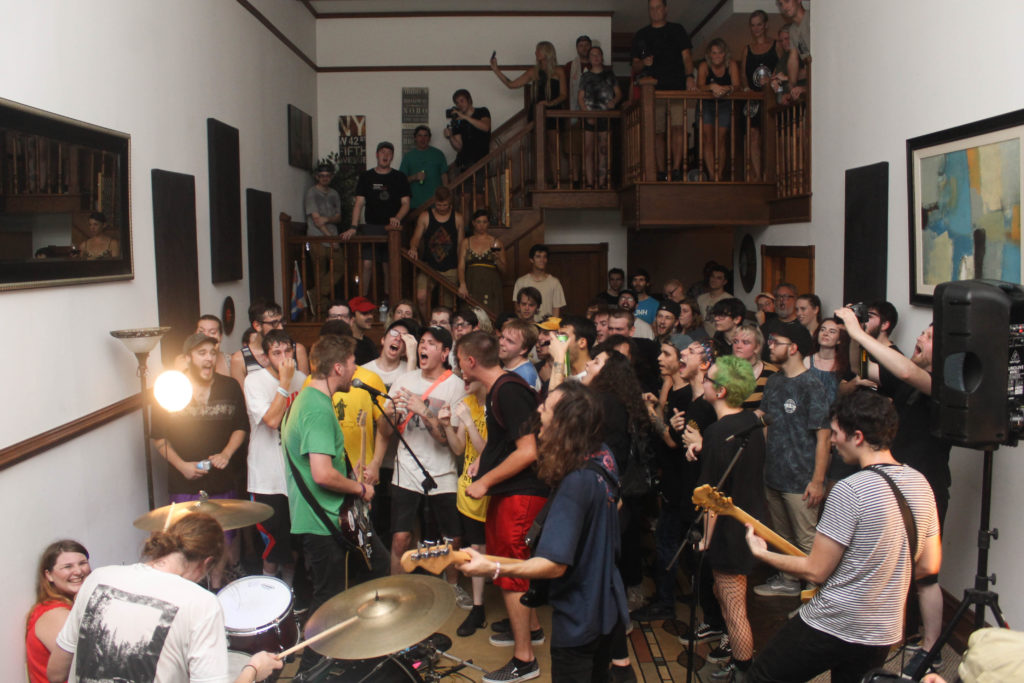 I spoke with Reynolds after the gig, and she told me that the show was actually an idea proposed by Gregory’s parents. We talked a bit about the overall feeling of family that everyone in attendance emanated, and it seemed that everyone really agreed on that. During Kississippi’s set, Avery Springer (Retirement Party), thanked the “family” for coming out and spending the holiday with them. In the middle of the Prince Daddy set, Gregory addressed the crowd, saying, “It’s Labor Day, and you could be at home with your families, but instead you’re here with our family.”

Ratboys kicked off the night with an incredibly lively set that got the whole room moving right away. Julia Steiner even advocated for a pit during their performance, which if you’ve ever heard Ratboys, is not a common practice. The sense of family and the legacy of the venue radiated from the band as Steiner mentioned the previous two times that they’d played the Ice House (both on New Year’s Eve). She then thanked the crowd for catching their songs before playfully referring to Prince Daddy as the “house band” and Kississippi as the “new house band.” 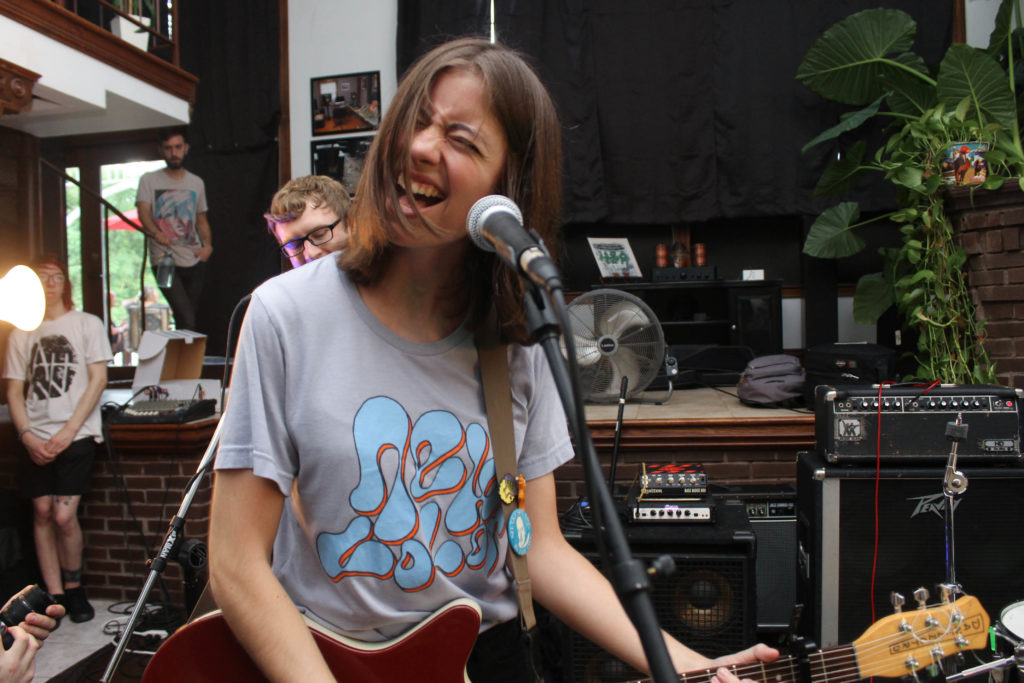 Kississippi’s set was full of energy. I’ve only ever seen Reynolds play solo, so to get the full sound of her very talented backing band behind her was a real pleasure. In the midst of a particular rocking bridge, she blew a surge protector, but the band saved face perfectly (not that anyone really seemed bothered). About halfway through their performance, she commented on how much bigger the crowd was than they had expected, exclaiming to Gregory that they’d “sold out their house!” The band closed out with Gregory getting on stage to play guitar for “Cut Yr Teeth.” 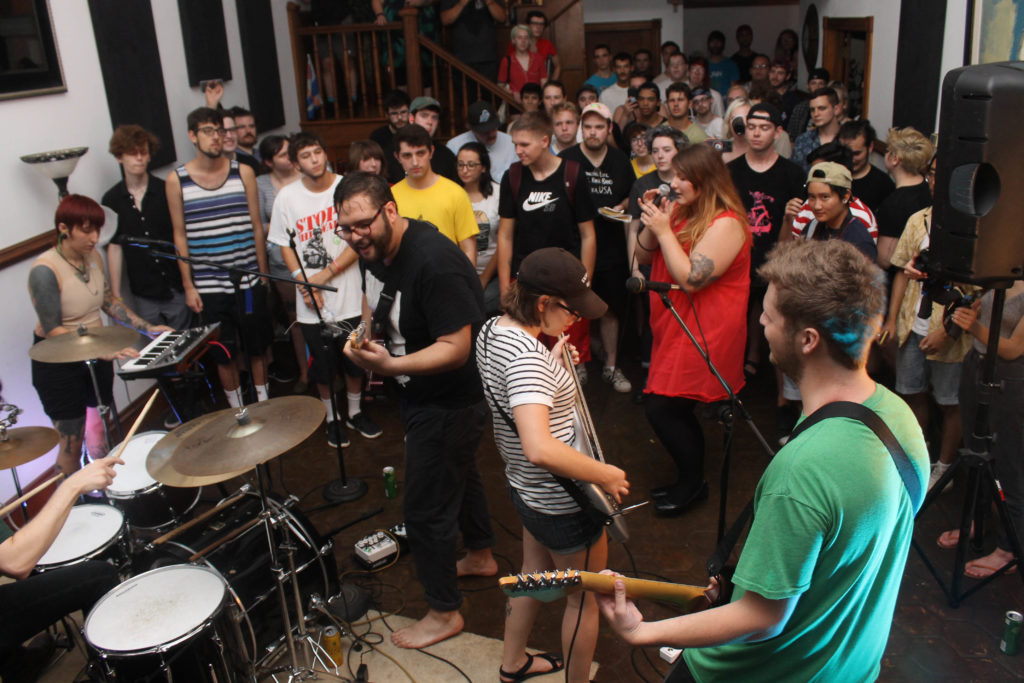 Finally, the “house band” set up to tear shit down. What can I really say about it, other than that it was a hometown P Daddy set? The band opened with a new song (that was great, just a heads up), and led into “I Thought You Didn’t Even Like Leaving,” which exploded among the crowd. Of course, this was just after Gregory encouraged people to “jump around and push each other,” just without destroying the house. “That’s what I meant by ‘respect the house.’” The entire set was like a huge party, given that the band was in its prime element: house shows. Since the last time I saw the group was at The Linda in Albany, a classy theater venue, it was nice to see them in their natural environment again, even if it was a floor or two above the usual setting of the basement. 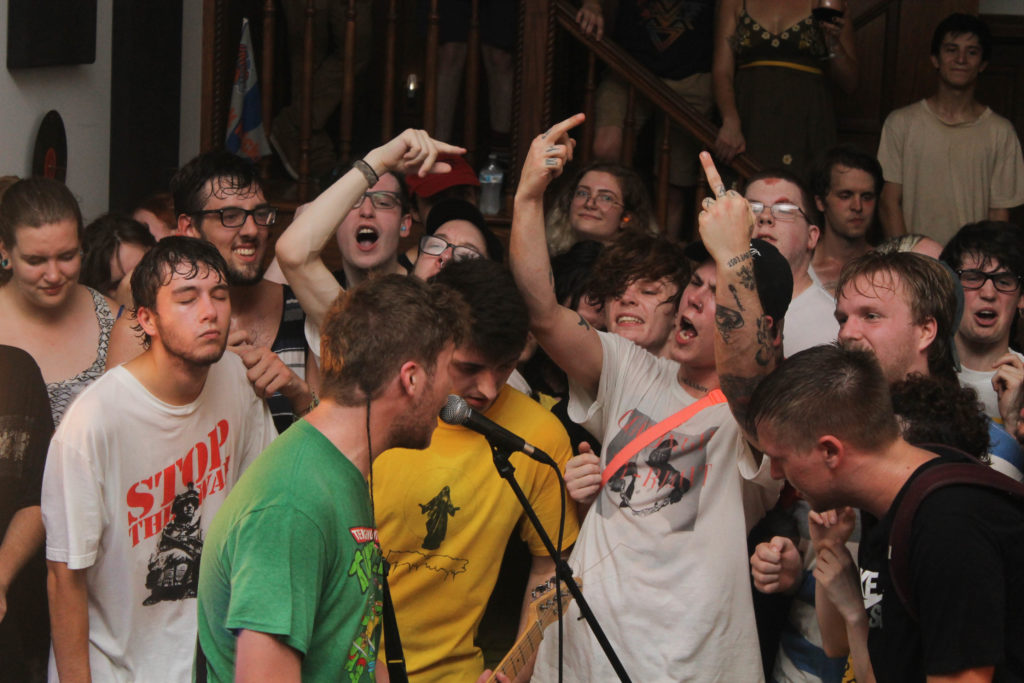 I caught up with Kory just before the party cleared out and asked him about what the Ice House meant to him, and to the history of Prince Daddy. He told me that “booking shows here gave me the platform to get involved with music even before I had my band. Those connections are what led to the creation of Prince Daddy and the Hyena, and I’m really grateful to have that opportunity.”

The show was a real example of what DIY music should embody: friendship and family that support each other and express themselves through a common, artistic medium. We need to keep house venues and the sense of community among DIY artists alive, because we’re all the best support systems for each other. Foster art in every way, and use the Ice House as a blueprint, because, even if you’re not a creator yourself, you’re still family. 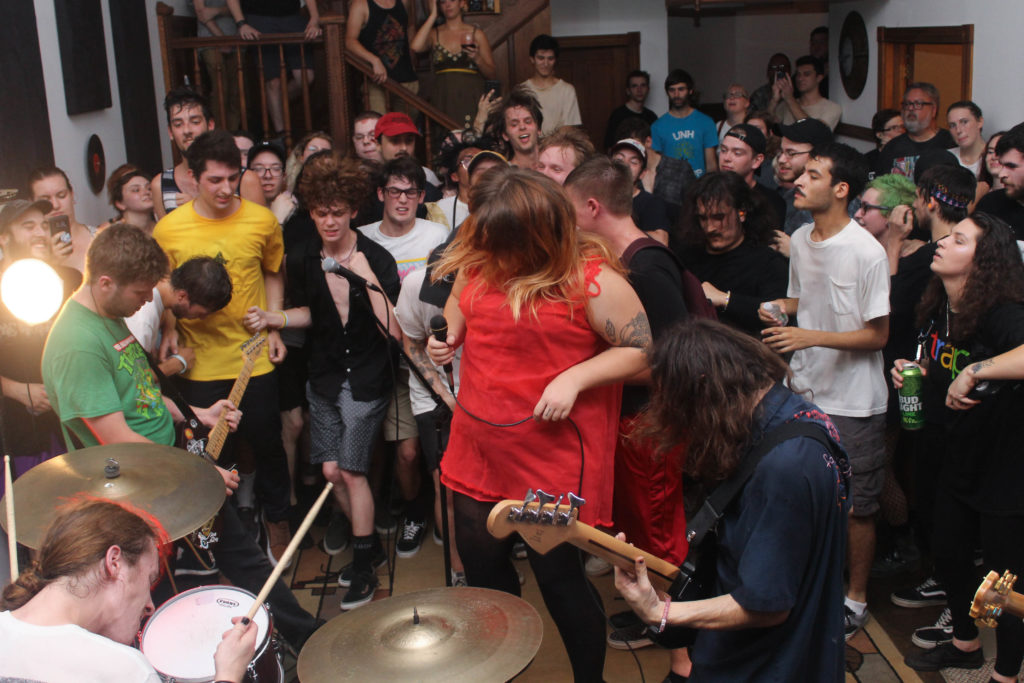