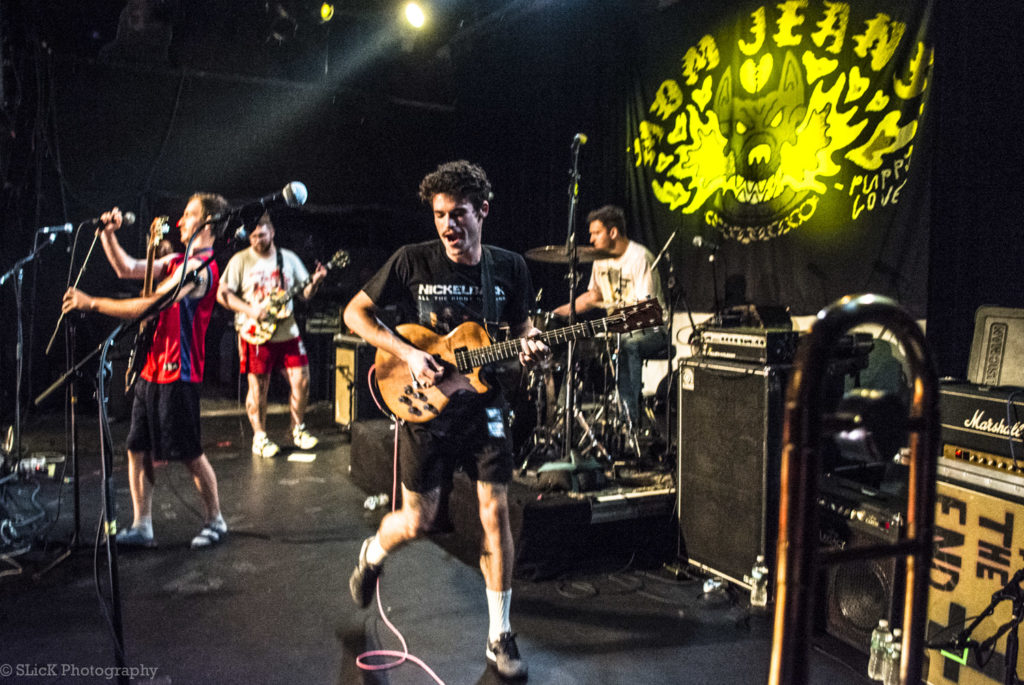 From the moment this tour was announced it seemed that the fans of Counter Intuitive Records projects have had their wishes come true. An overcast of clouds and hints of sun peeking through claimed November 2nd as many people sporting high-top vans and merch came flooding through the doors of the Music Hall of Williamsburg. The lineup of Retirement Party, awakebutstillinbed, Just Friends and Mom Jeans is an ultimate bill. All bands releasing amazing records in 2018 to be celebrated and for some introduced to the massive crowd in Brooklyn. Filled with an immense amount of energy, this show was one that will be locked in my memory bank forever.

Chicago-based band, Retirement Party opened up the night. Playing songs off their debut album Somewhat Literate, the band had a certain ease and comfort to their performance. Lead singer and guitarist Avery Springer having some banter between songs and absolutely shredding through each song made those who love this band proud and those who’ve never heard of them ask who they are. The lyrics from their single and fan favorite, “Passion Fruit Tea” made heads turn in solidarity. With Retirement Party returning to Brooklyn in late December to open for the Get Up Kids, there for sure will be a new wave of fans to attend.

California based emo band, awakebutstillinbed, is a band that seems like a gem when discovered. Their balance between lead singer Shannon’s raw and intense vocals and the often times jangly guitar riffs is what makes their sound unique. Their debut LP was released in early 2018 and has gained a lot of traction since.

Releasing the widely popular LP Nothing But Love earlier this year, the R&B, Soul, Power-Pop, Rock and a billion other genres mash-up band Just Friends hit the stage and the crowd like a ton of bricks. Sam Kless yelling out to the crowd “Who chop it up?” to get the crowd ready for an overwhelming and incredible set. Beginning with a short 2-song set by Bart of Graduating Life, the energy from the shock of it was already one that you can smell through the air. Singer Brianda howling through the mic with force that made all eyes go to her. It’s so evident that the power that Just Friends has is more than just what the songs are about. The band acts in such a coordinated and respectful unit that you can’t help but feel like you are a part of something much bigger. Ripping through a massive set list including “Supersonic”, “Graduate”, “Nothing But Love” and “Welcome Mats”. During “Welcome Mats” the band brought on the lead singer of Save Face to sing. A massive amount of crowd surfers started to swirl around the venue during the song, signifying again that Just Friends puts a spell of positivity over anyone who listens to them. Halfway through the set, Brianda and Sam took a moment of silence for those who lost their lives in the Pittsburg shooting. Noting that to enact change everyone should go out and vote. To “fuck hate” and “make your voice count”. Using their influence as a platform to speak about these issues is one of the admirable things that the people of Just Friends use to their advantage.

After the release of their 2nd LP Puppy Love it has appeared that the power-pop/emo group Mom Jeans has hit again with another set of emotionally vulnerable songs. Lead singer Eric Butler, who has talked to us before about Puppy Love has said that music and performing helps him out a lot in his personal life and with their mental health. It seems the same goes for the fans of Mom Jeans. Many screaming out the lyrics as if they were their own thoughts and feelings. Mom Jeans without a doubt has opened the doors for many to feel like they’re not alone. Eric’s energy, along with bassist Gabe, guitarist Bart and drummer Austin hold a collective spirit that encapsulates the Mom Jeans sound. A powerful relationship between instruments, lyrics and delivery that makes each song feel like an individual treat. Playing songs off of both Puppy Love and Best Buds including “sponsor me tape”, “Edward 40hands”, “Shred Cruz” and others. The energy and love that the entire band uses during their performance just comes to show how connected they are to the music that they play.

You can catch any of the bands on the rest of their tour. Mom Jeans and Just Friends are also playing in Europe next year. Embrace the music you love in any way you can. 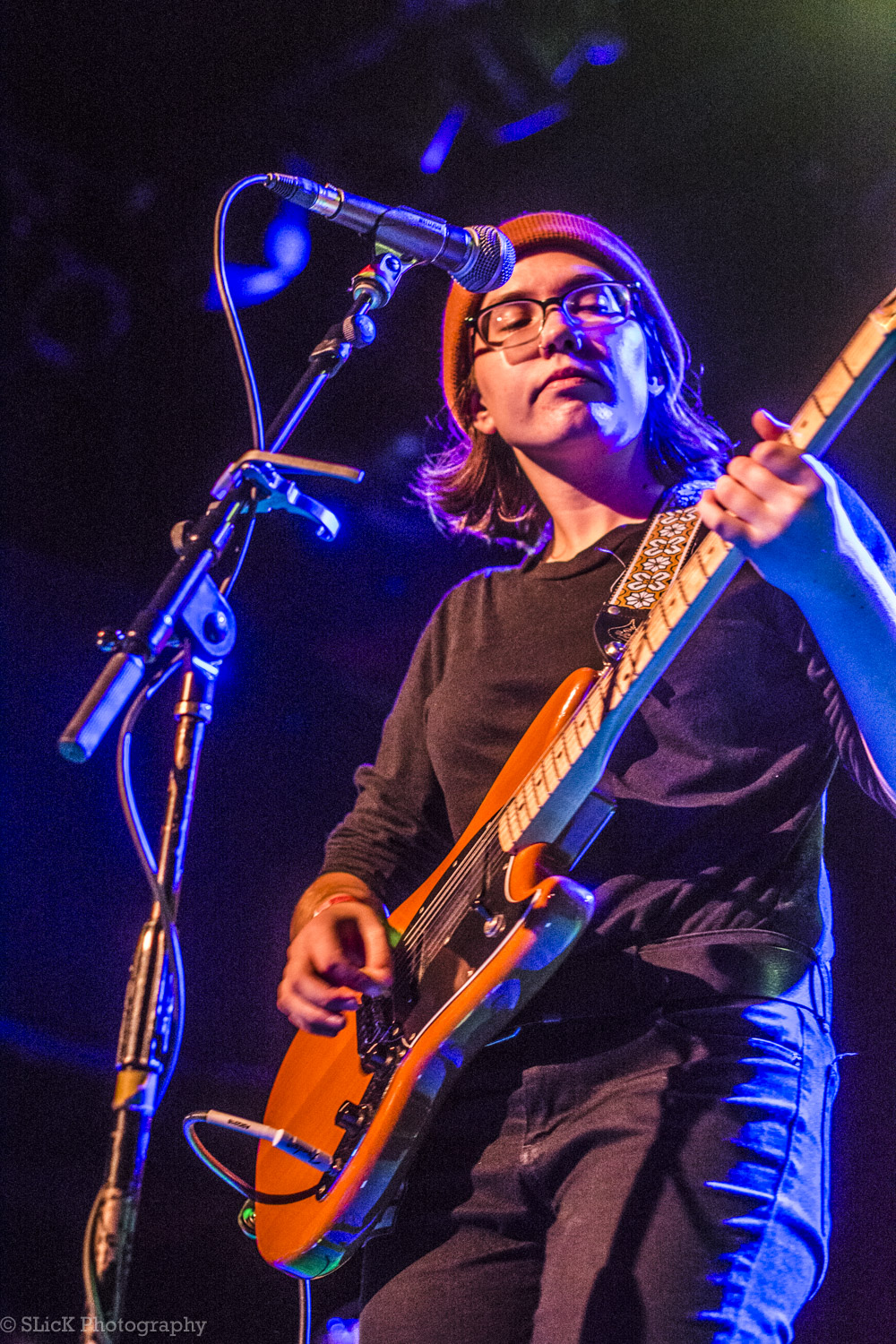 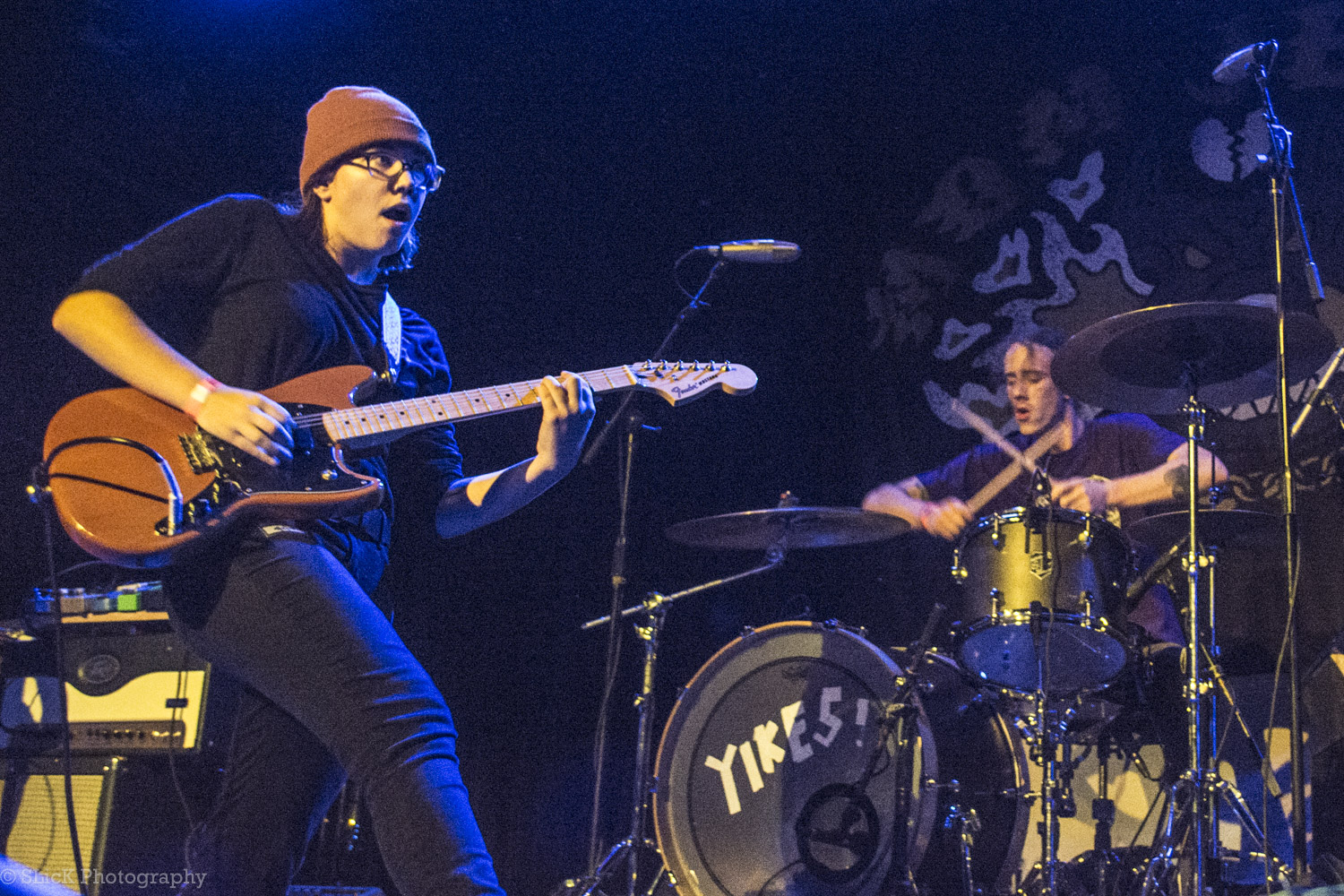 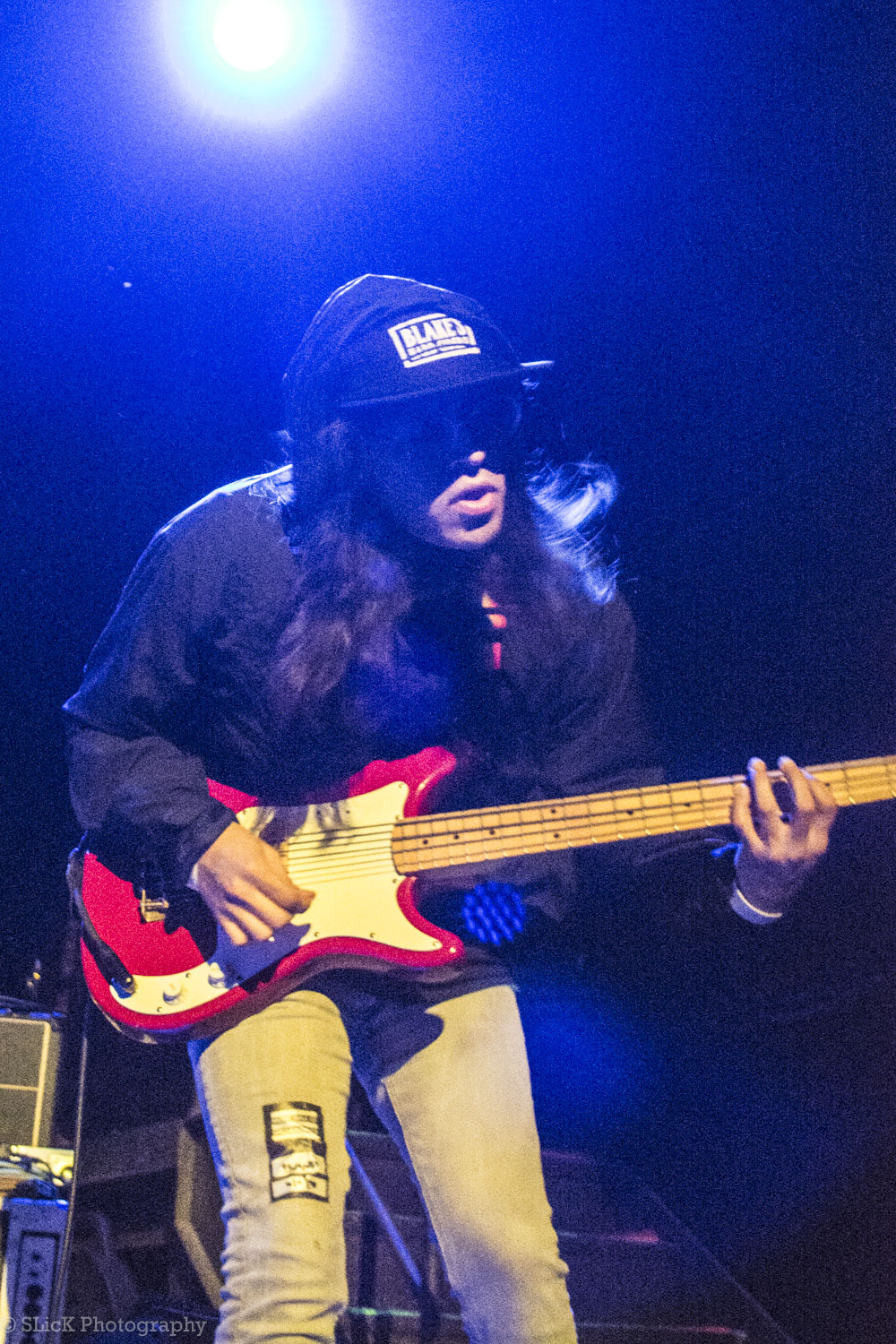 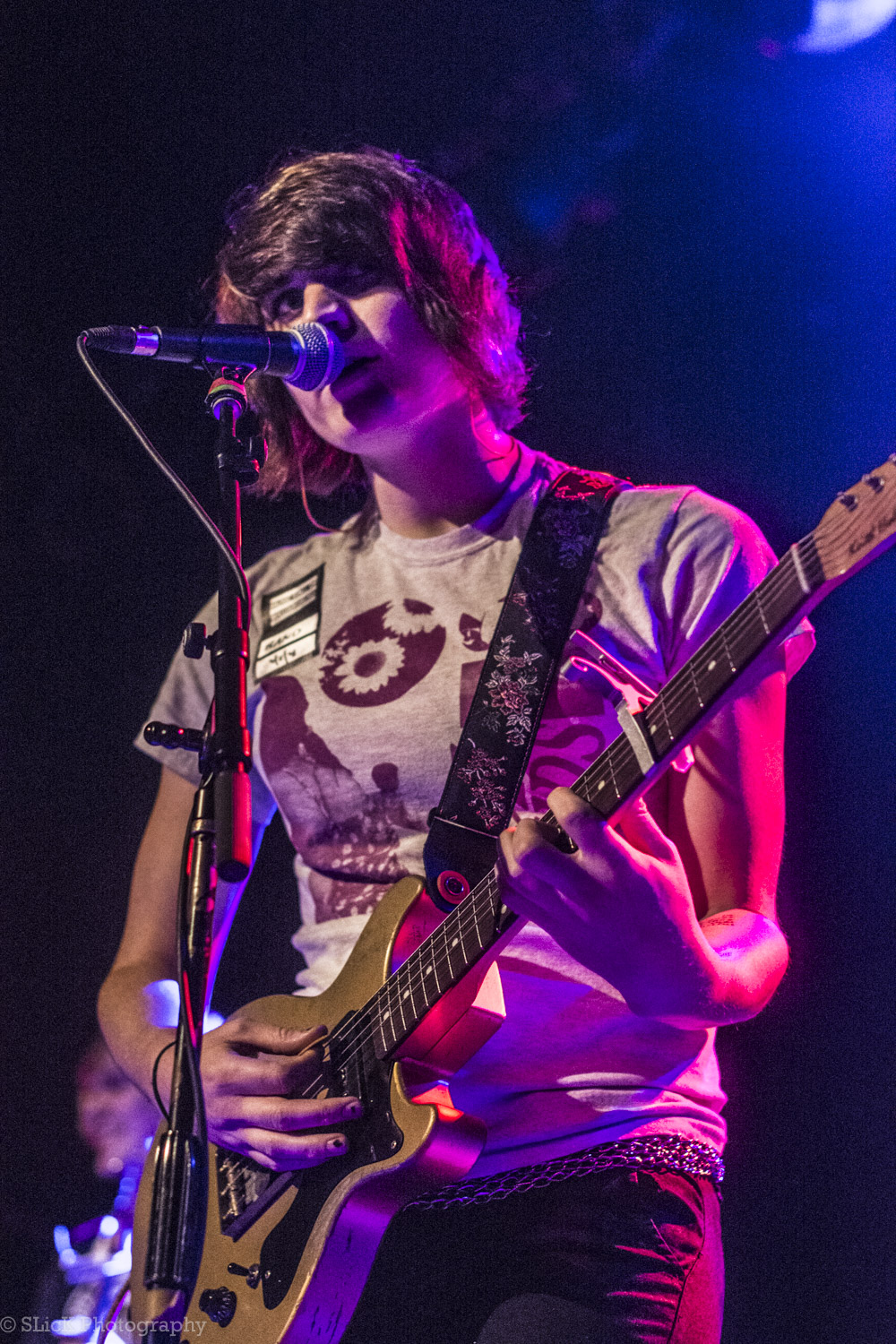 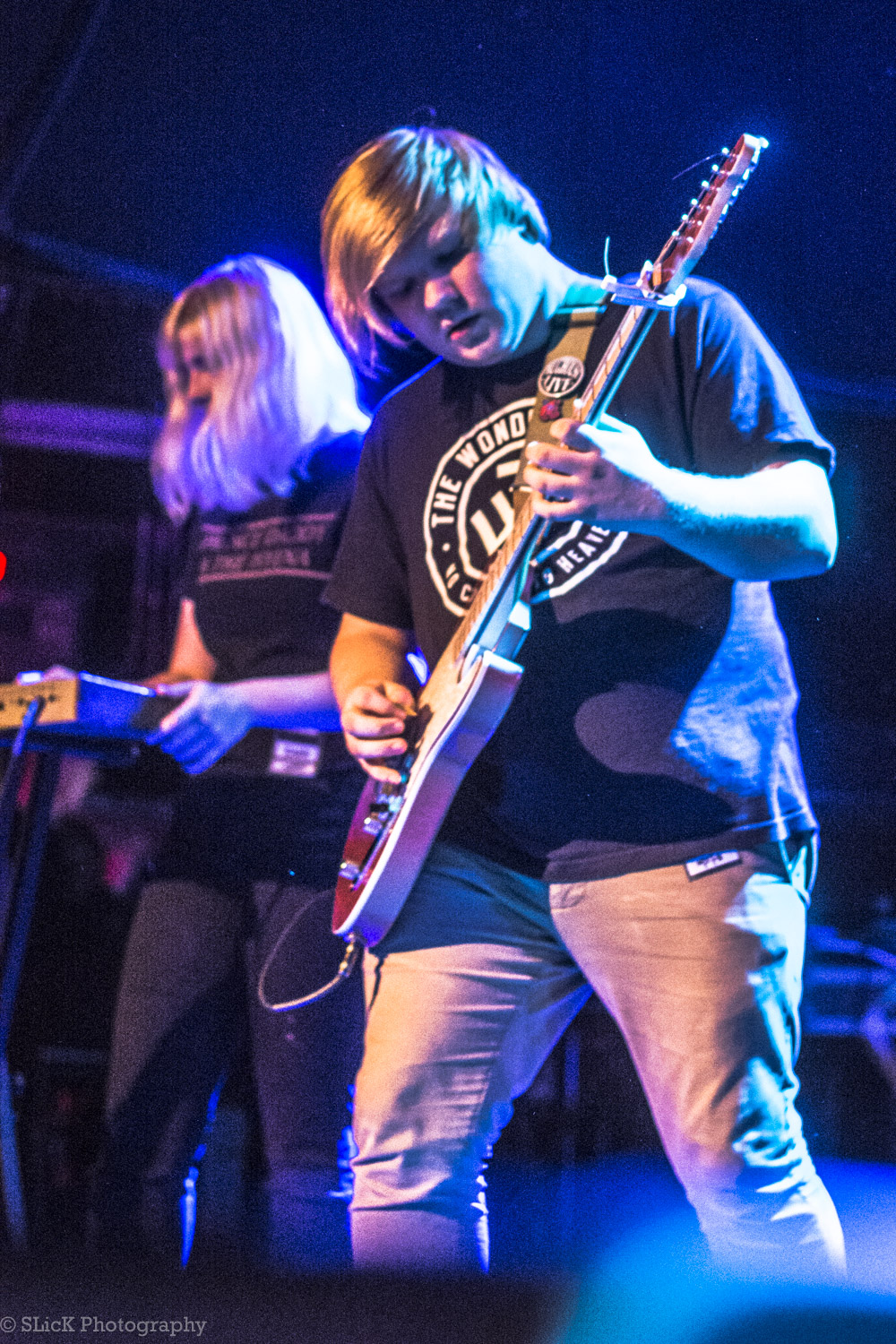 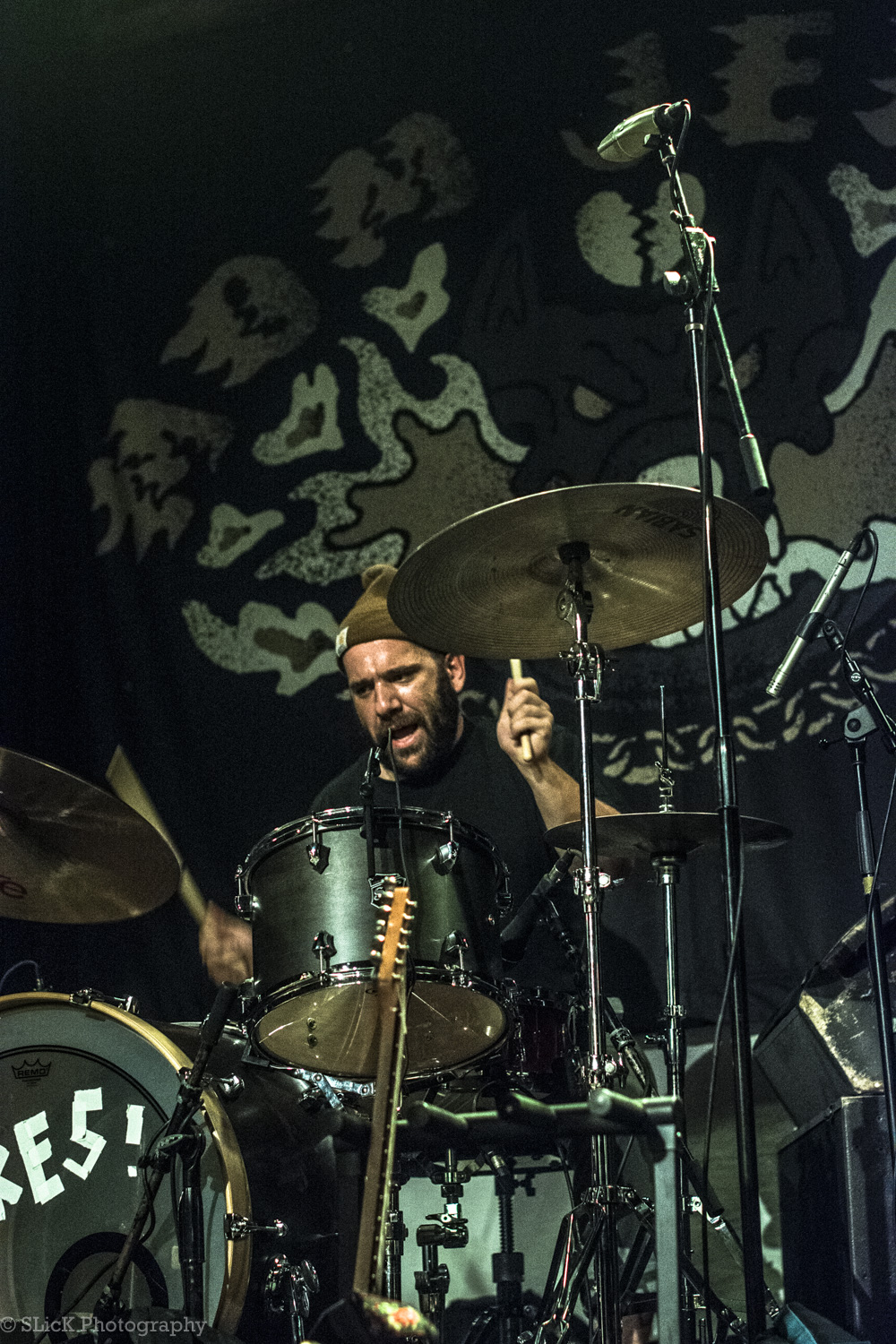 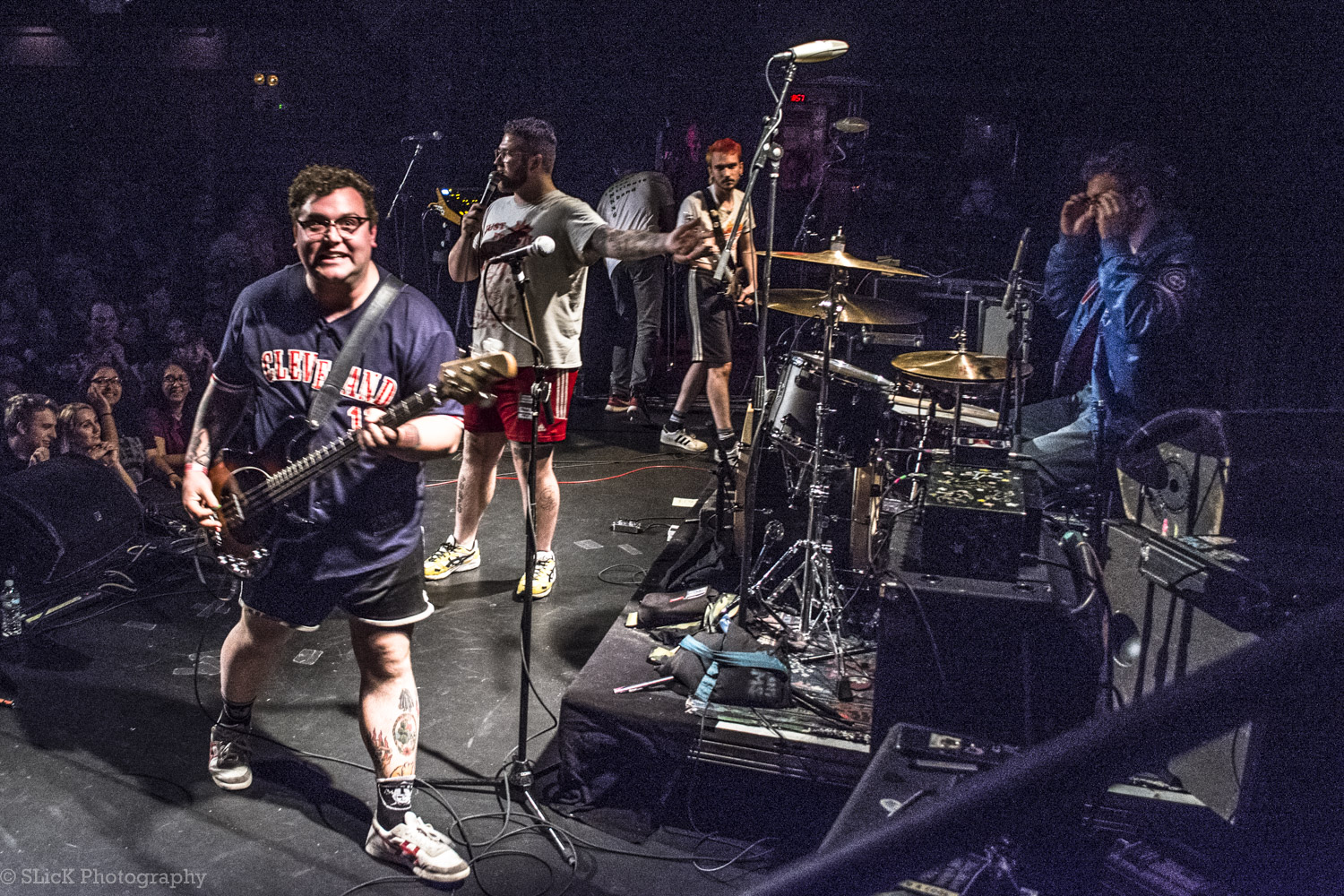 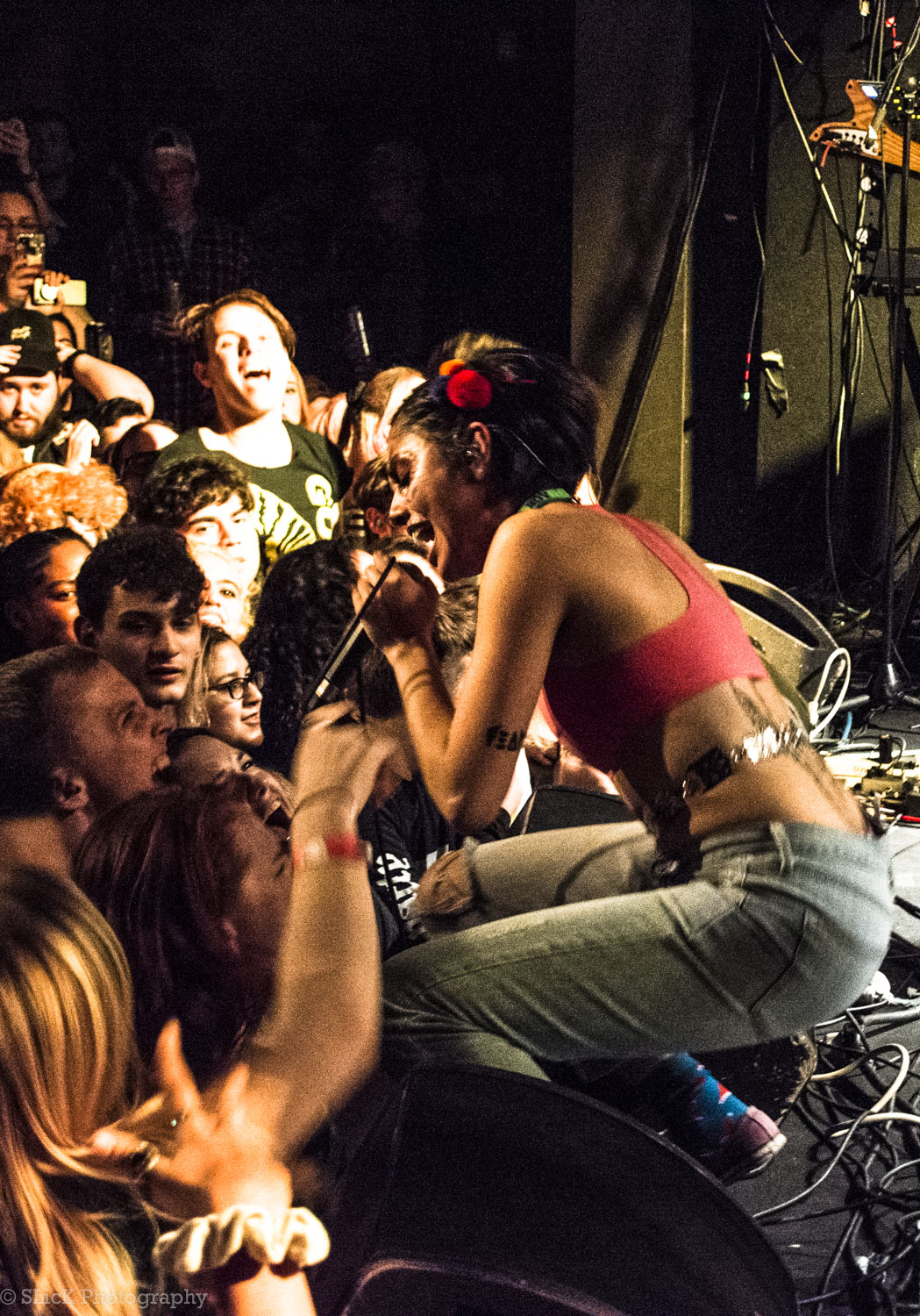 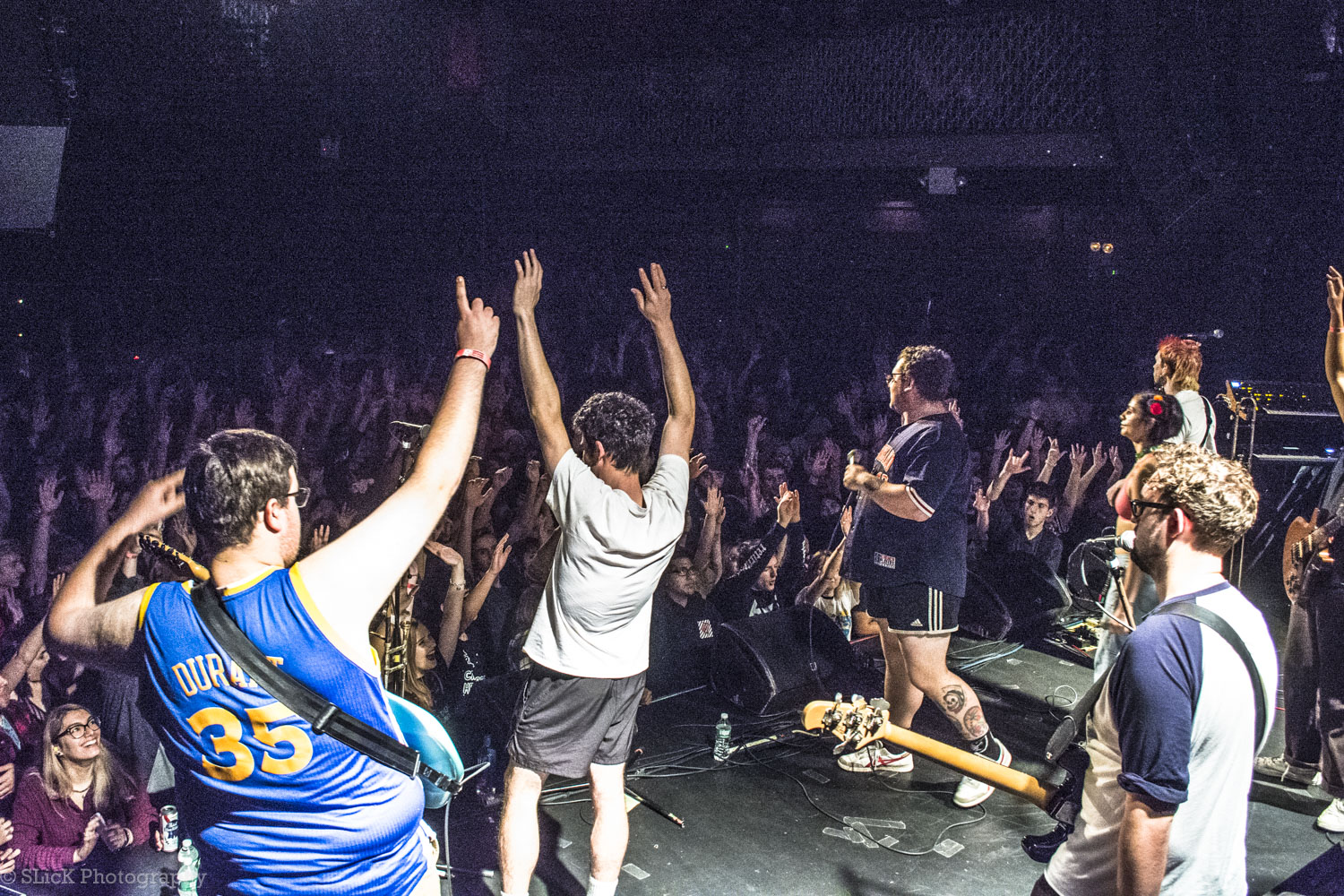 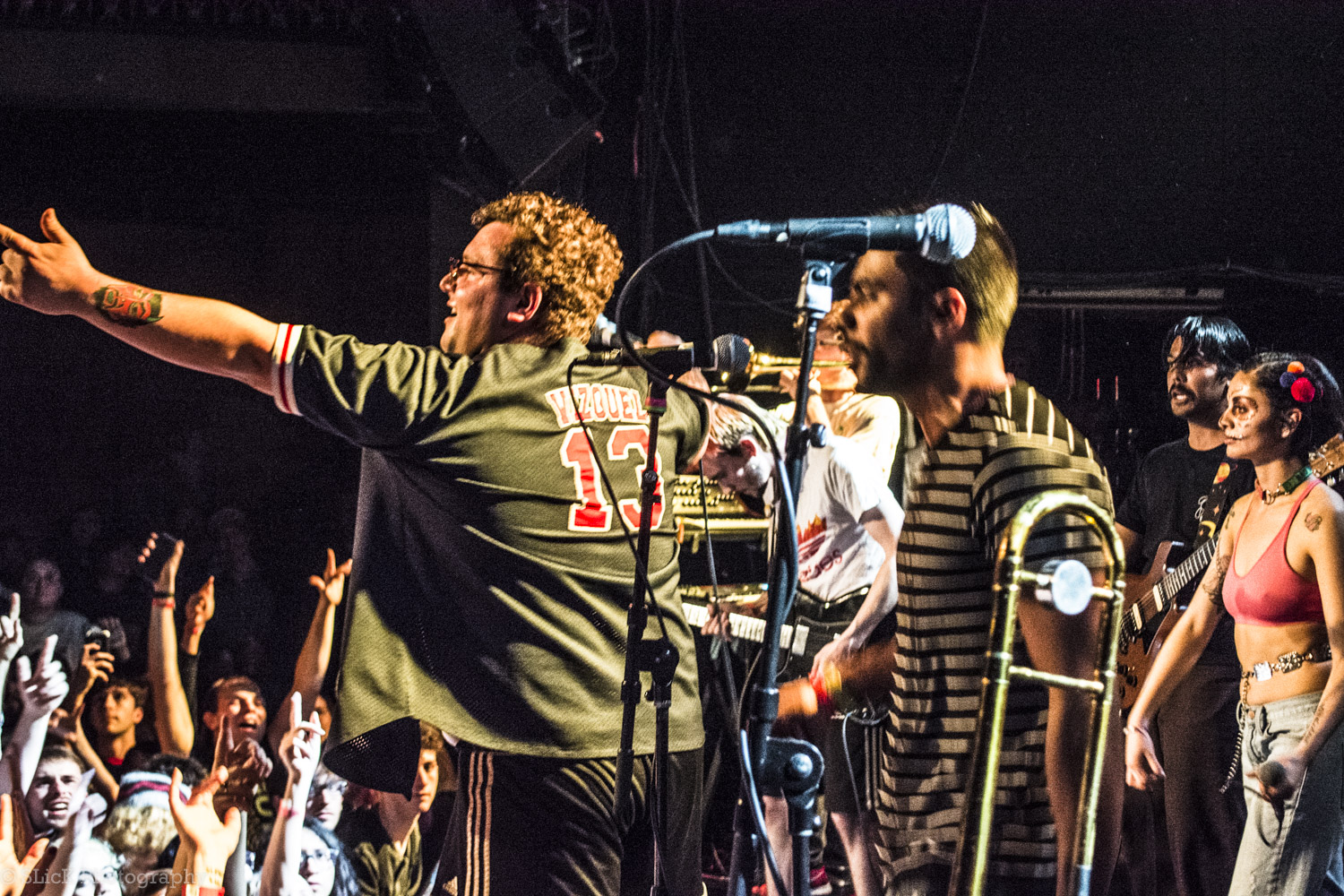 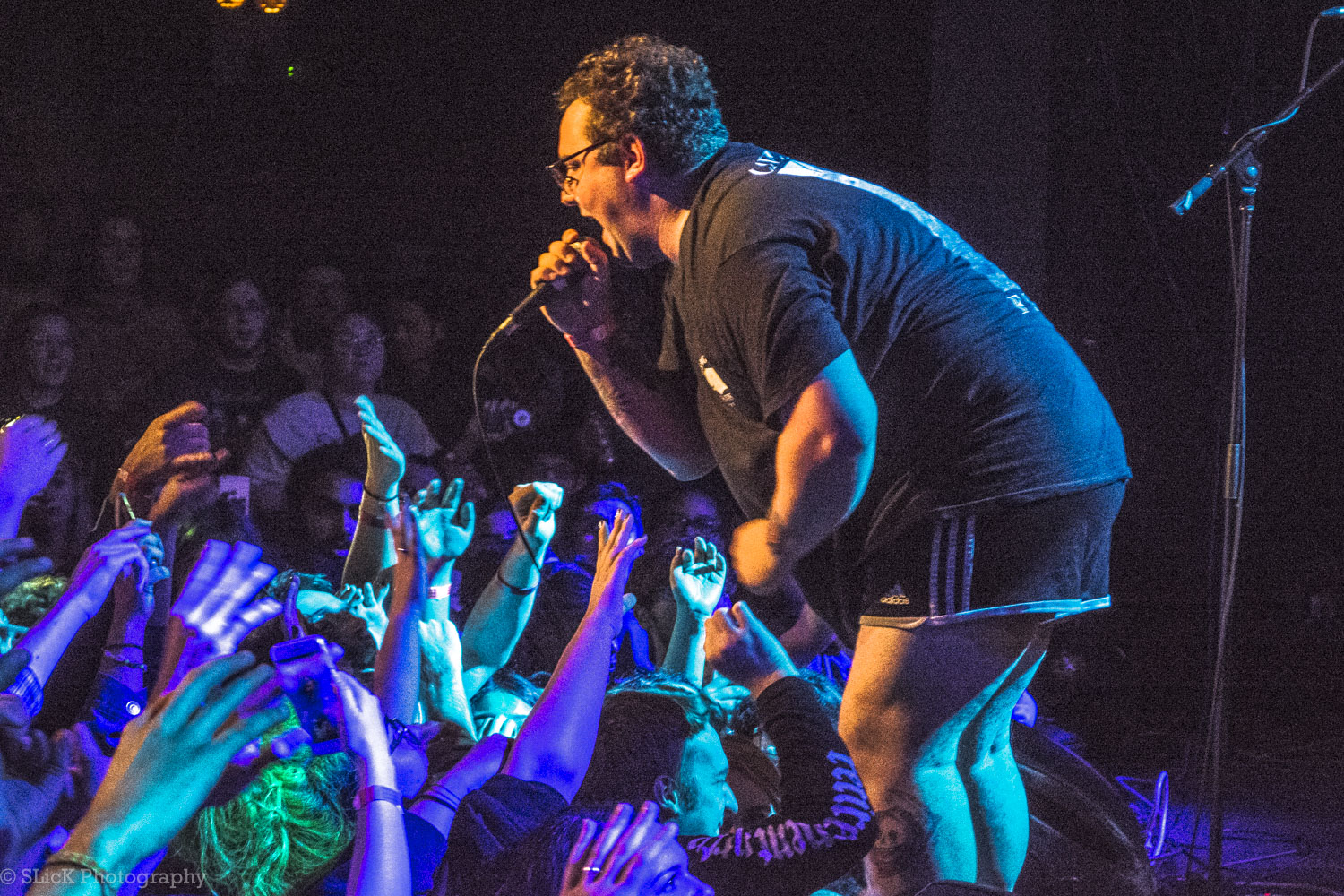 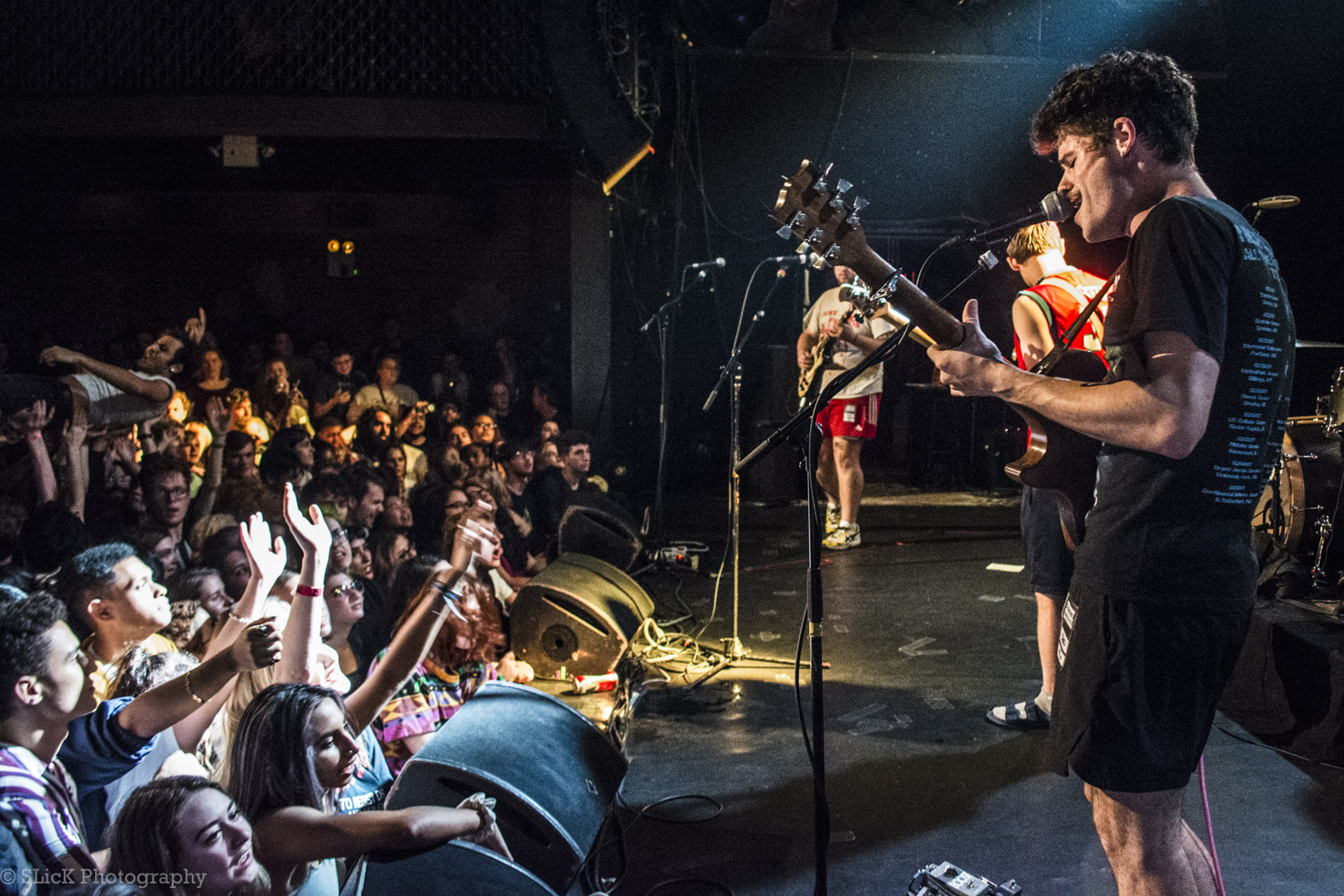 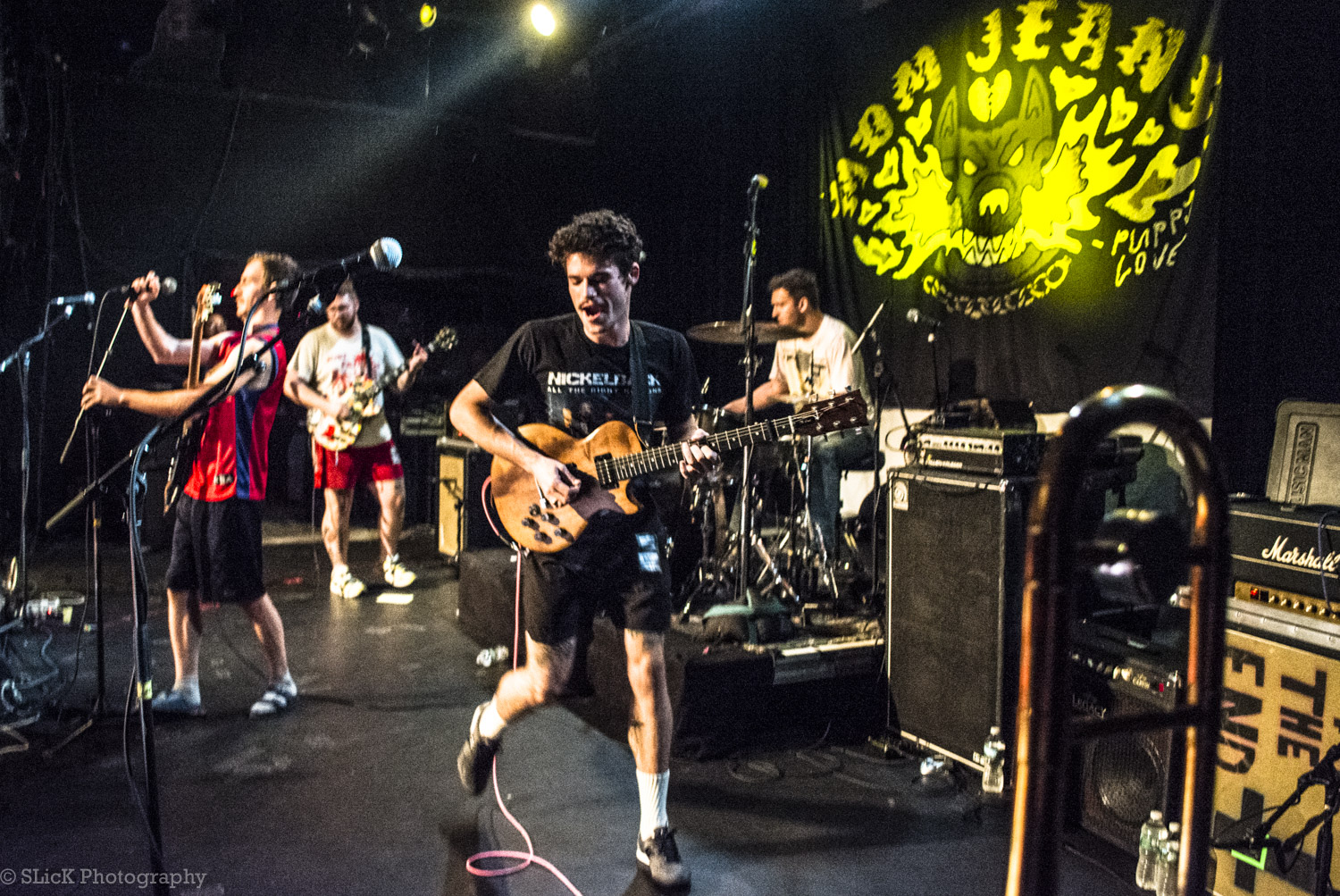 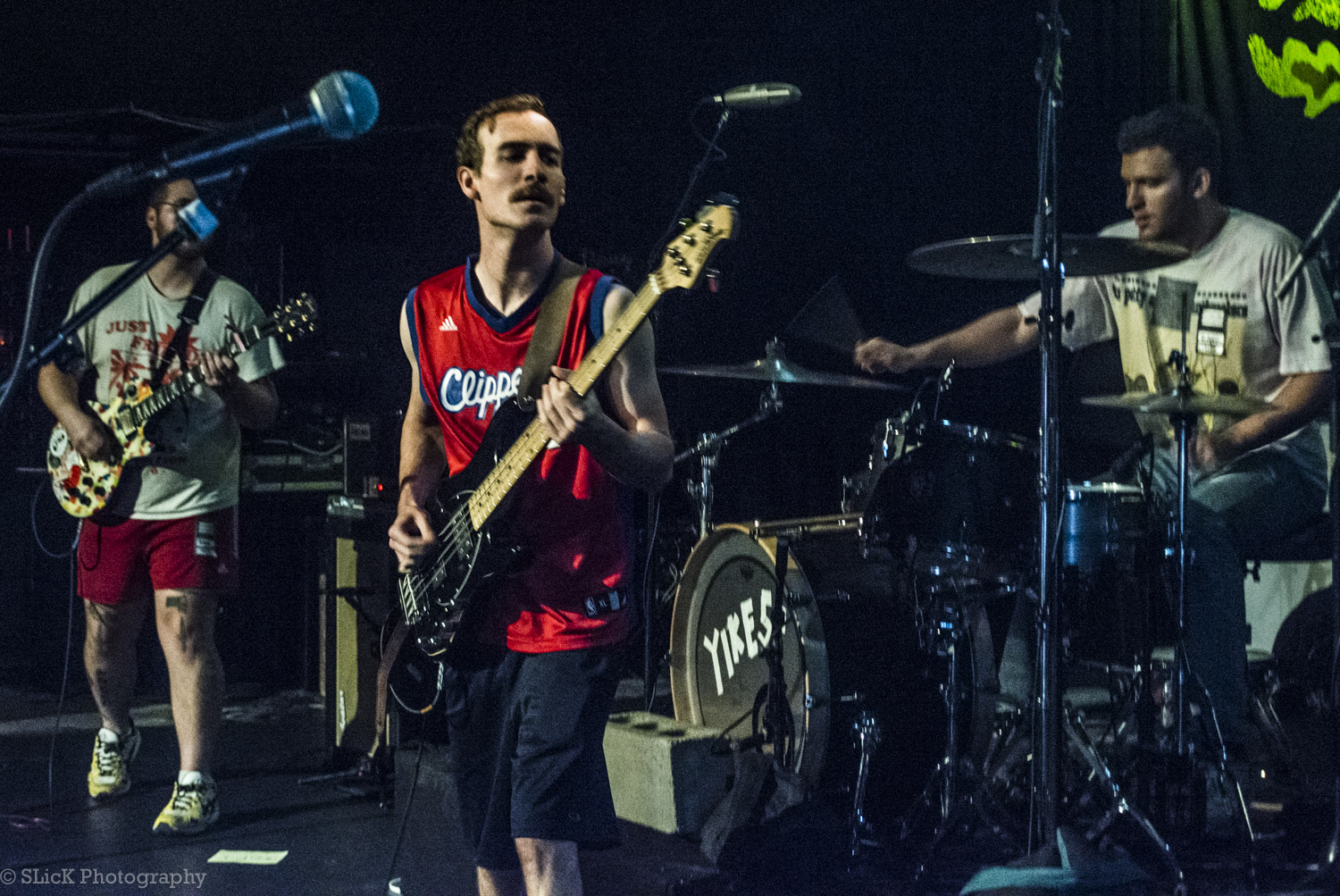 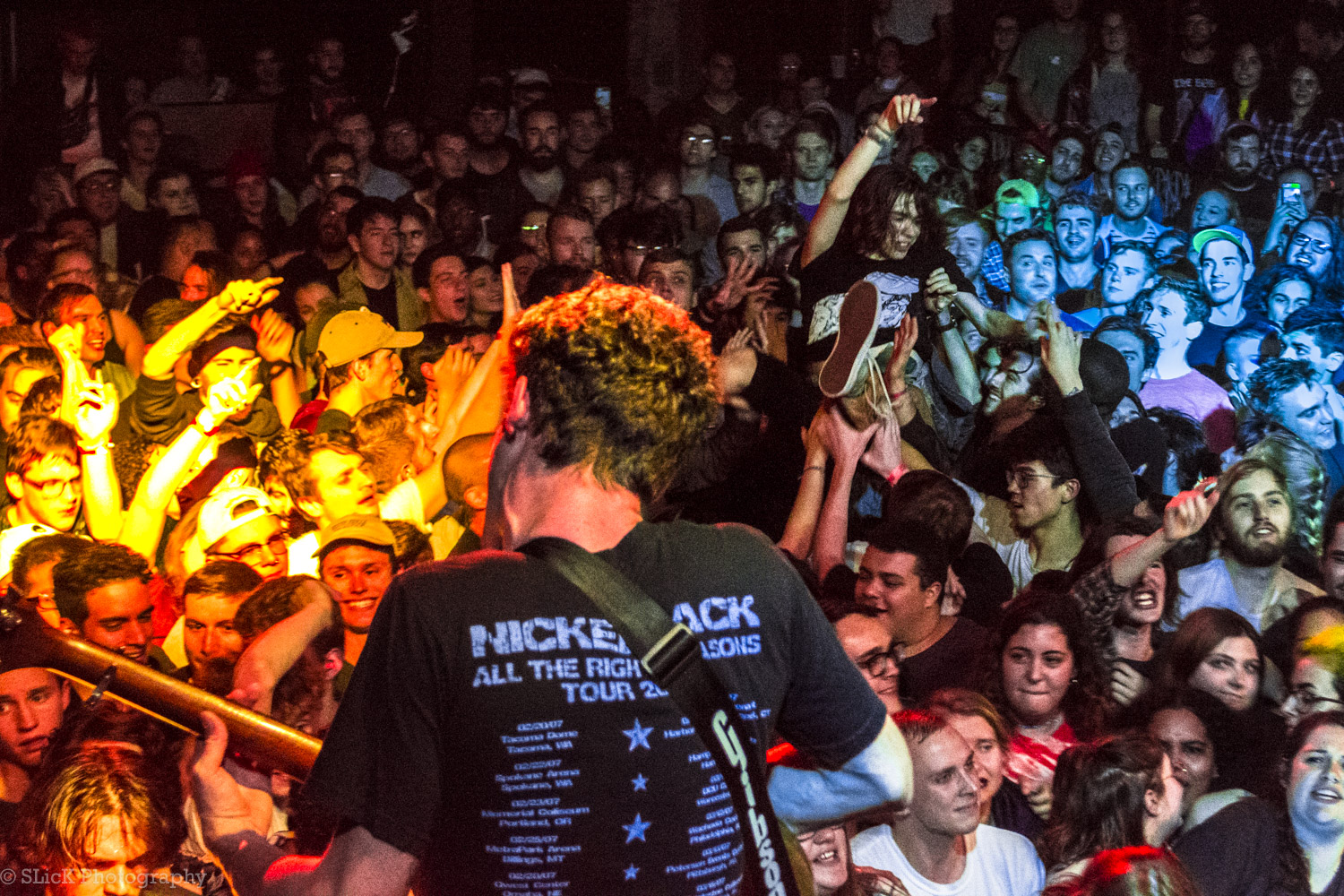