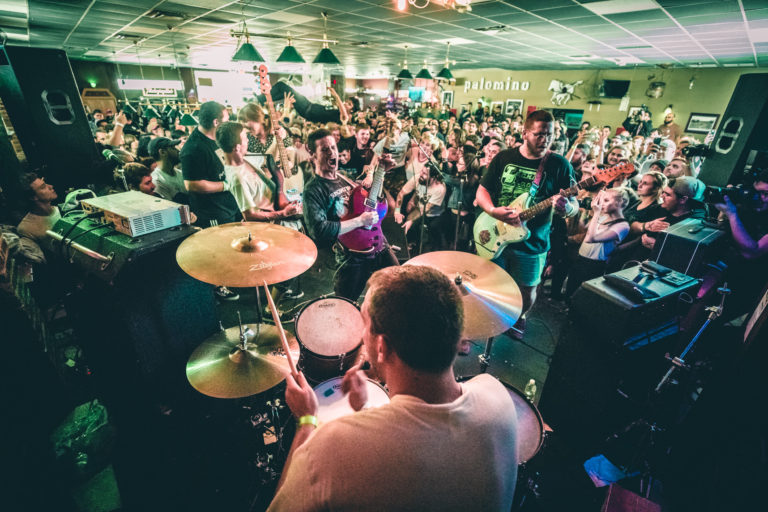 Its that time again. FEST time. When punks, rockers, and hardcore kids from around the world descend on Gainesville Florida and watch a ton of incredible bands. We at The Alternative look forward to it every year, in fact its usually the one time each year we actually get to hang out irl, and this year is special because this year we have 8 contributors (plus 2 new contributors) headed to cover the FESTivities. It’s going to be sweet.

Leading off that coverage, we have a list of the bands you really need to see at Fest, and if you can’t make it this year, these are still awesome bands you can take a listen to right now! 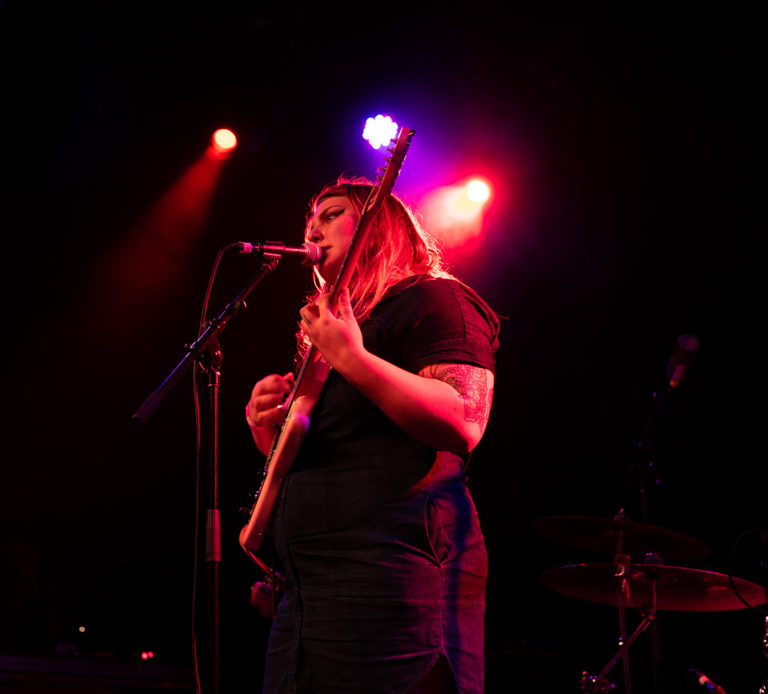 Kississippi may be the most emotionally rich performer in the Northeast. Combining the rhythm of pop and rawness of indie and emo, Zoe Reynolds packs the kind of power that captures an entire room, solo or backed by the ever-stacked lineup as a full band. Sunset Blush, her debut full-length record is at the top of most music enthusiasts’ lists (including yours truly), and it translates beautifully live. Within a few chords or words, Zoe can bring you to tears or chuckles out of her authentic performance.- Amanda

Adult Mom is high on the list of bands I’ve always wanted to see live. Last year, their second full length, Soft Spots, was released and I constantly find myself coming back to it. It’s lyrics are detailed and honest enough to paint a picture in one’s mind of things they may have never experienced before. Touching on vulnerability and trauma, it’s sad yet comforting with soft instrumentals that delicately build and add further power to each story. As they go on at 1am on Friday, I already know their set is going to lead to a reflective walk home. – Lindsy 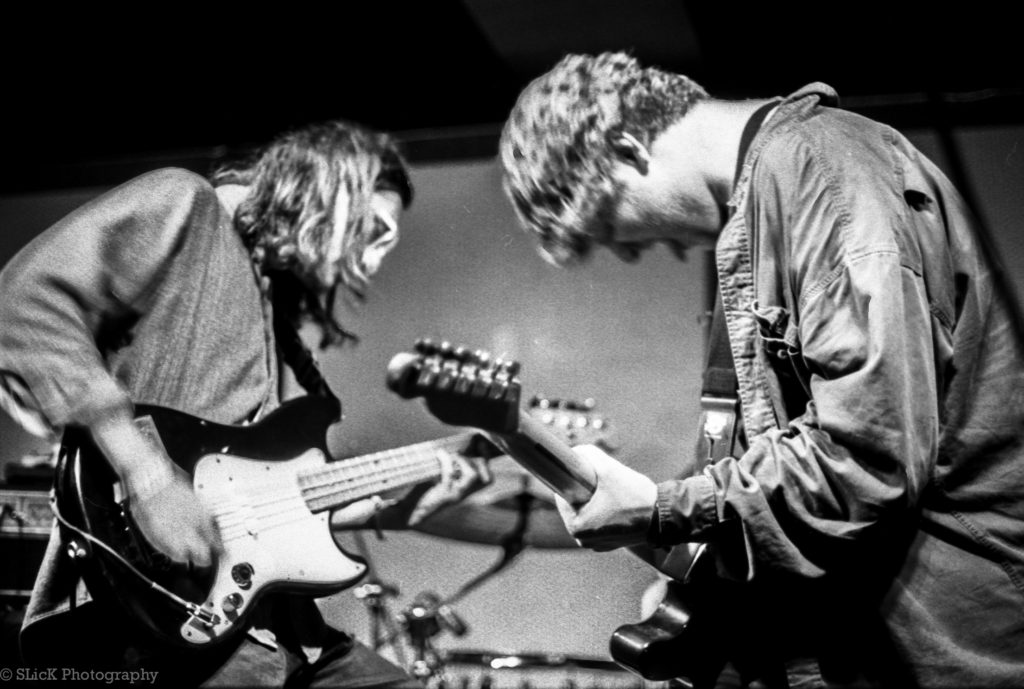 Prince Daddy & The Hyena is going to be the new classic DIY band. In twenty years, their green hoodies will be framed or sold for exorbitant prices on ebay. There is something almost indescribable about the energy a Prince Daddy show puts out. It’s a feeling of solidarity combined with the complete and utter lack of giving a damn. When they are inevitably inducted into the Rock & Roll Hall of Fame, I plan to tell my kids about their Fest 17 set. – Jordi

When I think of Fest, I think of spending a short period of time with some of my best friends doing something I love while surrounded by total strangers who sort of like the same stuff as myself. I can’t speak on their behalf, but I get the impression that Nervous Dater have this same feeling every time they’re on stage. The vibe is infectious and before you can even finish your beer (or seltzer), you find yourself dancing along. If you haven’t already listened, their songs offer a honest takes on friendships, emotional intimacy, and general frustrations that anyone in their early twenties can attest to experiencing. Their 2017 release Don’t Be a Stranger blends pop punk with mid-aughts emo in the best ways. Songs like “Serenity” and “Vominos” beg to be sung along to, and all of these things embody what I love about Fest. If you still don’t believe me, check out their Audiotree Live session from earlier this year. As the kids say, this band fricks. – Dylan 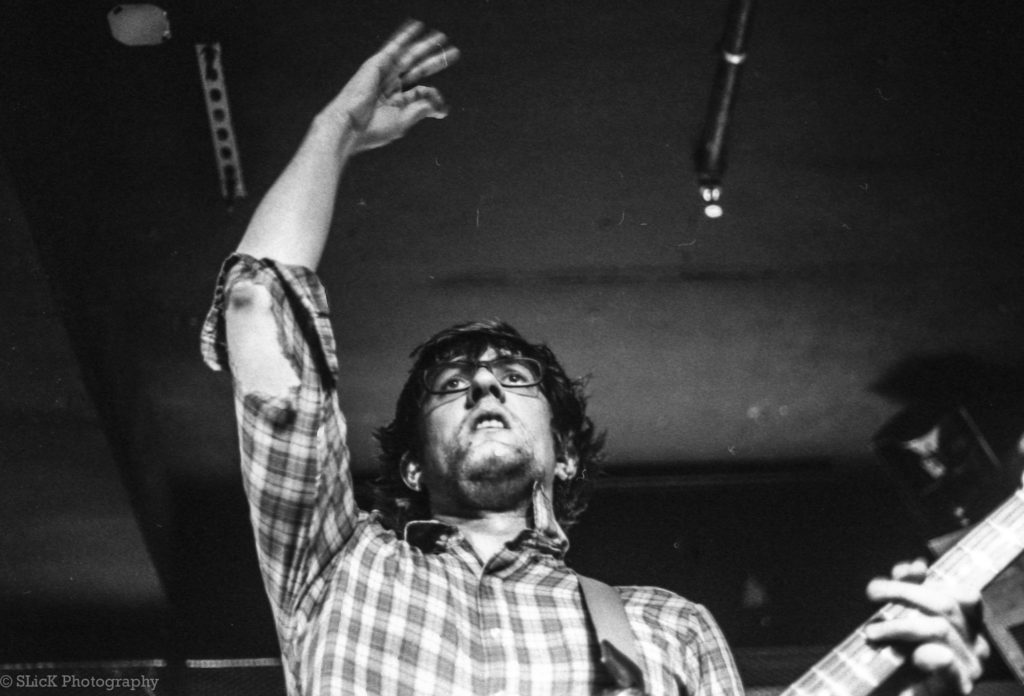 First things first, Rozwell Kid is about great songs that just make you want to scream along. Songs about love, about loss, about mental health. All the good stuff. Second things first Rozwell Kid are about the riffs. The most joyous rock n roll riffs you’ll hear all week. Third things first, Rozwell Kid are about the jokes, maybe I should have led with this one, but Jordan (guitarist / vocalist / songwriter) is straight up hilarious. Pulling heavily from the comedy of Jim Carrey and Weird Al with his own alien element added in, he makes every set a laugh, not to mention the jokey lyrics in many of his tracks (yes even the serious ones). If you’ve never seen them live, you should do that.  – Hendo

The first time I ever saw Hotelier live, it was at the Fest in 2014. The venue was packed and the pure emotion in their vocals with the ferocity of their songwriting made it clear that this was a band no one would soon forget. I get that exact same vibe from awakebutstillinbed’s debut record, and have a feeling they will put together a similar performance at this year’s Fest. I’m not about to miss it. – Henderson

This is one of the many bands I got upset about not having heard about earlier. I recently caught Ramona opening for Slingshot Dakota and Dikembe (two amazing bands that you should also be seeing this weekend) and was blown away. The band has relocated from Seattle to Philly and have just announced that they’ll be beginning work on their first full length in early 2019. In the mean time, check out 2016’s Sad Brunch or their track on the recent Soda Punx comp for some unforgiving bops that will catch you up to speed. Ramona lean further towards the punk side of pop punk and keep the energy high. Get ready to bang your head to songs like “Over It. Not Over It.” and “Token” (on the aforementioned releases, respectively), which aren’t hard to imagine sounding even better in the heat of Florida autumn. – Dylan 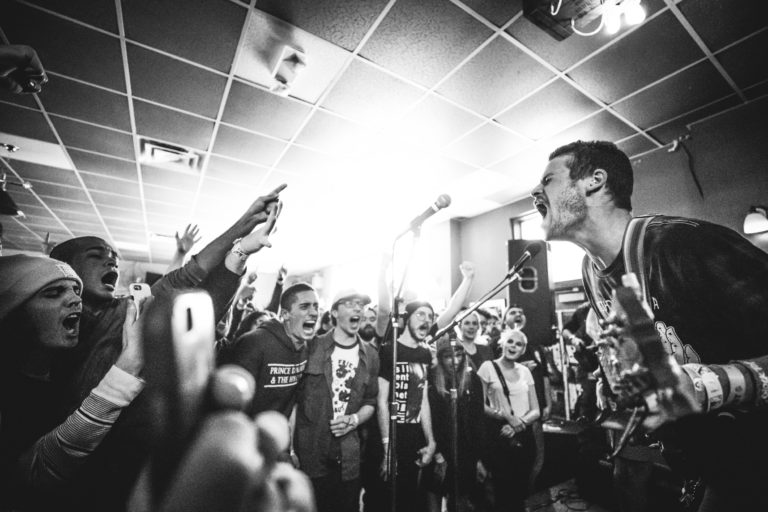 Mom Jeans. is a band I’ve seen grow since their debut in 2015. After a year of relative silence, the power trio released an LP that shook an emo DIY culture with a fixation on weed and loneliness. I remember hearing Best Buds two days after it came out, and immediately falling in love with the subtlety of Eric’s lyrics in contrast with the loud nuances in their voice. Two years later, I can proudly call this gang of angels, pals.  I’m excited to see the band that pulled me to the front lines DIY, and I’m excited to see my friends again. – Jordi

Of all the bands in the Counter Intuitive family, Retirement Party might be the objective best. Earlier this year they synthesized all of the label’s best traits into one record, and judging by their Audiotree Session, their live show is equally impeccable. They’ve got the shreddiness of P Daddy, the jangly quirk of Nervous Dater, the hooks of Mom Jeans., and the tightness of Weakened Friends. But their flavor of hard rockin’ emo still stands out within that crowd. And even though they fit perfectly into the FEST lineup, they could just as easily succeed at a different, more indie-rock-minded festival. Their set this week is going to be destined for bragging rights down the line. Be one of the people who got to see ‘em at FEST 17. – Eli

Nothing draws me closer than the transfixing music of Brooklyn’s Foxy Dads. Ilana Hope’s project binds together beats of hip hop with haunting indie rock, fusing into a unique, unforgettable melody. Their music performs as storytelling, leading listeners down the streets of New York, a copy of the Village Voice in hand and a trail of friends in tow. If their live show is anything like their record Songs from the LIRR, it’ll be a stunning story worth repeating into the night. – Amanda 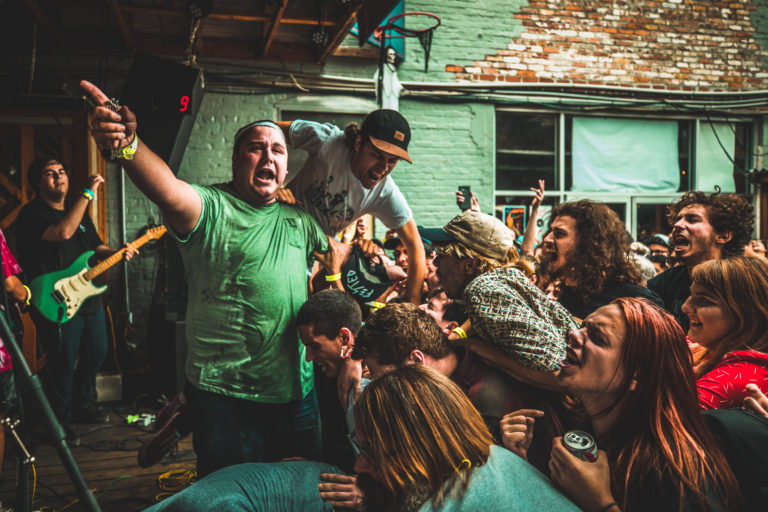 Just Friends are, beyond just punk, one of the most exciting live bands around right now. They’re the sort of act who command both basements and clubs with the ease. The sheer amount of noise they produce is in and of itself impressive, but to see how much fun frontman Sam Kless and his bandmates are having up there is…it’s something you just have to witness to fully grasp. A paramount of punk music has always been the visceral experience of seeing it performed live, and Just Friends bring a party to their gigs that even those who don’t care for their records cannot possibly resist. They’re the ideal FEST band. – Eli

Hot off of the vinyl press of Glare, Expert Timing brings contagious energy into even the most sour moments of life. With brilliant drumming led by Gibran Colbert matched by the harmonious dual vocals between Jeffrey Snyder and Katrina Snyder, the entire record uplifts and spins through turbulent stories with a shrug  and grace. The Orlando three piece has teased singles like “You’ll Never See Me Again” in their live sets, but the electricity dial will be turned past maximum for their Fest set. – Amanda 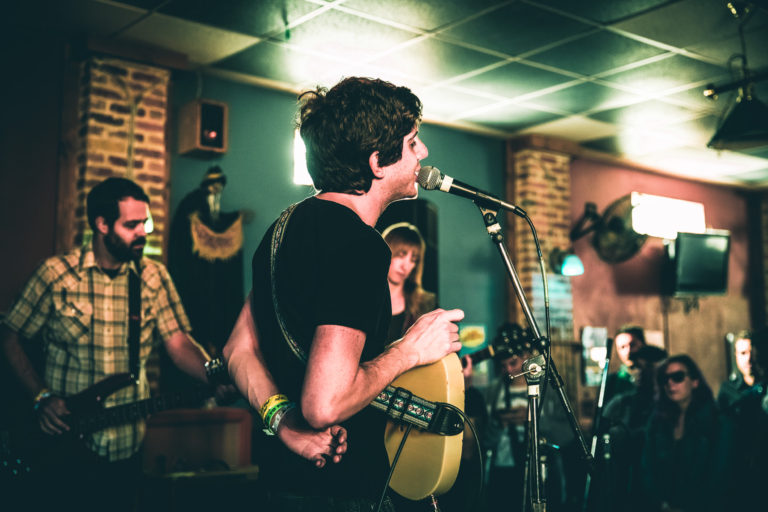 Have you listened to Toby Foster’s LP 100 Ways yet? You should, like, goddamn it’s so good. I vividly remember walking around Boston in November, freezing my Southern Californian ass off, feeling isolated and anxious, and listening to 100 Ways. That’s stuck with me so much. It was about a week after I saw him perform live at Fest 2017. Was like listening someone talk to me about my insecurities, anxiety, personal experiences, etc. Hung out with him briefly along with the Walter Etc. crew at Palomino one of the nights at Fest. Good good memories. Go make your own with his songs and spirit on Sunday. – Joey

Back in February, I happened to be on Twitter when a tweet about Weakened Friends’ Audiotree performance popped up. I had never heard of the band before but out of curiosity, I decided to listen and less than halfway through the track “Early”, I was immediately hooked. Within a day, I bought their EPs and singles and kept them on repeat for weeks. Their full debut full length record, Common Blah, was released last week and just like all of their other material, I already can’t get enough of it. The band expertly using fuzzy distorted guitars that compliment lead singer Sonia Sturino’s powerful voice.  As the record touches on restlessness of being stuck with discomfort and having to settle, their performance is bound to be a cathartic, sing a long heavy performance. And if you don’t already know their lyrics, you better start now. – Lindsy