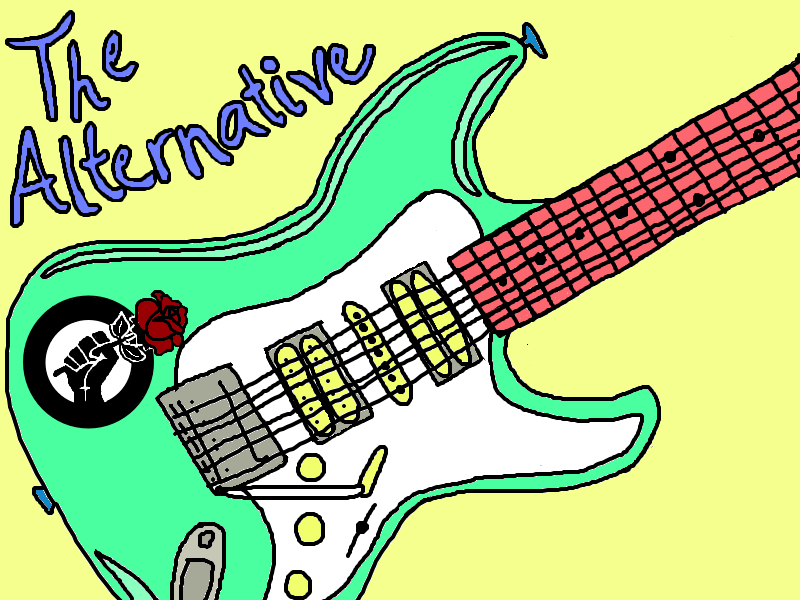 Need a pothole filled on your street? Buy some concrete. Your denim jacket has holes in it? Learn to sew. Your area’s music scene doesn’t have enough accessible venues? Start one in your basement and hide it from your landlord.

Spawning from years and years of economic and class struggle in the United States and parts of Europe, the DIY—or “Do It Yourself”—mentality has encompassed sectors of life ranging from home improvement, to fashion, to the arts and music. Acting as an inevitable form of nonconformist transition, the movement has permitted individuals to commit to self-sufficiency, rather than relying on absent corporate or governmental systems to meet specific goals or complete tasks. Thus, by breaking with the concept of dependence on others to, for example, fix roads or host art exhibitions without fear of censorship or restriction, individual citizens have stepped up to the plate to maintain or implement new systems. By cutting out the middleman, folks can help improve their communities and humankind en masse.

In the realm of music, DIY has become an innate progressive state in the evolution of artists, with most aspiring musicians starting off by playing shows in their local scenes as a means of gaining experience and notoriety. Synonymous with the food cycle in nature, band after band is created, digested by their community’s arts scene from opening up shows for touring bands or through stretching their reach by playing small tours in as many cities as they can comfortably hit in a van. Eventually, they form new creative projects or disband their musical efforts to focus on other aspects of life.

By pounding the pavement in their local DIY scenes, a select few music efforts do get big enough to truly make a living within the arts. Through music, people from all walks of life have been able to have their voices heard and have an effect as artists visible to an almost infinite number of people, often times bringing some of the progressive politics of their local DIY scene to the wider public. In this work there is space for the artists’ philosophy and advocacy to spread. “DIY communities” facilitating an outward growth of ideas for social and political change could be viewed as modern-day counterculturalism.

DIY ethics, as displayed through music, is a form of autonomy that has created a post-internet boom of digestible talent. Artists and non-artists alike have the ability to get their hands dirty and contribute to something collaborative—something that stands more massive than they could even fathom. For a band to function in a scene, they need to team up with venues, promoters, sound engineers, visual artists, music advocates, and art lovers to combine efforts and make a sound or an experience truly worthwhile. A single show, which might draw as little as a dozen fans in attendance, could be put on through the tireless work of dozens of people, all of whom choose to contribute, often without any monetary incentive, for the good of their community. For smaller bands to go out on tour, artists need to create networks of connections in cities spread across the map. They need enough promotion to fill the empty space with bodies. And they need to make sure they still have a couch or a warm floor to crash on at the end of the night.

The collaboration and tireless work that I’ve witnessed in my local scene in Pittsburgh, and undoubtedly DIY music scenes throughout the world, is the reason I think a lot of individuals who are active in urban arts communities already possess the crucial tools required to make them the next blossoming generation of activists, organizers, and forward-thinking politicians. With progressives making huge strides in elections and gaining more frequent media exposure, its crucial to look to the future for continued growth. By banding together for a common cause, or at least supporting those who do, DIY activist communities have stepped up to challenge everything from ICE, to Wall Street, to oil pipelines. The principle that the “little guy” has the ability to make a difference is what fuels entire movements backed by a history of the success of such endeavors, which encourages protests and rallies across the globe.

But what makes DIY different? The answer lies in the concept’s focus on determination, rather than discouragement. When someone chooses to create something with their own hands, they take ownership over it—it becomes a figurative part of them. So when hundreds, thousands, or millions join together to create positive change by their own right, they take possession in the movement’s success because they built it up and contributed to it themselves. 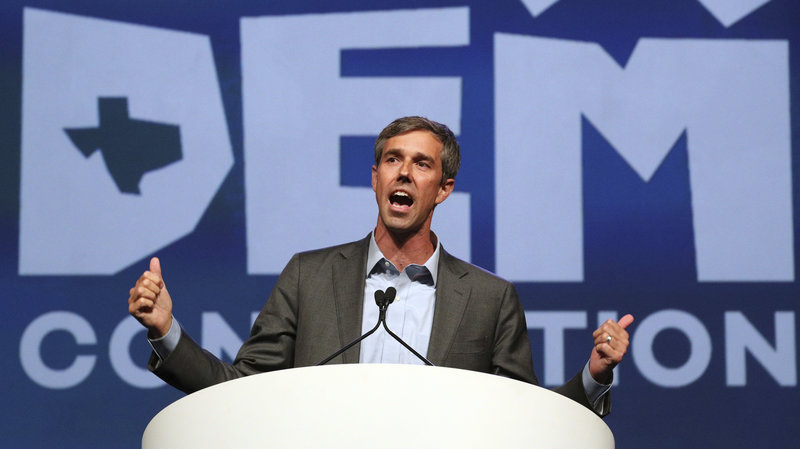 As a prime example of the evolution of progressive, DIY-oriented leaders, Beto O’Rourke is the 45-year old House representative from El Paso who is the democratic candidate seeking to usurp the position of Texas Senator from incumbent Ted Cruz in November. O’Rourke, outside of the political sphere, was a gifted musician as a teenager. In 1990, he teamed up on the bass with Mars Volta and At The Drive-In vocalist Cedric Bixler-Zavala to create Foss, a punk outfit that supported their two album releases by traveling the United States and Canada in the early 90’s.

The pro-choice, pro-cannabis, immigration reformist has stepped up big against the embattled Cruz, using the tools he learned as a touring musician to hit almost all of Texas’ 254 counties at an unequaled pace—and without accepting a single donation from any PAC. The young representative is attempting to become the first Democrat to hold the senator position in Texas since 1988, and one of a strew of activist-punks who have ran for office in the past few decades, joining the likes of Dead Kennedy’s Jello Biafra, Nirvana’s Krist Novoselic, and DOA’s Joe “Shithead” Keithley.

This sense of empowerment, incited by our constant connection to one another, thanks to the expansion of technology and social media interaction, drives what are deemed progressive revolutions. Young people, who are driven by the idea that they can actually create organic change, are contributing to movements they can actually take possession of. A sense of ownership is what creates the commitment to causes that an individual deems important to them.

Through the work that helps small, independent musicians play shows in basements from coast-to-coast—flanked by promoters, visual artists, and music lovers—a lot can be learned about organizing for real change. By breaking from convention and supplementing a lifestyle with self-sufficiency, we are watching a generation of future politicians, activists, and innovators grow to their fullest potential through constant practice, as they begin to become a significant part of the future of our global society.