Home  >  Best of May & Our Monthly Staff Playlist

Best of May & Our Monthly Staff Playlist 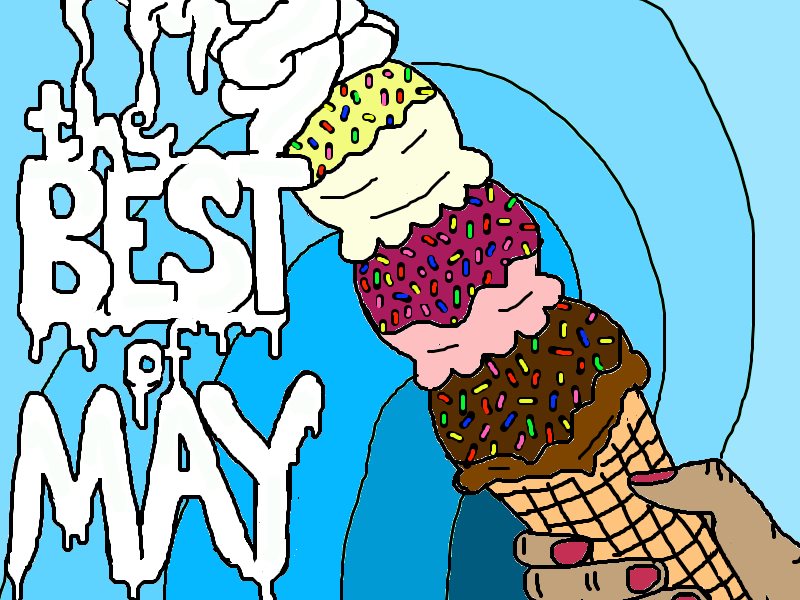 Joyce Manor shared Songs from Northern Torrance, which contains tracks the band tweeted were crafted between 2008 and 2010. These tracks might feel familiar for some fans, and several of them were on another release called Collection (which is no longer on Spotify) or scattered throughout YouTube. The similarities between this release and their early work is palpable. The band played briskly and vigorously in their inception, then mellowed and lent themselves to a more drawn-out feel in their more recent work. From the thorny “Who Gave You a Baby” to the pounding “Chumped,” this album shows that Joyce Manor is skilled at wielding imperfection as a tool to incite excitement.

High Waisted’s latest release emanates the delicacy of Queen of Jeans and the frolicking energy of Illuminati Hotties. The production is highly clarified, which each vocal inflection neatly mapped out. “Cereal” is about how comparing yourself to others can beget feelings of inadequacy and disappointment, “some of my friends are touring Europe, some of my friends are selling records.” One of the record’s most captivating points comes in about halfway through “8th Amendment”; a frenzied speed-up that ends just as abruptly as it begins.

Retirement Party’s latest album shows a significant change in their style. Their previous record, Somewhat Literate, was marked by adrenaline-fueled, spiky guitar solos, but they’ve slowed things down and smoothed out a lot of the sharp parts. They’ve become softer, but it’s not necessarily better or worse than their other music, it’s just different. Under the fuzz and the tumbling riffs lies the same triumph and talent that they exemplified in their previous work. “Fire Blanket” demonstrates this particularly well. It’s an unhurried song that builds instrumentals in layers rather than in sections. This album feels like watching a film without dialogue in that you have to work a bit harder to understand it, but that effort is worthwhile.

In The Alternative’s ‘Best of January’ wrap-up, I wrote about the first single from Paramore frontperson Hayley Williams’ solo project Petals for Armor and speculated that the full release would serve as a deviation from Paramore’s stylings. And I was right. Paramore has taken on a bevy of different sounds, but for the most part, they’ve all been amped-up and rousing. But for her lone endeavor, Williams moved towards a spacious, anchored feel that’s as baring sonically as it is lyrically. This record serves as a purging of emotions, ones that were inevitable considering she achieved career success in her coming-of-age years and underwent a divorce.