This year we are sponsors of FEST for the first time ever, and we picked a good one because the lineup is a nearly endless list of the coolest bands in punk, alternative rock, and DIY. We have a bunch of our staff headed down to the sold out 3 day fest this year, but whether you can attend or not, here are a bunch of our favorites from the lineup that you should definitely get listening to.

Hailing from Rochester, New York, Carpool is a band looking to take some names at Fest this year. Although their first release may not have had as many eyes on it as it should have, the energy this band brings live is insurmountable Even if you are not standing next to me screaming along to “Another Song About Rachel,” I can guarantee you’ll enjoy their set. With catchy hooks and familiar leads, Carpool is going to drift into your hearts this November. If you can’t find the time to see them on Saturday, you should at least try to catch them at one of their many dates with Summerbruise. – Jordi

“Do I still love you if I put you on my shoulders for the world to see you’re not part of me?” From the very first line of Cicala’s new record, Talking To Breathe, their second LP of 2019 might I add, it feels like sitting in on a conversation someone has with them self. Contemplative and calm but still carrying the weight of “what if’s”, past relationships and growth that comes with time and reflection. While this record holds a sense of stillness within it, their release from April, fittingly titled Post Country, is more urgent with its quicker pace. The group makes an excellent slower moment to such a busy and hectic weekend. – Lindsy 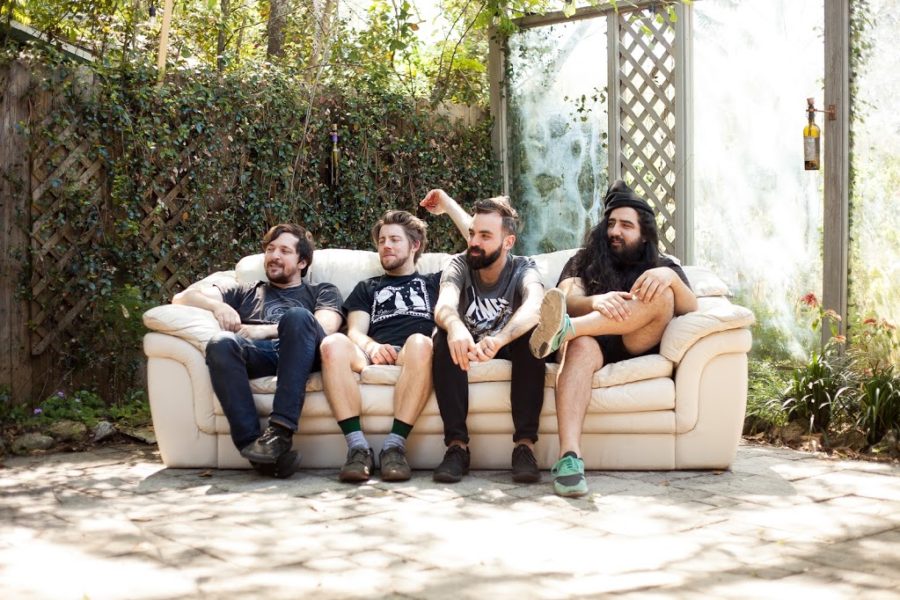 As far as my own devotion to “emo” and DIY ethics, Dikembe are one of the bands that started it all. Over the course of their career, they’ve put out a wide collection of killer albums and cathartic hits. Their musicianship and performing ability still holds up, and FEST is a hometown show so they always bring it. Last year they performed dressed as characters from Jurassic Park. See you in the pit going wild. – Henderson 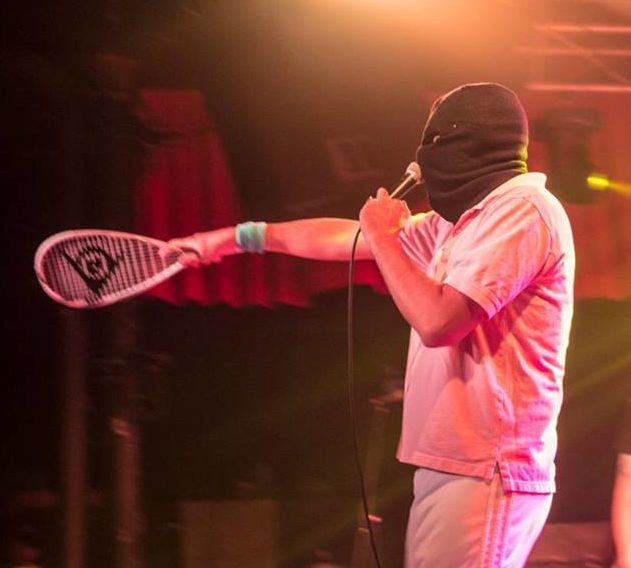 The Eradicator is a one-man hardcore band based around a character from the late 80’s/early 90’s sketch show Kids In The Hall. The concept is that The Eradicator is this misfit squash fanatic (the court sport, not the vegetable) who exists on the fringes of society and may or may not suck at the sport he’s dedicated his life to. The bit is absurd, but whether you’re in on it or not the band’s latest record Peak Eradicator is one chaotic, rockin’ hardcore stomper after the other. Live, it’s going to be absolutely insane, especially because frontman Andy Slania is fully in character and costume. – Eli

London outfit Fresh is in short: everything. Their latest release, Withdraw, is a testament to blending meaningful songwriting with eclectic, endless energy. Whether it’s a slow-jam or bouncing shout-along, Fresh packs surprise punches throughout their latest entry. They’re known for playful sets, and I’m certain Fest will be no exception. Between groovy “New Girl” and leaping “Going to Brighton,” Fresh will undoubtedly be the most fun set of the weekend. – Amanda

You may know Ilana from Foxy Dads as the person that designed our tee shirts, and merch a ton of bands, but they’re a dual threat cause their music is also such a treat. Sugary lofi pop that hooks you in and then hits you with a deep depression. There’s something special about the way they the emotion ride on the beat. Their FEST set is also on Ilana’s birthday so I know it’ll be a good one. – Henderson

The true experts in owning emotion, Future Teens, have unleashed a perfect record in their latest release, Breakup Season. On top of perfectly encapsulating the range of feelings surrounding the end of love and growth from it, they’ve managed to make that reverberate through an entire room in their live set. They’re a can’t-miss band with an unforgettable live sound that you’ll need to experience. Prep for the best dance and sing-along in “Frequent Crier.” – Amanda

Dubbed as “HamWoo,” Harmony Woods is four-piece from Philadelphia, Pennsylvania, lead by the wonderful Sofia Verbilla. Their latest release, Make Yourself At Home, is a masterpiece conglomeration of crying, laughing, and screaming with influences from Julien Baker, Phoebe Bridgers, Death Cab For Cutie, and even Manchester Orchestra. While the album is filled with open chords that ring out, do not be surprised when you see Sofia play some twinkly riffs of her own. See Harmony Woods absolutely kill the game on Friday at the Wooly. – Jordi

I’ve seen Insignificant Other upwards of ten times, in their now-hometown of Birmingham, Alabama— but getting to see them perform in lead vocalist Sim’s OG state of Florida at a collective they’ve frequented for years… is going to be different. Following the break-out release of their debut album i’m so glad i feel this way about you in March of 2019 through Counter Intuitive Records, insiggy has been making waves cross-country. Explosive, “pastel-painted power pop” is their game, and their Fest set is sure to be a sweet treat. – Olivia

Many of you might not know about Jawbreaker unless you are my age or older. They were one of the original emo bands, and combined punk and lyrical songwriting to grow to become one of the biggest DIY bands in the country in the early 90’s when Green Day was dropping Dookie. They signed to a major label, got a bunch of shit for it, and then broke up to never play again… until now! Very excited to see the scene’s forefathers play live. They have some HITS. – Henderson

I listen to Joyce Manor so much that I forget I didn’t actually get fully into the band until I saw them in January on their tour with Jeff Rosenstock. With a discography full of hard-hitting hooks, complex guitar work and a quick pace, it’s no surprised as to why they’re a staple in the scene. Their commanding energy and set full of sing-alongs if bound to be one of my favorite moments of the whole weekend. – Lindsy

We’re really lucky that the Watford, U.K. quartet Nervus are playing FEST, because their U.S. tour is only four dates. Nervus are kind of like an English Charly Bliss who sing about antifascism. Their songs are bouncy, crunchy, bombastically catchy pop-punk bangers with just the right amount of grungy bite. Sonically, they’re a great fit for FEST because their familiar yet distinct sound intersects with all of the event’s genres; dangling right between poppy punk and gnarly pop. And lyrically, we always need more bands who will sing candidly about the pitfalls of capitalism. – Eli 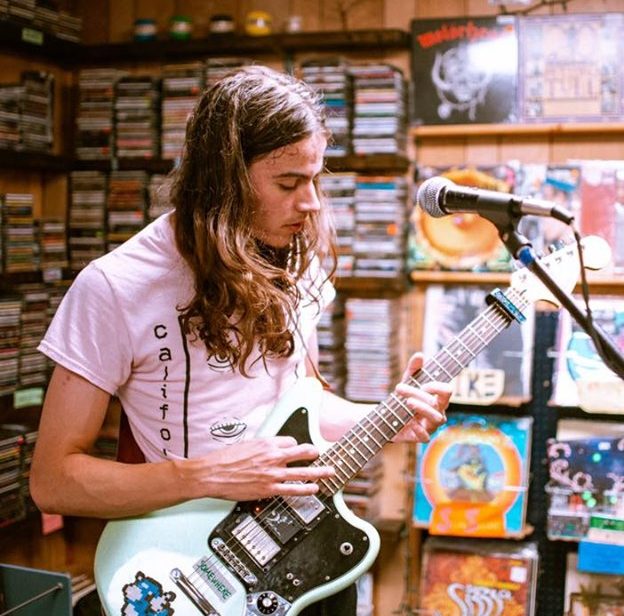 I first came across Origami Angel (Gami)  when it had about a hundred followers on twitter and only a few more monthly listeners on spotify. After getting to know the music and the brains behind the operation, Ryland Heagy, I saw Gami as a slow, twinkly, American Football-esque band with booming sound, yet balladic melodies to sway to. However, two years later this band has evolved into a punchy two-piece that leaves no space in between its calculated riffs. Although I’ve only heard myths about Gami live sets, it is said, that even when they are not playing songs you know all the lyrics to, you still find yourself out of breath at the end. Seeing this band blow up to the volume it has is magical, and is a feeling that can only be contested by seeing them live at Fest. Origami Angel will take over the world, and I’ll be there on that Friday to see it happen. – Jordi

The emo revival is an era long embraced by the Fest scene, but no one has mastered it the way that Padfoot has done. Think of all of your favorite emo bands, and Padfoot has done it better. The Virginia act brings it all, and you won’t want to miss. You’ll want to know every lyric in “Chloe Price Deserved Better” to thrash along to. – Amanda 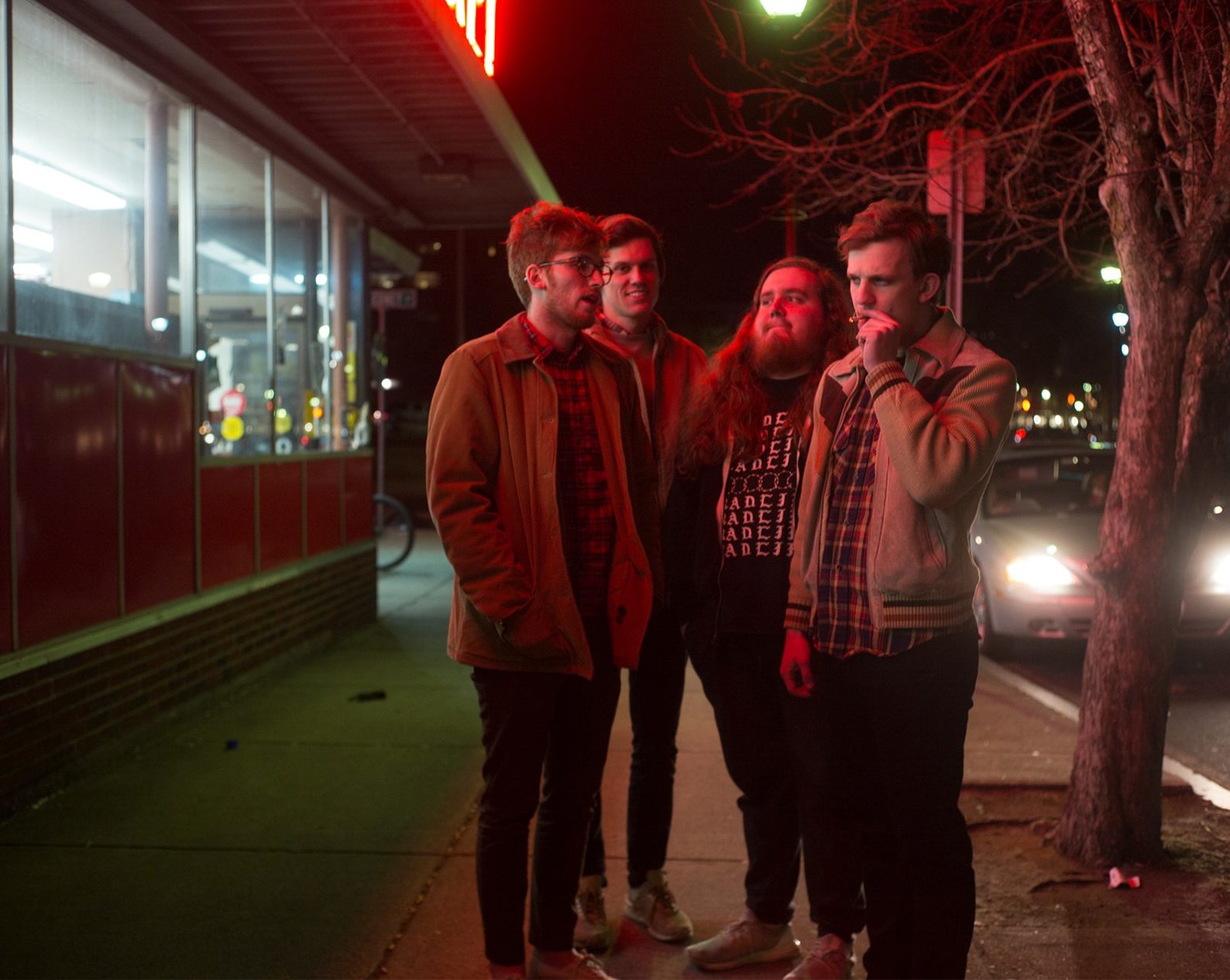 Perspective, A Lovely Hand To Hold

Hot off the release of their new LP Lousy, the eccentric and energetic act Perspective, a Lovely Hand to Hold is a group I’ve been longing to see for months now. Equal parts emo-ey and math-rocky, their tracks rely on expert timing and precision as much as they do the carefully constructed and vulnerable lyricism. Tracks like “Pepe Silvia” and “I Get Really Dizzy Sometimes” are the band’s calling cards, but I’m dying to see new releases like “Apocryphal” and “Those Few Words” on stage. So, Perspective, if you’re reading this… – Olivia

Skatune Network is the popular project by Jeremy Hunter. A dedicated Ska player and fan, Jeremy wanted to show that every song could be a ska hit, so they created a series of videos in which they play every instrument and have guest vocals from awesome artists. This has led to covers of punk and emo bands, pop artists, and a bunch of cartoon theme songs. These days Skatune Network is playing live as a full band and I cant wait to join in on the party. – Henderson

Some of the most kinetic energy in Florida DIY is thriving in Jacksonville, and Sleepless are the ones to bring it this year to Fest. With influences of a slew of modern DIY pop punk and emo outfits, Sleepless has put their spin on it with honest, playful energy. The best parts? Screaming along to “Soft Tissue,” because I’m not crying, you’re crying. – Amanda

Spraynard are the epitome of the FEST sound of the last ten years. Their gravelly emo-punk is fast enough for the ‘90s punk lifers, scrappily melodic enough for the emo revivalists, and brimming with drunk sing-along hooks. The PA band went on a hiatus of sorts a few years back and are making their not-quite-expected but nonetheless thankful return at this year’s FEST. They haven’t put out any new music since 2015’s Mable, so fans should expect the hits from that and their beloved (and best) 2011 record, Funtitled. – Eli