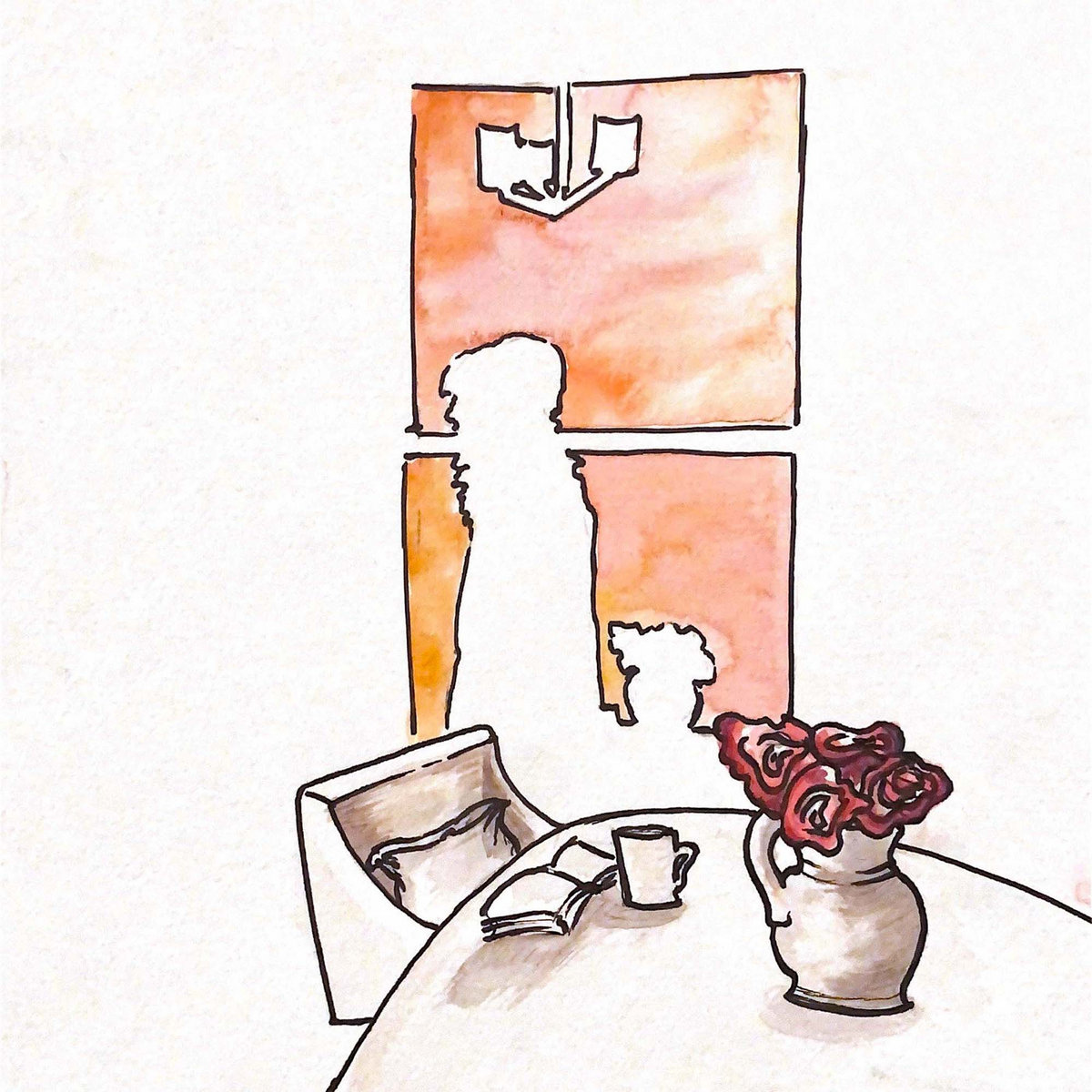 Suzanne is the project of cousins Sam Zagnit and Jeni Schapire. The duo are 6 months apart and played music together most of their lives but never collaborated intentionally until their debut Small Increments. Suzanne is Zagnit and Schapire’s grandmother’s name, but she went by Sue most of her life. When her husband passed, she rebranded and started going by Suzanne. Zagnit viscerally remembers improvising on the piano together at Suzanne’s retirement home In the backdrop of Schapire’s room, what seems like a set of dog collars, jingle.

While creating Small Increments, Schapire lived in Nashville while Zagnit was in Connecticut. With no real studio time, they recorded everything over distance. When the pandemic started, Schapire built a home studio and Zagnit wanted to figure out how to record at home. Using software called ListenTo, a plug-in for DAW enabled the duo to listen to each other in real -time while tracking.

Suzanne’s sound leans toward a chamber music moment; electronic but also withholding, garnished with intense classical roots, Zagnit told me. “Caroline Shaw is a composer and Pulitzer prize winner with Sō Percussion and wrote Let the Soil Play Its Simple Part. It was released as a classical contemporary but feels very pop-y.”

“There was a lot of time in-between having an idea and developing it. Everything got to marinate and take the progression it was supposed to. There wasn’t any pressure,” Schapire said. Zagnit’s bass playing almost mimics and unites like an additional vocal at times. Songs merged confidently, confirming a sense of conviction yet upholding a production quality that didn’t seem overbaked.

There was an overarchingly aurora of mourning and feeling lost when Zagnit and Schapire started this project. “I’d give Jeni a bunch of buzzed words and descriptive ideas and she would write lyrics,” Zagnit said. “Some part of me knew what was going on but didn’t know how to name it.” The songs are primarily sad, emotional, and breakup-like songs.

Listening to their music and hearing them talk in the same zoom room made a lot of sense. In my short time with them, I captured moments of “I think you were gonna say what I was gonna say.” Deep, special companionship in the simplest and also most intricate forms stem from an ability to finish each other’s sentences without interrupting.

Last summer, the duo played an east coast backyard tour. It was the first time they figured out how to perform live. Zagnit sang and played upright bass while Schapire also sang and played patches on keyboard. “As a primarily acoustic musician, it was very different to reverse engineer and distill the most important aspects of a song and then rewrite parts of it that would work as a duo,” Zagnit said. In a sense, live versions of their songs grew their limbs. While it’s certainly impressive to hear a live band take their record to the tea on stage, it’s equally impressive to see what new directions they come up with.