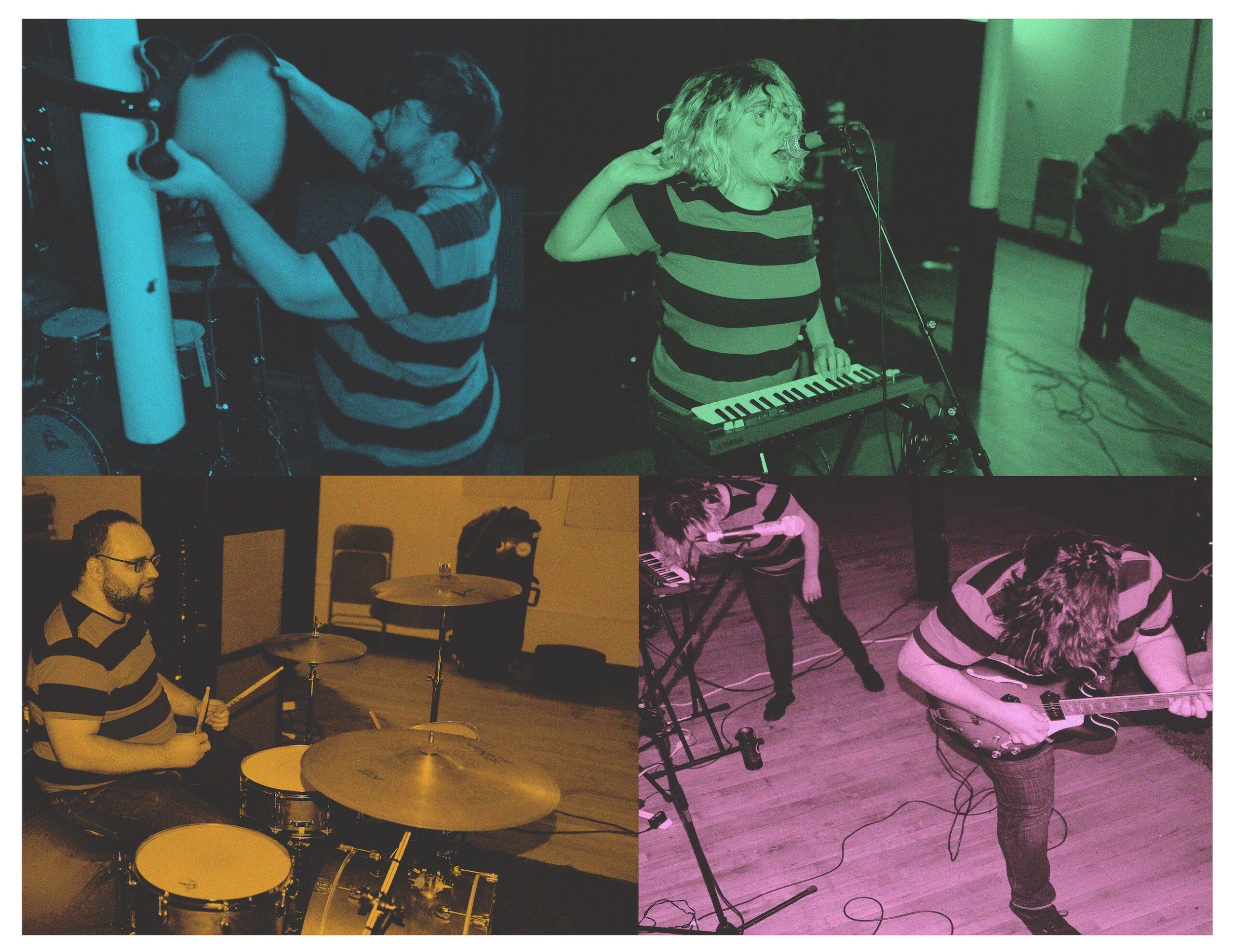 Perennial’s latest full-length In the Midnight Hour lands somewhere between the artsy chaos of The Shape of Punk to Come and the danceable post-hardcore of No Kill No Beep Beep. It’s a unique and compelling record, one which as often dives into the macabre as it does explode with frantically shouted hooks. There are no other bands in punk doing what Perennial’s doing, and we spoke with the band to dissect their masterful new record. Additionally, tomorrow the band will be releasing In the Midnight Hour on cassette for Bandcamp Friday.

Why is the record called In the Midnight Hour?
We really love when albums establish a certain mood or a certain time and place, so that when you listen to the record it feels like you’re spending that half an hour in this very evocative, clearly-defined space. So In the Midnight Hour felt like a good, impressionistic phrase for doing that. Right away it establishes the setting for the whole thing. For us the nighttime was this poetic theme that connected the songs, so the title fit that well. It’s also just a beautiful phrase to my mind; it’s both distinct and full of possibility: In the Midnight Hour.

There are, throughout the record, many references to Halloween, haunted houses, skeletons, things like that. What was so appealing about these themes in the writing of this record?
This is in many ways an extension of the idea behind the title: recurring themes, motifs, ideas that keep popping up. “Halloween Night” is a beautiful setting, and while we’re not necessarily being that specific with the album as a whole, it’s the kind of specificity and mood we had in mind. There were a couple songs early on where we were using haunted houses as a sort of initial premise, just to get the lyrics started, pulling from a collection of images. We had a lot of fun doing that, and it eventually became more of an album-wide concept: each song being about the night-time in its own way. So for some songs “night-time” was about haunted houses, ghosts, film noir, some long-forgotten horror movie from yesteryear that becomes accidentally poetic when you’re catching it half-awake on TV in the wee small hours.

There are also a number of references to various figures from Greek mythology or otherwise Greco-Roman philosophers–Pallas Athena, Eurydice, Sophocles, Ovid. What role do these figures play in the arc of In the Midnight Hour?
That’s a similar, very “Perennial” move: to some extent it’s just a really rich set of stuff to draw on. I love when an album feels like it keeps returning to certain ideas or phrases or themes, but from different angles. Like painting an apple in abstract expressionist style, then in cubist style, then in impressionist style. So when there’s all this recurring Greek mythological stuff popping up and you notice it, you might sort of wonder about how the songs connect, where the threads are between different moments in the record. It’s also a bit of a nod to one of the more central influences on the record, Nick Cave & The Bad Seeds’ Abattoir Blues/Lyre of Orpheus double-LP, which is just filled to the brim with all these classical Greek literary references.

What is the relationship between this LP and the Food for Hornets EP? I know half that EP was re-recorded onto this album.
The Food for Hornets EP came from both our wanting to give folks a chance to hear what we were working on during the process of recording In the Midnight Hour, and a way to try out different versions of a couple of the songs (“Food For Hornets” and “Lauren Bacall in Blue”). “Lauren Bacall in Blue” on the album is this wild collage of styles; on the EP it’s this very sharp, brief punk song that then pivots into this gentle instrumental coda. I’m also very nostalgic for the days of EPs that would come out a bit before the full album and feature a song or two plus some B-Sides.

What do you want your ideal listener to get out of In the Midnight Hour?

That’s an interesting question. Our real, central goal for the record was to make something that was really kinetic and energetic and vibrant – something that hopefully captures the energy of our live shows – but that also made real, adventurous use of the studio as a space to experiment. A post-hardcore headphone album. So I really hope folks dig that about In the Midnight Hour: that it’s quick and fun and dynamic, but also full of cool sonic surprises that make it worth sitting down with often.

In the Midnight Hour is out now.