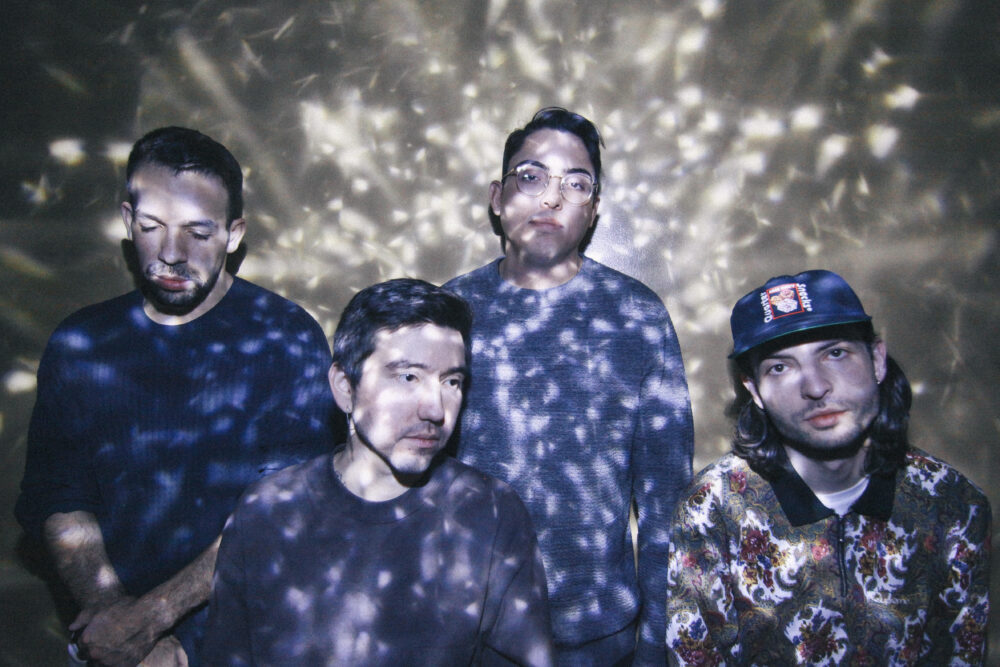 When they titled their debut full-length album Get Well Soon, Staten Island’s Only Sibling could not have known they would end up releasing it in the middle of a global pandemic that has ground touring to a halt. But those are precisely the circumstances the foursome—Alex Basovskiy (vocals, guitar), Jordan Torres (guitar, vocals), Damian LaRocco (bass), and Alex Allen (drums)—find themselves in as Get Well Soon drops Friday. Unlike many artists this year who saw their release plans derailed by COVID-19, Only Sibling and their label, Other People Records, had all the groundwork laid for the album’s release before the pandemic really began to rage. The tour was set. The vinyl had been ordered. “It all kind of happened before everything really started shutting down, so we decided to keep going with it instead of indefinitely waiting around,” Basovskiy says by phone from Staten Island.  “We’re trying to do what we can as far as keeping people engaged and posting online.”

Only Sibling has yet to break out in a wider sense, though they have developed a loyal following in the tri-state area, which can claim them as local sons. The foursome met in high school in Staten Island, “the forgotten borough of New York City,” Basovskiy cracks. When they have toured more widely, fans have been picking up what they’re putting down. The fuzzy, lo-fi vibe they have cultivated on Get Well Soon is a departure from their earlier sound on debut EP What Keeps Me Up at Night (2016), unmistakably more mature and exercising more restraint. In their earlier iteration, Only Sibling’s heavily distorted guitars, more traditional verse-chorus structure, throaty vocals, and hook-laden tracks felt tied to an earlier post-hardcore era. EP ender “Always” is a singalong banger that regularly closed out the band’s early shows, when they would have fit perfectly on a bill with acts like Balance and Composure, Superheaven, Title Fight, or Polar Bear Club.

On the LP, however, Only Sibling often sounds like a different band altogether from the one that recorded What Keeps Me Up at Night, but it wasn’t necessarily a conscious decision that led them there. As the band wrote Get Well Soon in the years following the EP’s release, time afforded them the luxury of writing without consciously thinking about what they wanted to sound like.

“I wouldn’t say we ever just stopped and said, ‘Let’s do this or that;’ we were writing the record for awhile at a pretty slow pace,” Basovskiy says. “If we were super crunched for time we would have tried to think more about what we wanted to sound like. We would just go to practice and write what felt right. The only intentional thing is I wanted to simplify the sound a little bit.” In the pursuit of that goal, the band is less inclined toward music theory and more inclined toward, well, vibing. “I personally don’t know anything about music theory,” Basovskiy says. “Damian went to school for music. There are times we’re writing and he’ll try to explain what this or that is, but it’s about just having the right vibe.”

The mastermind behind Get Well Soon’s vibe is shoegaze whisperer Corey Coffman (Gleemer, Seer Believer), whom an Other People exec hosting Only Sibling out on tour recommended, given their sonal goals for the LP and, also, Basovskiy’s unabashed love of Gleemer. “First and foremost, anyone that knows me even remotely knows how much I love Gleemer. I never shut up about that band. It’s my favorite band,” Basovskiy says. “People might say, ‘He’s putting them on because they’re labelmates,’ but they’re truly my favorite band.” Coffman’s ear for that sound, as well as his extensive collection of effects pedals, carried Get Well Soon over the finish line. None of Basovskiy, Torres, LaRocco, or Allen consider themselves gearheads, but the band has been investing in more equipment so that the songs can sound as intricate live as they do on the album.

One of Coffman’s suggestions also ended up playing a major role in the album’s final sound and the band’s future. When Only Sibling first came to the producer with an early version of the record, Basovskiy and Torres had split vocal duties. Coffman suggested maybe one of them should sing the entire album instead, and after they each re-recorded some tracks, the job fell to Basovskiy, which means Torres is freed up to play the more intricate lead guitar parts live. “It really changed the trajectory of the band, I like to think in a good way,” Basovskiy says.

On Get Well Soon, single “My Violet,” which the band actually released in 2019, perhaps best bridges the gap between the EP and the LP. From the jump, it’s an atmospheric, energetic bop, initially recalling “Chlorine” off Title Fight’s Hyperview (“I didn’t realize that, but I get the vibe,” Basovskiy says), but building into a languid, extended breakdown. “Native” is another fuzzed-out banger, ending with a bendy solo that makes the band’s shared love of ‘90s alternative generally and Dinosaur Jr. specifically clear. Single “And I Hate It,” however, unmistakably establishes the album as one produced by Coffman, and its dreamy shine feels right at home with the twinkly sound that once again rules the day.

While Basovskiy acknowledges the band’s influences and what they’re listening to during the writing may burrow into the music, “You can’t really be a fortune teller. If you think you need to sound like ‘this,’ you’re probably already too late as far as what’s gonna be the next best thing.” So while Get Well Soon has its share of Gleemer twinkles and Title Fight hooks and Dinosaur Jr. fuzz, Only Sibling never sets out with a roadmap in mind when they sit down to write.

In addition to streamlining the sound, what Only Sibling wanted to do especially on the LP was play with volume, and Coffman’s guidance proved masterful there. Get Well Soon isn’t an album that builds to a peak and then gently descends down the other side; it’s full of peaks and valleys, with quiet shoegaze melodies occasionally punctuated by Basovskiy’s guttural screams. Though it embraces loud-soft dynamics and makes measured use of its quiet moments, Get Well Soon is not background music. It demands too much of your attention for that.

In many ways, Get Well Soon is a meta exploration of what it means to make music, who and what purpose it serves. “Native” is a tongue-in-cheek take on what it is to be in a band: “Why can’t I find the front door? / This place is just the worst / Can’t you see the people came / All because of us.” At least for Basovskiy, it is an endeavor that has frequently damaged his relationships and his career (he graduated with a degree in finance). But for all the tension and disruption music has caused in his life, he has given up trying to resist its call. “I don’t know what it is specifically about music…maybe it’s because I taught myself, and it boosted my confidence as far as knowing I could do something myself without the help of other people,” Basovskiy muses. “It has caused conflict, but you can’t please everybody. You just have to figure out either what your priority should be or figure out if you need to change the people around you in your life.”

Even more than the music, Only Sibling is a creative outlet for the foursome, who shoot all their music videos themselves, make their own merch, and edit some of their own photos. Of course, the part of it all with arguably the most payoff, touring, is off the table for the foreseeable future. Promoting an album in 2020 without live shows is surely easier than it would have been 20 years ago, but social media only goes so far. “You can try to make people care on Instagram as much as you want, but at the end of the day, if people don’t see you in person and get the energy and understand it from a live aspect, I don’t really think it’s the same thing,” Basovskiy says. The foursome all have jobs back home; a couple work “shitty retail jobs,” another is a substitute teacher because of the flexibility the schedule allows for touring. But when they’re home, they have one foot in each world. When they’re out on the road, even on the days they’re doing nothing, that’s when it all comes together. “You’re stuck in the middle of nowhere and you have nothing to do for the whole day, it seems like it wouldn’t be that much fun,” Basovskiy says. “But that’s the whole package, and it’s what I love to do”

“We’ll be on tour as soon as we can for whoever cares. We’re eagerly waiting to do that.” 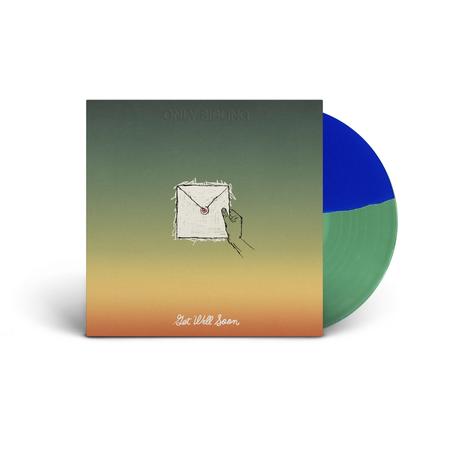 Get Well Soon is out Friday from Other People Records.