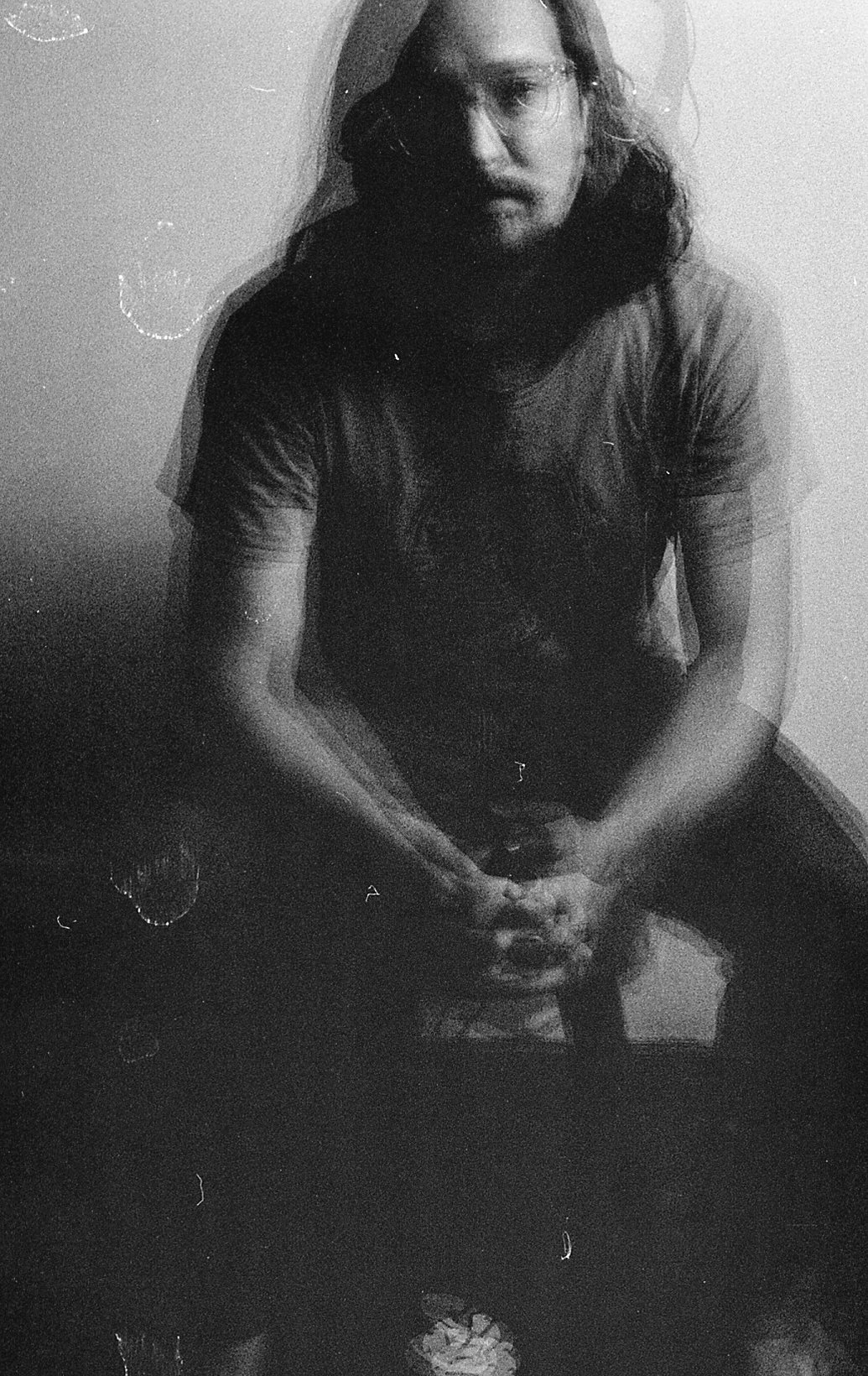 Ross Page is a sort of wunderkind. He juggles five different projects, including his solo endeavor Color Temperature, and double as many styles of music between them all. As Color Temperature he’s just released his fourth full-length, Me Talk Pretty, as well as an experimental single titled “The River” for Fort Lowell Record’s This Water Is Life split series. Me Talk Pretty is the apex of Page’s work to this point, an indie kaleidoscope that takes in elements of Americana, heartland rock, folk, and dream pop and spits out something entirely unique. We sat down with Page to discuss his latest record.

How’d you start writing and playing music in the first place?

I’ve been writing ever since maybe eighth grade. I never did it seriously until college, but I’ve always played in bands. After I got into it a little more near the end of college I just couldn’t stop. I moved to California for a bit after college and was lucky enough to have a whole room to set up my drums and it was this online music blog that did this ‘make an album in a month challenge.’ I’d never done anything cohesive or real, but I did that and I thought it was sweet.

You’re in Seeking Madras, Lauds, and Azza on top of Color Temperature.

There’s an indie folk band called Tumbleweed I play with too.

How did you get involved with all of them, and how do you balance all these bands?

I play drums in all of them, which really helps. I don’t have to learn all these chord progressions. But it’s neat discipline myself to just play that one genre. I’ll try to play intentionally–and sometimes even take parts of my set out of the equation. For Tumbleweed I play with a smaller kit. It’s a fun challenge, and it helps that I play other instruments, so I can hear where drums need to lay back more. A lot of the bands have shared members too.

Each of these bands has a different vibe. Tumbleweed is folk, Azza is post-punk, Lauds is dream pop, and Color Temperature’s sort of a little of all of that. Which project would you say is closest to what you listen to in your day-to-day?

I go through seasons of it, but there’s a couple I come back to. I listen to Kurt Vile a lot, especially lately. Probably mostly I listen to indie rock stuff, Alex G, that kinda stuff. I’ve been into egg punk lately. [laughs]

What is egg punk?

I didn’t know it had a name. It’s like this newer subgenre of punk that’s kinda goofy with a lot of chorus on the guitars. If you know the band Prison Affair. They’re all short songs. I love a sub-two-minute song.

I wanted to talk a bit about that Azza EP–how’d that band start? Most of the other bands you’re in have been around for a while.

I literally–probably mid-2020–was listening to a lot of punk, that Illuminati Hotties album Free I.H. I listened to it obsessively, four times a day. I was like, “I need heavier music. I’m over relaxing, I’m over Brian Eno and Aphex Twin.” I posted on Instagram like, “Who wants to form a punk band?” My buddy Jeff in Seeking Madras hit me up and said let’s do it, so when COVID calmed down we got a practice studio downtown. We both wanted to get someone on the mic to sing and write that had something to say. We write our own stuff but wanted to intentionally be political. I asked around and someone at the coffee shop I go to, Luna, told me to ask Janice. She joined and we tried it out. We immediately clicked. Janice’s husband, who’s in Nice Derek, is a really good guitar player, so we tried it out. He brought a weird Devo energy, Coneheads–oh, and they’re a really good egg punk band. The person who mixed it said it sounds like we’re all trying to be the lead instrument in a cool way.

You also just dropped your fourth Color Temperature full-length in June. I always appreciate that your stuff’s always got a consistent art direction from the albums to the singles. How’d you get the art for Me Talk Pretty?

I also do film photography, which is kinda where the name came from. Color temperature is a way to measure light–if you’re in a doctor’s office, the light’ll be blue and sterile, so that’s got a cold color temperature, but candles will have a warm one. It’s a way to portray mood in moviemaking and photography through lighting. The artwork–I do film photography, so all the photos for the record were photos I took, except for the drawing. The first two were random, but with Me Talk Pretty and the singles, I thought it had an overall theme. It’s mainly about a new relationship, and all the photos I used were taken without the intention of using them for a record. I cropped them to fit the songs.

The title is very striking too, and I’m curious why you chose to title the record Me Talk Pretty. What is it about that that captures this record?

That’s one of the two oldest songs on the record. “Me Talk Pretty” and “Your Math” are five years old, maybe. They’re from a different time but fit this positive theme of support for a loved one and viewing yourself in a positive light in a new relationship. Me Talk Pretty One Day is a collection by David Sedaris, and I listed that for the song when I wrote it, and then I shortened it and thought it made the song feel a little more present. This is the first album I’ve written that’s not super depressing. [laughs] I write therapeutically a lot, and the first three are sad. This one’s not. It felt fitting to repurpose something old and spin it positively.

How has the reception been to the record?

Pretty good, man. My manager and I, when I released the first single, were toying with the idea of shopping it around, but I got kinda antsy. All the songs are written in the moment, and I didn’t wanna get bored of them. I said, “I gotta get this out,” so we did it. I reached out to Small Albums on Twitter, who I’d been following online for years, because they just happened to say, “Who’s releasing music today?” They latched onto it.

That was “Open Carry,” right?

“Stunner” was the first single, and it’s one of my favorites. That kinda felt like a copout, though, because it’s a minute long, but I figured I’d put it out and that counts as doing something. It just synced up so well. I released a single every couple weeks, and they liked them. It’s the most successful my music’s been since I started doing it. That’s affirming, too, because it’s the best music I’ve written.

What others are some of your favorites?

I love singing “One Year Lease.” I think it’s one of my favorites to sing, even just me on my couch. “Open Carry” and “Long Fall” are two of my favorites I’ve written. I think the driving energy without being intense is what I’ve been pushing the project towards. I wanted to write songs that have the attitude of punk music but recorded really small. It works well with my voice singing quietly, so recording everything quietly just made sense. “Me Talk Pretty” was written to be a loud emo song. I was listening to a lot of Krill and Kal Marks when I wrote it. All the songs I wrote in that time were all geared towards that sound, but I didn’t like the demos. When I recorded it this way it clicked. I have a well of songs I wrote years ago that I can draw on if I think it fits thematically.

So we can get noise rock Color Temperature eventually.

It’s a possibility. I have a new song that’s out, a concept song about the Cape Fear River, and it’s 13 minutes long. It’s a one-off–I don’t write songs above three minutes usually. But I’m excited about it.

Me Talk Pretty is out now.