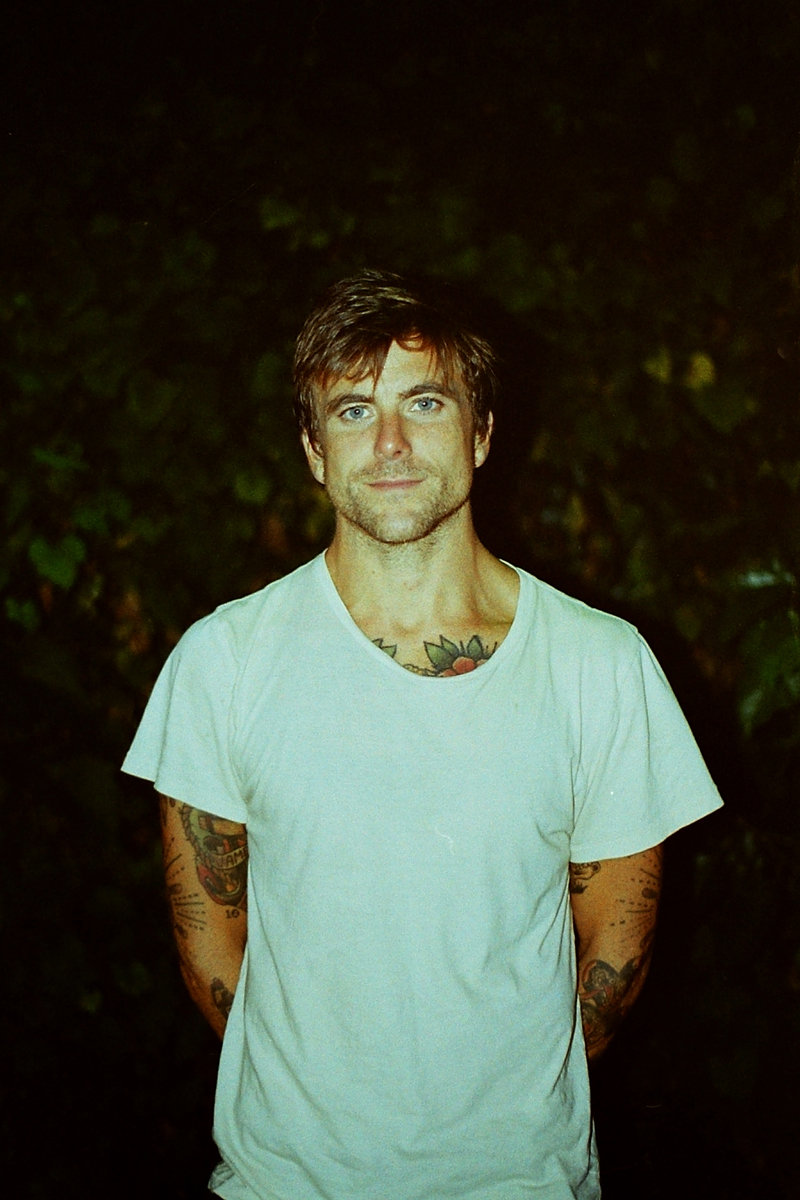 Everything Anthony Green touches turns to gold. He’s one of the most prolific musicians in indie rock, and he’s had his hands in everything from prog-rock to post-hardcore to pop-punk to folk rock through the years, all held together by his distinctive voice. He’s about to drop his most thrilling record yet, titled Boom. Done., a collection of ten funky, bombastic, horn-heavy indie pop songs that rank among the best work he’s ever been a part of. He was kind enough to talk with The Alternative to give some insight into the writing of Boom. Done., his songwriting process in general, and what fans can expect for the rest of 2022.

How have you been doing throughout the pandemic?

Right now I’m pretty good. I think I’ve found a good regiment of things to spend my time on that are positive and fulfilling. I spend a lot of time with my kids, and I’ve been writing. I just came home from tour, and shows have opened back up which has been great. I’d say the pandemic crushed me a bit emotionally, but I stayed very productive the whole time. There’s a lot of new music on the horizon. That makes me happy, so today’s a good day.

You just finished a stint with Tim Kasher and Laura Jane Grace. How’d that go?

It was awesome. We had so much fun playing each other’s songs. It was a good group to hang with. In that way it was good, and we had a lot of fun on stage, but we also had a lot of fun getting to know each other, playing music together. Really fun.

How much of the new material did you play on that tour?

Probably four new songs, three or four. I love them, and they’re fun to play. It’s hard not to play them! I try to balance old and new stuff, but it might’ve been a bit of a self-indulgent set.

Speaking of, you’ve got a new record coming out. How long have you been working on Boom. Done.? I know you’ve got a lot of projects going on and I know that “I Don’t Want to Die Tonight” was on your acoustic record from last year.

Boom. Done. started in the very beginning of the pandemic. I wanted to start a new band with the guys in Good Old War, Tim and Keith, and they were free. Good Old War had taken some time off, so we started writing songs. They were sending me stuff, and we’d go back and forth, and then it evolved into a solo record. I still think starting a brand new band with them would be really cool, but the record helped me deal with a lot of what was going on in my life, and it gave me a place to express all the stuff that was going on. It also gave me space to see the end of the tunnel. It was maybe about two years of working.

What made you return to the High and Driving name?

I felt like the songs felt more like a band, and Tim was on those early recordings. I felt like The High and Driving Band was my band with Tim.

It’s probably, even compared to that old EP, very different for you. Was it an intentionally different-sounding record?

That tracks with a lot of what you’ve been saying about the lyrical content too. It’s one that carries a lot of optimism, lyrically.

Yeah, if every album is a journal entry part of your life, Boom. Done. almost started like a suicide note. At the end it was this thing that reminded me of all the things in my life that I care about and that mean something to me, that meant there’s something worth fighting for.

“Maybe This Will Be the One” was the first one that you put out that really felt like something unique. That, pairing with “I Don’t Dance,” which is probably the closest to your previous solo stuff, was a very cool way to introduce the record. Was that your hope, to draw people in with something more familiar and then hit them with a left-field track right after?

It wasn’t. I really just loved both songs so much. I wanted to put out “Maybe This Will Be the One” so bad. In retrospect, them together, they sort of encompass everything happening on the record, but it wasn’t intentional.

Do you have any favorite moments on the record, or are there any aspects of it that you’re most proud of?

So in “Maybe This Will Be the One,” there’s a trumpet in the second verse, and it’s just the most incredible take. It’s like the trumpet’s singing, and it sings a louder and clearer message than I ever have with any words I’ve tried to mash together. The song “Fucks Me Up,” the second half of it, it’s got such a magical feeling. It’s such a triumphant thing to sing, such a cool message that everything just as it is is okay. I feel like I’ve been trying to convey that in a song my whole life, and maybe I’ve been trying to do it too abstract. It came out so clear, concise, and simple. I love the fucking slide guitar in “No Other Choice,” the pedal steel. It’s fucking cool. It makes me feel like I’m on the beach. It’s summer vibes. I love the opening track, such a cool affirmation for me to put out there. I’m trying to stay good. There’s so many moments on the record! The whole “I Don’t Dance,” it’s just one of my favorite things I’ve been a part of.

I’m glad you brought up the opener and closer, because they feel like an affirmation and then a reaffirmation. It’s a nice bookend.

Originally “I Don’t Want to Die Tonight” was going to be the opener. Then, at my house, when it seemed like there was all this stuff crumbling down on me, I started playing “So It Goes” and the melody and lyrics all happened at once. I thought, “This should be the first thing people hear.”

You’ve been making music for quite some time. How do you think younger Anthony from the Zolof era or Translating the Name or High and Driving eras would feel if you played Boom. Done. for him? What would he think of it?

Thank you. I know you’ve got a tour with Thursday coming up. What else can fans look forward to?

There’ll be some more solo shows, some Saosin shows. We’re talking about doing new Sounds of Animals Fighting shows early next year, some new music. There is definitely new Saosin music getting worked on.

How do you balance all these projects? Does that ever get jumbled?

It does, but when I schedule things, I’m good. I feel like you don’t imagine this type of job being one with a strict schedule, but I find I need a strict schedule, like, “I’m going to work out, then spend x amount of time making music.” I can sit down, listen to a Saosin track, Circa track, Sound of Animals Fighting track, and then whatever gets me going is what I do.

Do you know when you’re writing which project a song will be for?

I do. When I’m writing lyrics, I just write, and I don’t think in that way. But when I sit down I usually have the music from those bands, so I know which it’ll be for. If I’m walking around, musing, writing lyrics, then I have no idea, I guess.

You’re a busy guy in a lot of bands making lots of different music. Are you the sort of person who needs to always be working on a project?

If there’s anything else I haven’t asked about that you’d like to say, go for it.

Usually I don’t have anything, but for anyone reading this, I’d love for people to practice having the same kind of consideration that they have for their favorite musician for every person in their life. If everyone treated each other the way they treat their favorite musician–someone they don’t know–I think things could be affected positively.

Boom. Done. is out Friday on Born Losers Records.