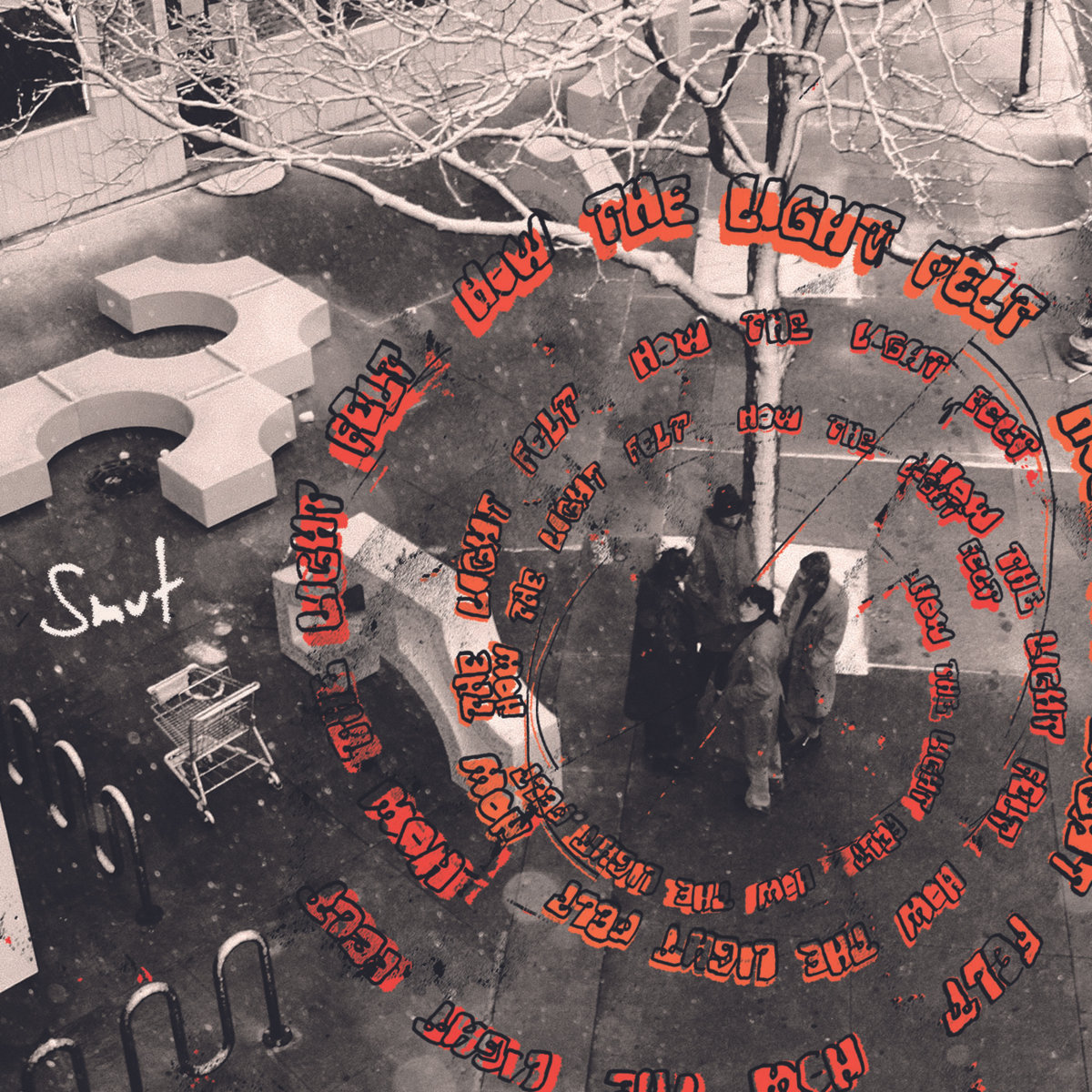 Smut introduced themselves to the world 5 years ago as an unrecognizable form of what they are now. Their sound was youthful and aggressive, and they showed it off proudly on their first LP End of Sam-Soon, released in 2017. While the project had its moody details, its walls were painted with fast and fuzzy guitars and wailing riot-grrl inspired vocals. “We were a little bit younger, so there was just that punk mentality that’s been beaten away with time” singer Tay Roebuck says. “Eventually, you just think, why aren’t we just making something more along the lines of what we listen to?”

Over the 5-year time period, Smut have grown and matured. They’ve chipped away at their punk ethos and started creating music more aligned with their personal taste, which varies all the way from The Smiths to Green Day through each member of the band. But more importantly, they’ve gone through new hardships and started showing vulnerability in their music. Their newest LP, How the Light Felt, released November 11 on Bayonet, is a record that deals almost specifically with Roebuck’s trauma of loss, and the grieving process that followed. “My little sister passed away 5 years ago. We were already a band, so it naturally became the only thing I could write about.” says Roebuck.  Along with the instrumental shift from gritty punk to 90’s era melancholic Britpop and shoegaze, How the Light Felt sounds bleak on paper, but its not one to wallow. The songs are forward thinking, blending old influences with new contemporary ideas, conjuring hope to move past the hardship that comes with coping.

While the harrowing lyrical themes are the focal point, they are almost always at odds with shimmery instrumentation and melodies. “Let Me Hate” very literally deals with Roebuck’s decision to see a therapist to help cope with her sister’s passing.  “When you’re grieving, you have this very blunt and immediate realization that this is just something you have to carry with you forever, and I could not cope with that,” Roebuck says.  Although it is a heavy subject, the lyrics are sung overtop of brisk drums, lush synthesizers, and guitar combos from guitarists Sam Ruschman and Andrew Min. This creates an optimistic and uplifting atmosphere rather than sad.  Roebuck adds, “We know its a depressing subject, but it doesn’t have to be hopeless.” She sings, “she says give me one with feeling / and write down what it means / can’t let me hate this world for taking you / but let’s me have my dreams” with stern conviction, confident that she will be able find a better way to cope than continuously looking at old photographs.

“Believe You Me” goes on to soundtrack Roebuck’s experiences as if they were a 90’s drama. She’s setting a dreary scene with the refrain, “winter came and the phone calls stopped / the hills caved in and the rain held off / hold tightly to the memories that haunt you.” It was Roebuck’s intention to create cinematic visuals in the lyrics for the track—while the band sets a mood, she tells a story. “While [the band] is doing stuff, I’m huddled in the corner listening, and doing that thing you do when you were a child. When you look out the window and imagine a music video of your life because the radio is on.”

The track’s usage of electronic drums rather than a raw acoustic kit plays a big factor in the song’s chilly and serene vibe. Thankfully, it’s not the only track the band decided to feature them on. The closer “Unbroken Thought” leads the beat in with a Sugar Ray inspired record scratch, almost becoming trip-hop wave rather than indie pop rock. “Morningstar” fully enters the genre with deep and distorted synths underneath a choppy vocal melody. “Tay came to me and said she wanted to make a song that was like the Batman Beyond theme song”, bassist Bell Cenower says of the track’s origins. “We went back to my apartment, and I programmed these drums, and all Tay had was a vocal melody. That’s probably why its such an oddball, it has such a left field inspiration.”

When Smut do use traditional raw drums, they’re focused on power; sounding like a “freight train,” as drummer Aidan O’Conner puts it. The opener “Soft Engine” is the most explosive, with Roebuck channeling her inner Shirley Manson over top of Ruschman and Min’s strobing riffs, with “Supersolar” coming in at a close second, with its driving drum beat and larger than life “I’m terrified” vocal refrain.

How the Light Felt doesn’t see Smut completely re-inventing the wheel, but they’re certainly trying to set themselves apart. They’re creating a soundtrack for certain moments in life to ease the pain, or to bring back memories that you hope to hang on to. Roebuck puts it simply; “The goal was to have an open mindedness to try something different and create something we’ve always wanted to hear.”

How the Light Felt was released November 11th on Bayonet.