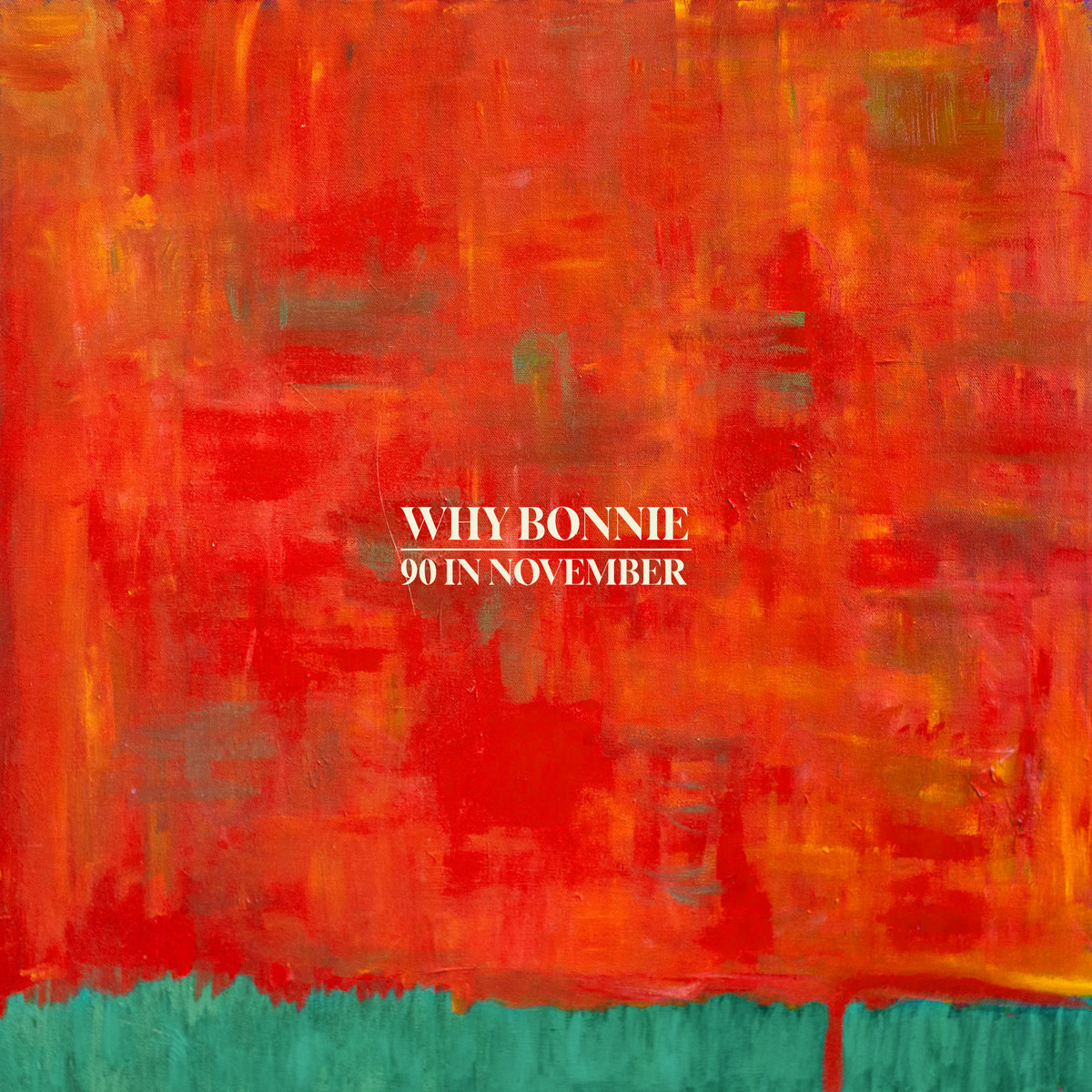 Why Bonnie may be flying under the radar of indie darling bands, but they’ve proven on their first full-length album 90 In November that they’re bringing something unique to the table. They’re setting out to not only write great songs, but also create a place in time. That place being a ranch, somewhere in Texas, where the sun feels like it’s burning only a few hundred yards away from you. Blue collar folks are all around, rolling up their long sleeves because the heat doesn’t bother them like it does outsiders. Cows look up from eating grass, not breaking eye contact as you run your hand along a wooden fence. Why Bonnie put us right in the heart of it all, squeezing all the juices they could out of their memories and experiences in the small town of Silsbee, where the album was recorded. Not only are there jangly guitars and warm bass tones, but also grand piano flourishes, blissful organs, fuzzy harmonized guitars, and layered vocal harmonies. They’re giving everything to put you in the hot and lonesome western atmosphere that the album is an ode to.

The album is kicked off with loud buzzing guitars on the opener “Sailor Mouth.” They squeal and feedback until transitioned into the much cleaner and calmer verse, where a great sense of nostalgia is expressed in the lyrics: “It’s a salty sweet familiar taste, when I say your name, and it always tastes the same.” Singer/guitarist and head songwriter Blair Howerton has seemingly been fighting off her need for comfortability in a small town where the future may be dim. However, “Galveston” sees her quickly giving in to what she’s trying to avoid. On top of the twangy guitars and swelling organs, she sings “if comfort is a killer then maybe I’ll die here / with the cigarettes and old beer / and the lazy boy and lawn chairs / but it feels so clear looking through the muddy water / that I’ll keep coming back here even when it’s all over.” Even with these deeply introspective lyrics, the song still manages to be catchy and memorable, perfect for staring out the passenger seat window and wishing you could relive certain days.

“Nowhere, LA” is a similarly catchy song riddled with Phoebe Bridgers-ian lines about being lost in Louisiana. The lyrics spell out the story, but the instruments play just as big of a part in telling it. The distant guitar slides set up the piano flourishes on the pre-chorus, where Howerton sings “stepped on my own tail again / when I saw you across the street / thought of what I’d say to you / but my words all come up empty.” She steps on her distortion pedal, cranking up the volume in the chorus to let us know these emotions are loud and real.

Why Bonnie starts to pig out on their sadness on “Hot Car,” a slower cut that makes you feel like you’re sweating in the backseat of a pickup truck that never had its AC fixed. It’s rawer than the other tracks, sounding reminiscent of Soccer Mommy during her Clean era, voice cracks and all. “Silsby” takes a similar approach but acts more as an interlude; being mostly instrumental until about the 2-minute mark.

It all feels like a setup for the album’s crown jewel, the title track. The song’s faster tempo and sunbathed guitars make you feel like you’re back in that old pick-up truck, only with the windows down and the wind drying the sweat from your face. The lyrics do the best at glorifying small town life, “making out with black lungs and a heart of gold / going once going twice / now I’m sold.”  There’s joy to be found in a pack of cigarettes and betting on how far you’ll get on $2 worth of gas. It’s like if Sheryl Crow didn’t have a TV or significant other at all, but still managed to soak up the sun.

The back half of the album refrains to depressive western balladry, but with an aggressive edge. Electric guitar plays a bigger role in songs like “Sharp Turn,” and “Lots Wife;” beefing up the choruses with distortion and noise. The latter’s especially cacophonous outro filled with boisterous solos and sing along “hey-ho’s” feels like a proper send off for the album, yet Why Bonnie instead choose to close with the dramatic “Superhero.” On the track, Howerton associates loving her romantic interest with having superpowers, describing herself as a “hotrod vigilante” with an “unbreakable body” amongst other X-Men like powers. It’s not the most satisfying lyrical topic to end such an emotional record on, but the echoey strings humming in the distance as Howerton softly repeats “that’s what loving you feels like” makes it a tear-jerker nonetheless.

90 in November is a window into what complacency can lead to. An endless back and forth—questioning if there could have been more, maybe better a life somewhere else, but quickly snapping back before you give your heart a chance to sink. There couldn’t be anything better than comfort and familiarity, right? You’re never scared because you know what’s ahead, but maybe that’s not the right way to look at it either. Why Bonnie got it right on this album: go see the world, but don’t forget where you came from. Come back every once in a while so it’s not all just a memory.

90 In November is available on vinyl, cassette, and CD via Keeled Scales Records.