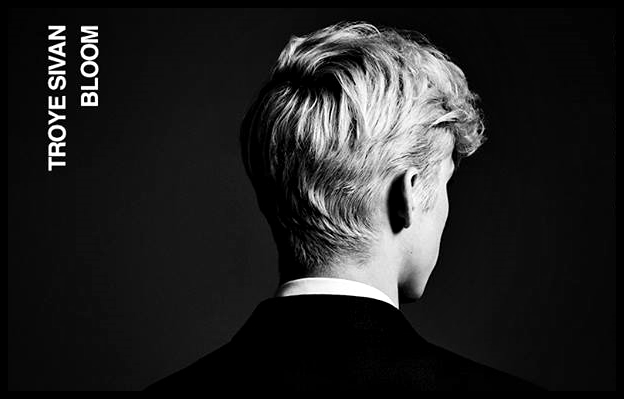 If Troye Sivan’s debut album, Blue Neighbourhood, represented the gloomy hues that color evokes then his sophomore effort, Bloom, would be sat on the other end of the color wheel glowing with the same intensity of our sun. Contrasting in energy, the albums represent two sides of Sivan as it shows his growth in the industry since his 2015 debut LP. As much as it thrusts forward with the same dominating electronic production that covered Blue Neighbourhood, the maturity in his sound, content, and expression is swiftly identifiable.

Sivan has always been known for his booming synth tracks and surprisingly large voice for his stature, but it’s neither of those elements that cause the overall delight of Bloom. What waters and nurtures the sophomore effort is the sensuality and charm that shines through from Sivan that feels completely developed here. There doesn’t seem to be any stumbling pursuit to find his footing throughout the record. He comes across as entirely aware and confident in presence and talent that should envelope any artist’s second release.

A reoccurrence in the record is the definitive male pronouns and nods to Sivan’s sexuality. The singer has never been shy about referencing his sexuality, but Blue Neighbourhood was heavily gender-neutral in contrast to Bloom. Unfolding from the opening track, “Seventeen,” he is heard detailing sexual encounters he had as a 17 year old with older men that proves to be only a taste of the direct and open lyrics referencing men that is heard throughout Bloom. The track ripens as it’s musicality swells, giving just enough familiar synth overlays to tie it to his recognizable roots yet offering more maturity in production to introduce the listener to his new era.

Songs like “My, My, My,” “Bloom,” “Plum,” and “Lucky Strike” follow the same formula as they kiss the sound Sivan is known for before indulging in more intimacy with the electro-pop fusion of the record. His vocals are more pronounced and the music smoother -cohesive with the sophistication Bloom takes on.

“Dance to This,” “What a Heavenly Way to Die,” and “Animal” dive deeper into the lush production and add a haunting aura to Sivan’s voice not fully developed in prior work. All focused around the lust and passion that comes with a budding love affair, the songs are crooned almost provocatively to drive that theme home. “Dance to This” offers a quirkier bridge of slicing percussion against a lyrical staccato before transitioning into the last chorus of the R&B infused track while “Animal” showcases a more eccentric side of Sivan as the track switches gears halfway-through, the ladder part of the song having a funkier flare that booms and shakes overtop groovy instrumentals.

Regardless, “The Good Side” and “Postcards” are the distinctive tracks featured. Besides their gloomy content, the songs provide the listener with a change in pace that hasn’t been explored by Sivan in any official releases before. He is stripped of the major electronics and glossy production -only being accompanied by simple instrumentals like an acoustic guitar or a driving piano. If anything, these are the tracks that show-off his vocal abilities and raw talent as an artist. “The Good Side” takes a unique perspective to a break-up, chronicling the split from the one who came out on the other side nearly unscathed. The indie-folk tone matches the lyrics as Sivan softly sings, “But I sympathize, and I recognize. Baby I apologize, but I got the good side of things.”

“Postcards,” on the other hand, comes from the darker anguish of a split. His voice is evocative against the keys of a piano as he pleads for them to not put him back down like he means nothing to them. The term ‘postcards’ seems to symbolize the strong imagery, memories, and feelings that drench the mind when looking at old souvenirs of the relationship, even if that’s just in the files of one’s brain.

Bloom is an ever-charming record from start to finish that only strengthens Sivan’s name and presence as a musician. His lyrical content and instrumentals flow smoothly with his sophomore release, only proving how much charge and strength has been exuded into these 10 tracks and the art he wanted to create. The use of he/him pronouns and explicit mentions of men throughout this album is a massive feat in comparison to his debut record and it’s illusions to being queer. This record is completely solidified as being a LGBTQ+ album by an LGBTQ+ artist for an LGBTQ+ fanbase. If his first album was a budding of who Troye Sivan is and what he can produce, Bloom is a full-blossoming. Once the last song is played, you’ll not want the record to end.