Home  >  Album Review: Tomberlin – ‘I don’t know who needs to hear this’

Album Review: Tomberlin – ‘I don’t know who needs to hear this’ 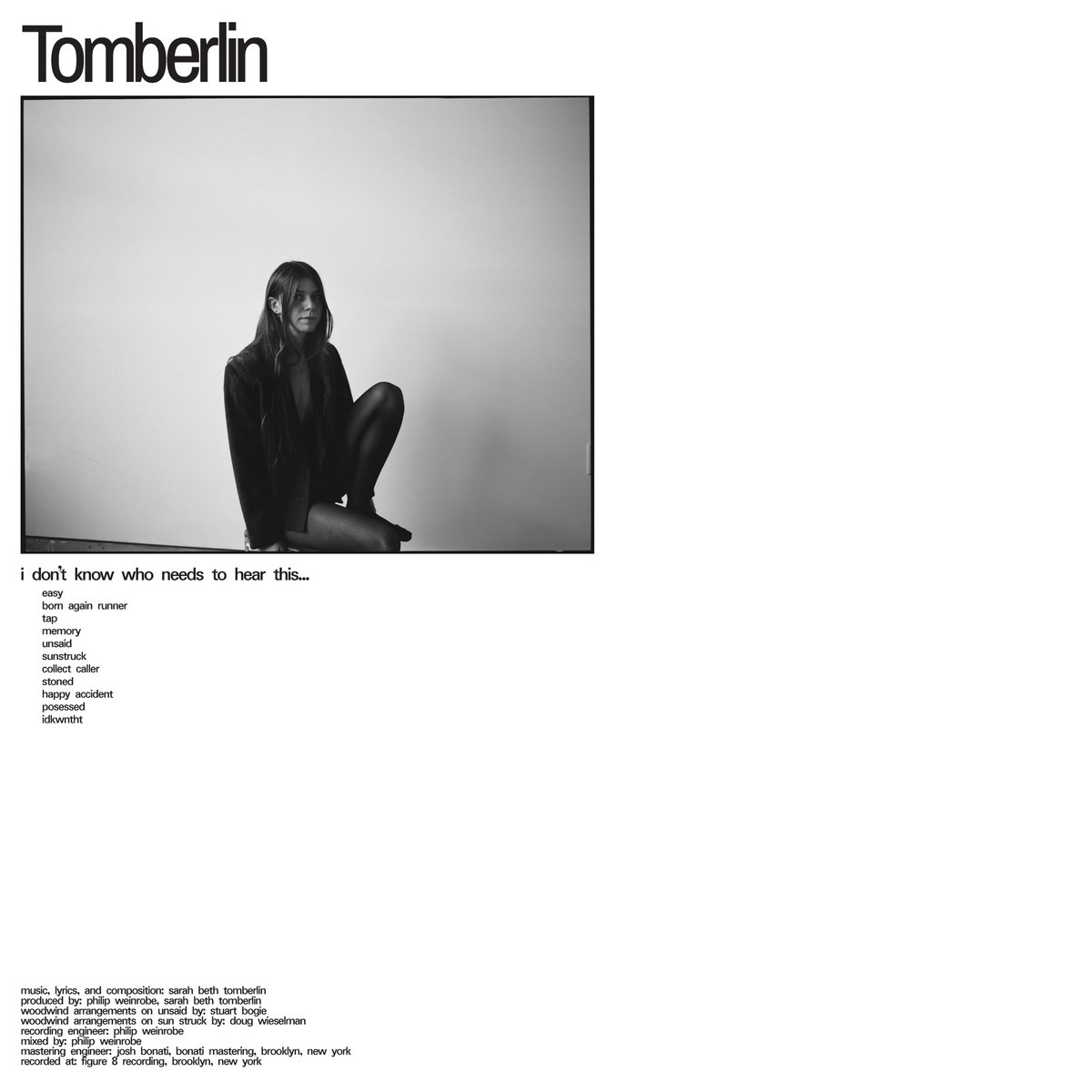 Sarah Beth Tomberlin, who makes music mononymously as Tomberlin, deals in the sort of hushed, acerbic indie folk that’s en vogue these days. Her 2018 debut LP At Weddings and the 2020 EP Projections revealed a thoughtful songwriter with a powerful voice; her compositions were sparse and skeletal and placed focus squarely on Tomberlin’s voice. On I don’t know who needs to hear this, she’s fleshed out her sound a bit, with muscular riffs and plodding drums lending some backbone to many of the tracks on her sophomore LP.

She released “happy accident” alongside the record’s announcement, arguably the song that best signals the difference between her previous material. A fuzzy, droning guitar heralds the new phase of Tomberlin’s career, and when she sings she flits between her lower and upper registers comfortably and without warning. If it’s indie rock, it’s indie rock.

She released “tap” afterward, which hewed a little closer to her more stripped down material, but the clicking drum beat gives the song a unique flavor, and the buzz of strings that weave in and out of the track provide a vividness much of At Weddings never aspired towards. It isn’t as loud as “happy accident,” not by a long shot, but it’s something new from Tomberlin, a sound she’d never even gestured toward. Like “happy accident,” it really is a great song.

Most of the rest of the record is a little bit subtler than the pre-release singles in its experimentality, though; “stoned,” which precedes “happy accident,” shares that track’s bright rock influences. Built around a propulsive bassline, “stoned” is hazy and languid, allowing Tomberlin to contort her voice into all manner of melodies and beautiful falsetto runs. The longer the song wears on the bigger it starts to get until it bursts to life with synths and Americana-tinged riffs. The opening pair “easy” pits ghostly beats against placid piano chords; it’s an appropriate introduction, a blend of old and new. It gives way to the folk rock of “born again runner,” with its spacey keys and shuffling drums. This, too, feels like a reintroduction to Tomberlin, another marriage of the sounds and influences of At Weddings with some of the bigger, more rock-focused songs on I don’t know who needs to hear this.

The LP hits a bit of a lull between “tap” and “stoned,” unfortunately; while all of the songs in this middle portion are rather strong on their own, they blend together a bit in a near-twenty minute stretch. Indeed, the galloping drums of “sunstruck” propel that song more than the ones that surround it, and the horns on “collect caller” and “unsaid” lend an airy, jazzy touch, which breaks up the run a little, but these feel more like accents than core textures of the songs.

I don’t know who needs to hear this is out tomorrow through Saddle Creek.