Home  >  Album Review: The Goalie’s Anxiety at the Penalty Kick — “Ways of Hearing”

Album Review: The Goalie’s Anxiety at the Penalty Kick — “Ways of Hearing” 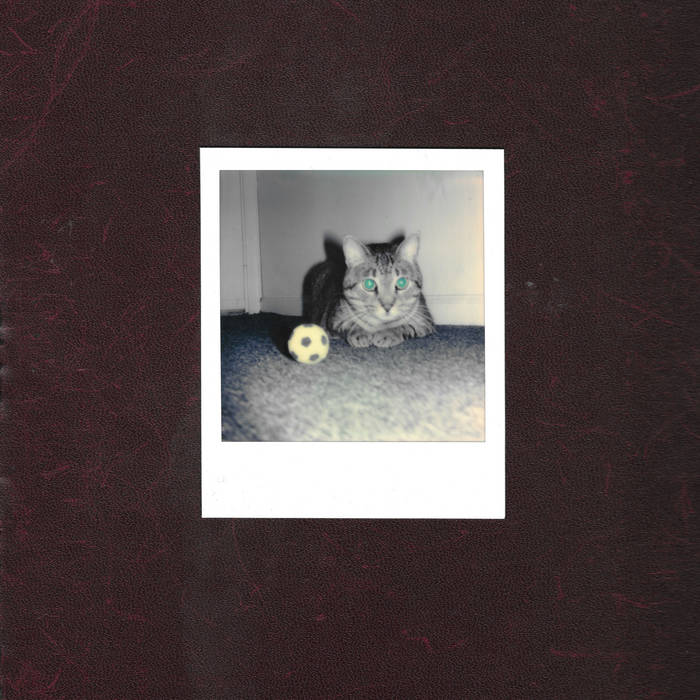 A good slow song has a different kind of chemistry. There is no movement, that proverbial third party filling out the room between the song and you. There’s no head banging or gentle dancing. Whatever swaying, whatever infantesimal move you make throughout the duration of the song, it’s not enough to draw focus away from the matter at hand. It’s just you and the sound, for better or worse. Maybe it’s not actually more difficult to write a slow song than it is to write a fast, loud one, but it’s definitely a hell of a lot harder to hide a song’s flaws when there’s no energy, no volume to pull you in. Slowcore, in this way, is far more dangerous a genre than it might sound.

It follows that when an album that falls into that genre perks my ears, it must really be something special. The pained, conflicted early work from Pedro the Lion or the high watermark of Carissa’s Wierd’s Songs About Leaving achieve something truly memorable in the numbed dourness of their guitars and the flattened affect of the vocals. In the best slowcore songs, a steady, one-noted approach isn’t boring or blah, it’s a betrayal of a deeper relationship with a remarkable emotion. It’s the sound of patiently sitting with a feeling until you’ve memorized the shape of it. It’s the sound that comes after a scream or a howl or a yelp of joy. It’s the sound of learning to live with something.

As the days in Philly suddenly start to feel a whole lot shorter, the darkness creeping earlier and earlier, bringing with it a subtle, gut-sinking kind of chill, this is the kind of music that starts to resonate more with me. It makes a weird kind of sense that the members of The Goalie’s Anxiety at the Penalty Kick are living through it on the other side of town, so perfectly does their music match up with the trudge toward a northeast winter. Their debut album Ways of Hearing is full of the best kind of slowcore songs, the kind that spend as much time as necessary with the thought they’re trying to convey, the kind that build not really toward a climax as much as a sort of indulgent plateau, a steady kind of enlightenment. It’s a very good, engrossing collection of songs—chilly and thoughtful and quietly surprising.

The time and attention allotted to the details in these songs is what makes them so moving. For a new band, Goalie is particularly good at choosing the right moments to deploy the right sound, a mark of restraint that’s all the more unusual when you take into account the fact that this band has at least six members. “An Olive Coat,” the album’s opening song, wades elegantly from a low shimmer to a subtle crescendo, weaving its continuous refrain with a more emotive vocal held further back in the mix. The song deals with a bittersweet but ambiguous loss, its repeated lines searching for ways to carry forward without being overly precious about the past—“Found the socks you lost/ wool and flecked with gold…I traded them for an olive coat/ would have sold them sooner if I would have known.” Occasionally, an electric guitar will appear to offer a quick punctuation mark—that’s the sound that closes out the song, a distinct sonic shrug.

As the album goes on, Goalie sinks into warmer territory. “We Love You So Much” starts off mournful but persistently adds layers of strings and percussion, eventually ending up in a place of swelling highs and hypnotic but catchy harmonies. “The Best of All Possible Worlds” pairs its acoustic strumming with a deep, gratifying bass and a few twinkling bells. “Joseph Stalin” sounds sweet and sentimental—had the song been sung with a little more overt intensity, it would fit as a standard acoustic number on any pop punk album. Every element here is thoughtfully placed without sacrificing an intimate aesthetic. This is wonderfully composed music, but it still feels like this record could have been lovingly assembled in a bedroom by a group of close friends.

The album’s closing track, “Everyone Around Us,” is frosty and simple—there’s not a ton going on beyond a cyclical keyboard riff and a declarative, mostly lonely kind of melody. As the song goes on, the downbeat but oddly toy-sounding keys are joined by a wispy, whirring sound that flows beneath everything else. It’s as busy as the song will get, that addition of a low little key like a current of wind blowing outside a window. “I hope that you’re alright/ I hope that there’s a god that’s on your side,” the song goes, a straightforward depiction of tenderness with an element of cold distance. Albums that sound like Ways of Hearing can be easily flattened into nothing but sad music, but there’s a dynamic range of emotions and techniques here that will continue to reveal themselves if you let them.

“Closer” is the standout track on Ways of Hearing for that reason. For the first two minutes, it’s as delicate and gloomy as much of the rest of the record, the only brightness derived from a smattering of bells. After the line “the weatherman said at half past ten, we’ll all blow our brains out/ so read a book, and have a smoke, and live forever,” the vocals trail off for a while before the gentle acoustic plucking shifts into an upbeat strum, a surprising bout of bright energy that will define the song’s final third. The lyrics grapple with a dark, existential finality, but the abrupt shift in tone plays like a sudden revelation.

Goalie’s music is often a little tricky in this way. There’s an ambiguity throughout that makes any analysis of these songs slippery, subject to change. The title Ways of Hearing is apt—because this album uses repetition in so many of its most important moments. A lot of these songs have the effect of speaking the same word over and over until it turns into something completely unrecognizable. Being familiar with a word or a sound or a line doesn’t always mean you understand everything about it. On their debut album, The Goalie’s Anxiety of the Penalty Kick show that they’re patient enough to let new ideas appear from well-trodden paths.