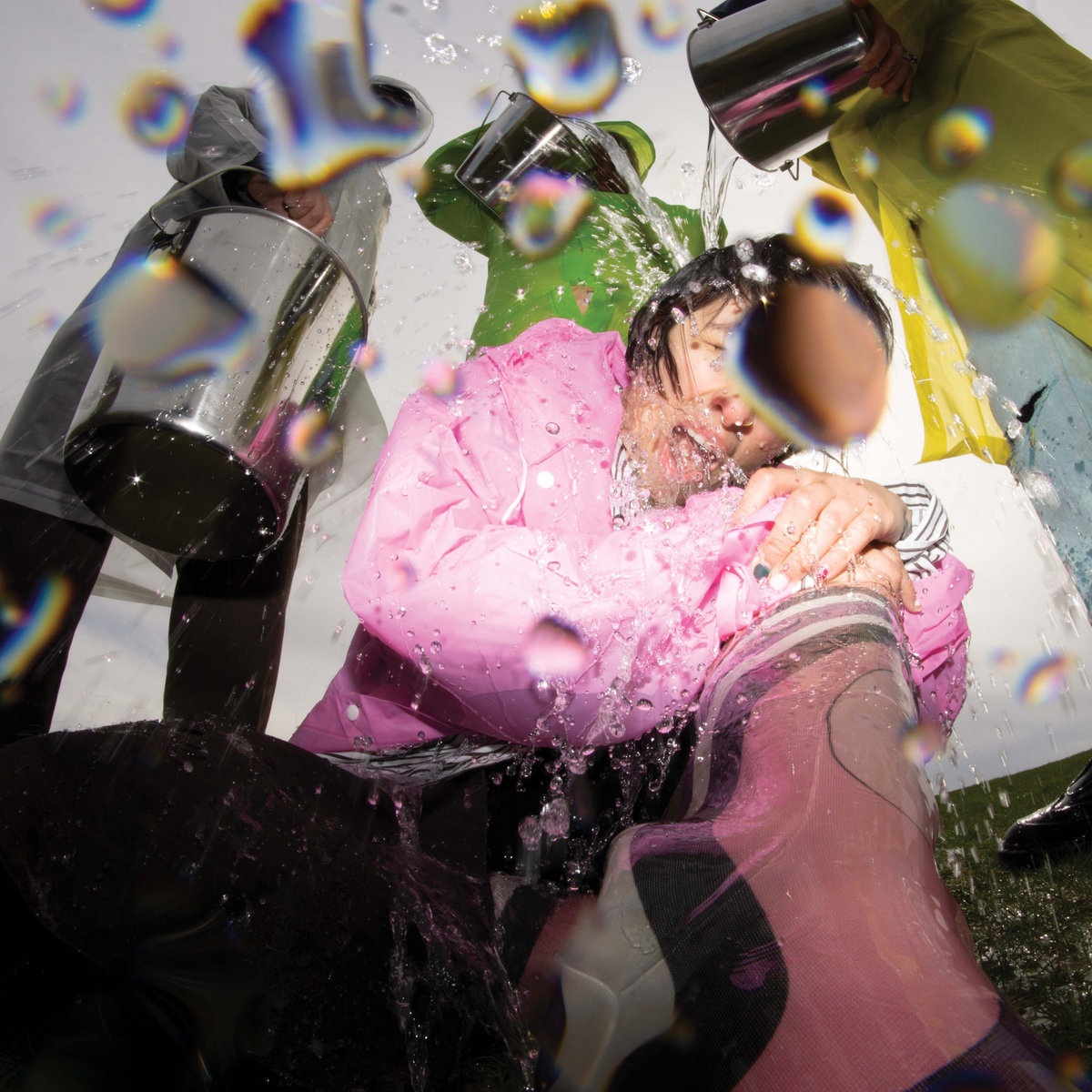 Chicago based singer-songwriter Jess Shoman is spilling everything they have into their music. Under the moniker Tenci, they’ve released only one album, 2020’s My Heart is an Open Field, a melancholy project that dealt with confronting pain and other tender life experiences that left Shoman “empty.” However, Shoman is now hellbent on change, and showing it off in grandiose fashion. Their second record, A Swollen River, A Well Overflowing, does just what its title implies—filling holes all the way to the brim. Tenci, which now enlists a full band, keep their listeners patient with slower tempos and engulfing instrumentation that includes lush synthesizers and saxophones. While often enchanting, Tenci tend to lean heavily on hypnotizing their listeners where energy is needed—but that doesn’t take away from the record’s holisticness.

The opening track “Shapeshifter” acts very much as a tone setter. In just short of a minute and a half, it manages to display the catalog of sounds that make Tenci such a unique project. Saxophone howls seep underneath the harmonic plucking of guitars, while Shoman gently sings “I’ll show you how I’m changing” in a sea of layered vocal harmonies. The track’s meditativeness combined with the urgency of getting the theme of the record across make it feel like an anagram for what’s to come.

“Vanishing Coin” makes good on the expectations set, as it picks up the pace rather quickly with jangly folk guitars, bouncing bass grooves, and an up-tempo drum beat. Shoman is focused on being “brand new”, asking to “disappear me like pennies in the fountain.” However, the track goes through its own metamorphosis–briefly losing its forward-thinking mindset to look back and reflect.  Atmospheric breaks filled with fluttering synthesizers suddenly appear, as if butterflies are swarming around your ears. Shoman adds their mesmerizing falsetto layered yet again in multiple harmonies, singing “hoping you hear me / praying you see me” in desperation before snapping back to being the person they’re striving to be.

Tenci go on to hypnotize with the sluggish “Be.” Its twangy guitar and vocal melody paddle slowly down river, leading to a grand saxophone solo that makes the wait worth it. “Great White Elephant” and “The Ball Spins” follow the same quiet and slow formula while not being as instrumentally dense.  However, both manage to be more breathtaking by use of raw acoustic guitar and Shoman’s waterfalling vocals, which have become the staple of the record at this point. They add a certain spellbinding aspect, as if a weapon of enchantment or even sedation.

While the mystical-ness of Tenci’s slow and dreamy song writing provide a nice cushion, the livelier cuts that pop up here and there show the band wearing their influences on their sleeve a little too plainly. Any Big Thief fan would probably notice Shoman’s vocal style is close to Adrienne Lenker’s, but it doesn’t start becoming a distraction until “Cold Dirty Water” appears. It’s an enjoyable song, but the campfire-y folk tune at its core mixed with Shoman’s yodel will induce a bit of déjà vu for listeners of Dragon New Warm Mountain I Believe In You.

The band certainly have their own unique quirks, but once you hear the similarities, it gets harder and harder to un-hear them. Especially on the skeletal acoustic cut “Out of Body”, which feels like a B-side from Masterpiece, or how the wailing dissonant electric guitars on “Two Cups” feel lifted right from Buck Meek’s bag of tricks. The latter does, however, have an undeniable bass and drum groove that reinvigorate the record. Shoman sings that they “won’t wait to fill my cup,” playing into the lyrical themes of change and fulfillment.

Luckily, Tenci don’t let their influences continue to overtake them. While again moody and slow, “Swallow Me Whole, Blue” is uniquely dark. The sour chord changes and ghostly vocal arrangements allow the band to really brood and bring their listeners along for the ride. However, the longest track on the record, “Sour Cherries,” is best at showcasing the band coming into their own. It disguises itself as a somber lullaby, filled with cozy bass tones and saxophone howls before turning a sharp corner around the two and half minute mark. The tempo is tripled, the key is changed, and the instruments are unleashed to freely cause commotion. Shoman ghoulishly screams “love is sour cherries” over top a cacophony of noises, creating excitement on an otherwise calm project.

This record is a lot, but that’s the point. Its magic may go unseen if only picked at a few songs at a time, but an entire listen at once may require a breather or two.  Nonetheless, the bigger picture of A Swollen River, A Well Overflowing is fully painted corner to corner, just what Tenci set out to do—fill themselves back up.

A Swollen River, A Well Overflowing is out November 4th via Keeled Scales.