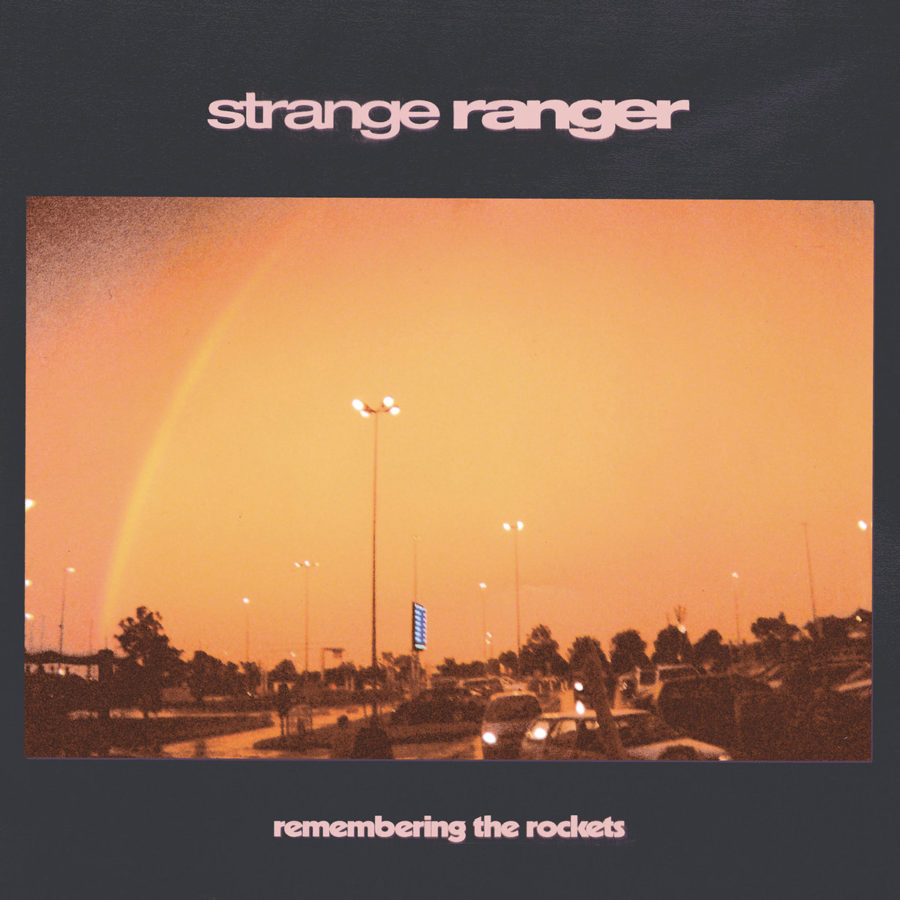 Strange Ranger’s short history has been one of trying to decide on an appropriate level of sprawl. On their 2016 record Rot Forever (released under the name Sioux Falls), the band was uninhibited, bursting out of the gate with an hour-plus record that could go in any and all directions that they wanted. Their following record, 2017’s Daymoon, could be taken as a reaction to that sprawl, an attempt to pin down their sound into a pensive, shambling realm of ‘90s pacific indie rock. On Daymoon, the band defined their core to gorgeous results, but they were no longer seemingly bouncing off the walls.

Strange Ranger’s third full length, Remembering the Rockets, strikes the perfect balance between a band that knows what it wants to be and a band that could be anything it wants. It builds off of the reset that Daymoon provided while tapping into the sense of adventure that made Rot Forever so enticing.

Remembering the Rockets begins with “Leona,” which is basically the perfect Strange Ranger song. It’s a song that feels classic from the first time you hear it—in part because of the clear ‘90s indie influence that drenches the track in nostalgia, but also because it’s laced with an infectious, ambiguous desire. A bubbly, carefree pop song laced with a dreamy, calming synth drone, “Leona” sounds like an epiphany of uncertainty—the song waffles back and forth between anticipation and disappointment (“I leave the country feeling wild/unsatisfied the moment I arrive”).

“Sunday” reflects indie’s lasting fascination with a sunny ‘60s sound, reminiscent of The Shins’ Chutes Too Narrow in its melding of acoustics and shoegazy electrics and synthesizers to create something that sounds light and airy. This provides a revealing contrast to the closing repetition of “I’m all alone in the world,” giving the song a lasting bittersweet taste.

“Message to You” takes on a more obviously dour note, with Issac Egger handing off usual vocal duties to Fiona Woodman. Woodman gives the song a more distant sound, the vocals rising like smoke to give lines like “ash on the coast/the world is ending” a sincere sense of drama. Remembering the Rockets is full of these kinds of apocalyptic feelings, and sometimes it feels as if these everyday stories of desire and love are set in a kind of impossible wasteland. “Living Free” pairs a distantly streaming synth sound with a muffled rumbling drum beat, making the song seem dramatic in a way that is beyond anyone’s control. Egger’s delivery of the lines “what if I just want a family/rockets sailing through the morning light” sounds desperate in a way—the clash between an intimate personal desire and the world at large disorienting and beautiful.

These heavier moments are offset by plenty of fun, though. The chant of “Fiona, come over now!” on “Leona” is catchy enough to follow you around all day, while “Ranch Style Home” opens the B-side of the record in an off-kilter way that shows the band can also be pretty funny. “Ranch Style Home” shows off Strange Ranger’s long affinity for This is a Long Drive-era Modest Mouse, with lines like I like them french fried po-ta-toes” and “theyʼre calling this a double wide/but I say itʼs a ranch style home” sounding especially like Isaac Brock. And “Planes in Front of the Sun,” possibly the best song the band has done so far, sounds like a redux of Built to Spill’s “Car,” to such an extent that it’s almost possible to hear Doug Martsch sing “I want to see movies of my dreams” in distant conversation with the band’s memorable “I can’t hide from all the violence in my dreams.”

Remembering the Rockets bounces from sound to sound, but the record also maintains a consistent mood—these are all songs that are clearly meant to be heard against a low sunset in the late summer. With Rot Forever, Strange Ranger proved that they weren’t afraid to try new things and make them their own. What sets Remembering the Rockets apart is their ability to make it all sound cohesive. It makes for one of the most memorable records of the year.