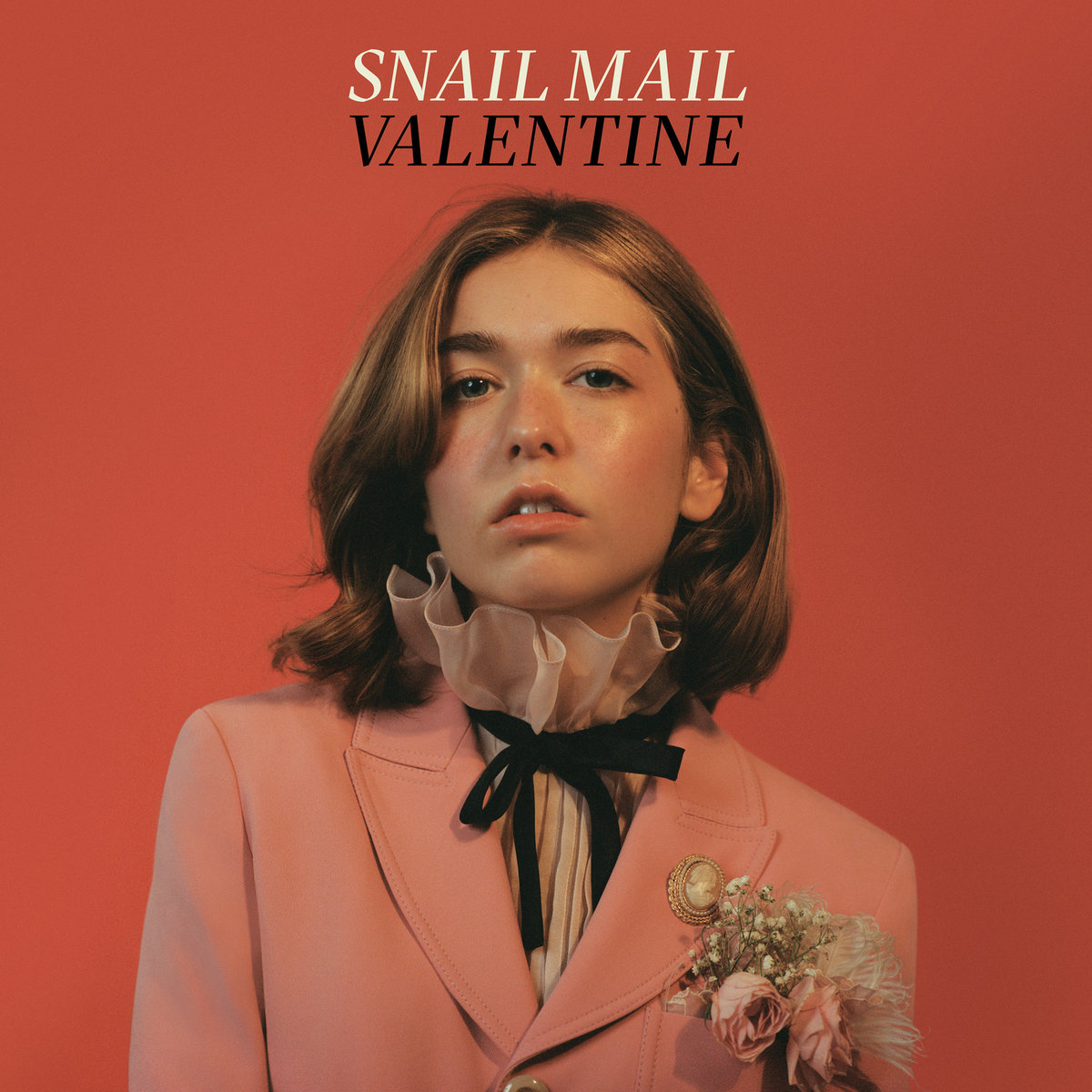 Snail Mail has always written about love, and losing love, in a way that’s connected with listeners at an innate level, and doesn’t seem likely to stop anytime soon. The project of Lindsey Jordan, Snail Mail released their debut album Lush in 2018 and became the type of phenomenon within indie music that doesn’t exactly happen overnight but creeps up gradually until you find them opening for every tour, and populating year-end lists. Lush is largely as good as its hype suggests, thanks to the specific delivery and writing style of Jordan. Her voice breaks with tenderness on songs like “Speaking Terms” and “Let’s Find an Out,” and bursts with lovesick passion on “Heat Wave” and “Pristine.” It’s the sort of record that must feel like a challenge to follow up. Her follow-up, Valentine, isn’t exactly a reaction-to-fame record, but it’s written like one. The process started in Jordan’s childhood bedroom at the start of the pandemic and continued while she entered a rehabilitation facility. Her lyrics barely hint at her struggles, but Jordan has expressed publicly a need to “hit pause” to handle the specific issues that come with rapid onset fame.

Valentine, like Lush, is rife with emotional outpourings, pleading with lovers. Now though, there’s less of a chance to see blind abandon wrapped up in them. The record’s title track and lead single acts as the prime example. While Jordan once loudly proclaimed that she’d “never love anyone else” on the group’s first hit “Pristine,” the knowing naivete of such a line is less covert on “Valentine.” Here, Jordan sings of an ending relationship with a more openly calculated plea; “why’d you want to erase me, darling valentine?” Jordan herself has noted the inherent innocence of calling someone “valentine.” It keeps the band’s thematics alive, but two records deep, the desired results are more noticeable. This isn’t a criticism of Jordan but shifts the mode of her writing from something that gets called “confessional” to something approaching novelistic. Regardless of its lyrical content, the song is a runaway success. It’s big, all-consuming indie rock that will do well in live settings. While some of the album struggles with feeling anonymous, “Valentine” shines. It also previews the experimenting with electronic instrumentation that will pop up throughout. An earlier version of this band wouldn’t have been able to make a song like “Ben Franklin.” The slick, drum machine-heavy track sees Jordan professing failings with lines like “You wanna leave a stain / Like a relapse does when you really tried / And damn, this time, I really tried.” Gone is the imperviousness weaved into the verses of Lush, and in their place, a more introspective, brutally self-aware version of that songwriter.

While these experimentations often result in interesting work, there’s the occasional misfire. A pared-back acoustic track called “Light Blue” sits awkwardly between the grander visions of “Headlock” and “Forever (Sailing).” “Light Blue” feels like an afterthought and is doomed to be forgotten because of its inopportune sequencing and its mundane stylization. More frustrating is “Automate” which is pushed hopelessly to the back of the record, with its discordant arrangement and confused melody. For nearly two minutes, the song climbs with nervous suspense, only for all that tension to fall limp. Denying listeners a showy, drawn-out finish isn’t always a sin, and when done well can be just as visceral and affecting. The next track, the record closer “Mia”, is a great instance of this. With its hushed, string-laden soundscape, it feels poised to reach a cataclysmic height at any moment.

Valentine arrives as a variation on a winning, but limiting, formula. While the record’s content often feels like a mixed bag, it points to an artist that’s trying to toe the line of growing their scope while not alienating mobs of fans. Snail Mail’s friend and peer Clairo did something similar this year. Valentine is not nearly as far a leap from its predecessor as Clairo’s Sling, but the records feel like kindred spirits. The work of young women fighting to keep from being categorized.