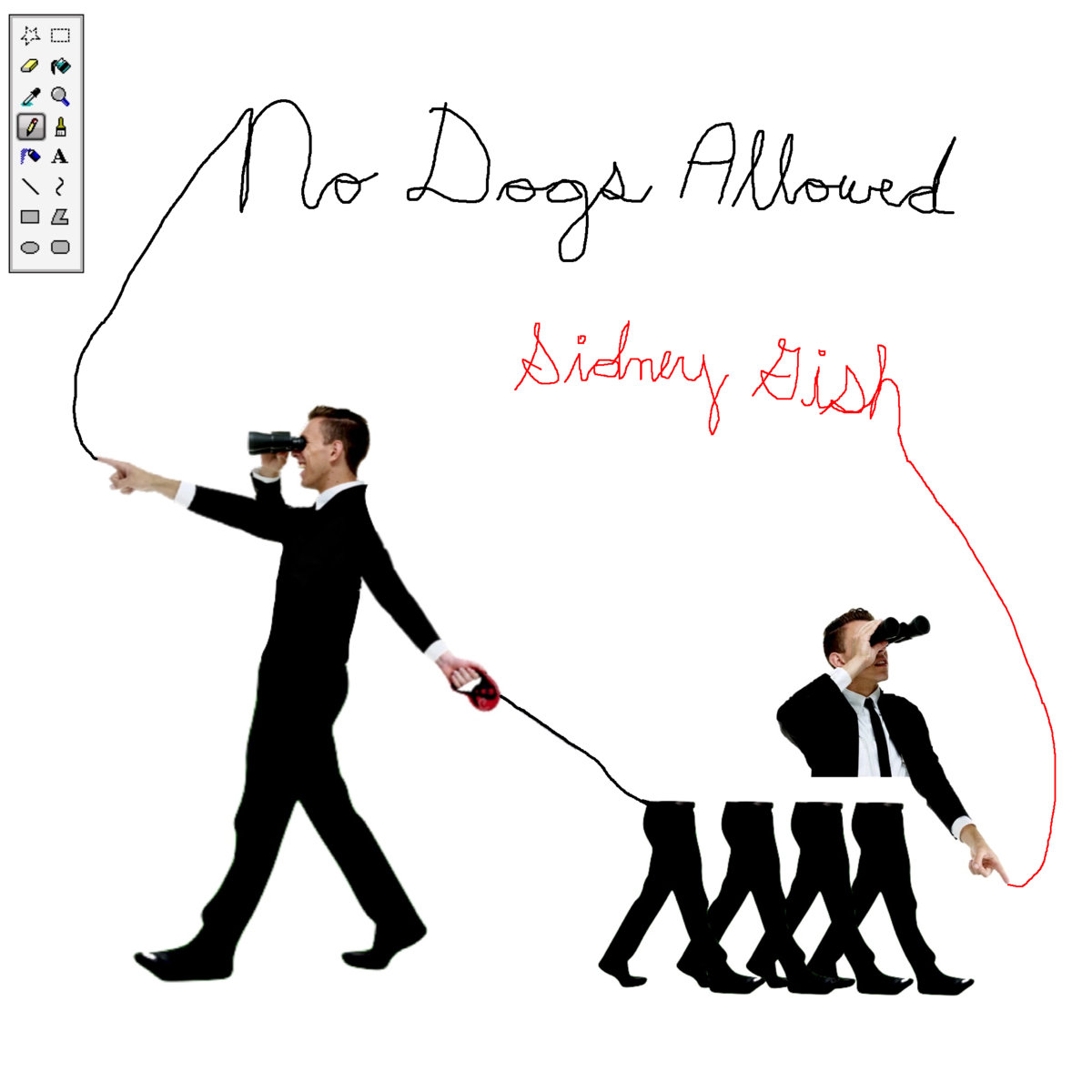 Ever heard a DIY album talk about meme groups? On No Dogs Allowed, Boston songwriter Sidney Gish’s second full-length, she makes the leap. “If I thrive best in… groups for memes, where everyone fights/and tries to make straight white boys cry,” she hums playfully on “Mouth Log”, over the course of a self-excavation on why she spends so much time in stagnating spaces that offer nothing of value. It’s an off-the-cuff moment, but it feels representative of Gish’s introverted-extrovert milieu—what better place to indulge in the performance of social behavior without diving into the stress of needing to embody a self than a meme group? Meanwhile, as the line slips away, a sarcastic two-note guitar riff suddenly achieves liftoff, presaging the entrance of electric guitar and a perfectly placed wordless chorus that nevertheless don’t upset the gut punch of the lyrics.

No Dogs Allowed is a “songs” album, centered on Gish’s cutting wordslinging that puts contemporary confessional stand-up comics to shame, but she’s just as much a craftsman—the songs, micro as they are, pack enough riffs and sonic detail to make one wonder what Gish could do with a studio and a record budget. The chunky power-pop of “Sin Triangle” and “Impostor Syndrome”, plus an honest-to-god Tom Tom Club tribute on “Not But For You, Bunny”—all help to thicken Gish’s knotty observations and rev up the tempo, turning them from cleverly crafted musings into cathartic lo-fi rock.

Gish is sure to receive comparisons to Frankie Cosmos and the early-aughts anti-folk scene as a result of her wry, plainspoken approach to songwriting. But throughout No Dogs Allowed, Gish actively pushes back against that reductive context, developing a vocal style that’s more preternaturally world-weary than defiantly twee, and half-rapped at times to boot. Her writing backs this up—she side-eyes just as much as she self-deprecates, writing some of the best songs about college since Vampire Weekend’s self-titled album in the process. “Good Magicians” is a bouncy tribute to the addled behaviors of professors, while “I Eat Salads Now” chugs along a drum machine groove and organ riff as it vacillates between seeking maturity and going out to get fucked up.

Gish is still operating in the context of DIY pop, where music is, among other things, a key to forming community and building relationships with your friends. But she’s dragged in the lackadaisical observational humor of Courtney Barnett and Kurt Vile (or, more likely, wordier 90s icons like The Magnetic Fields, Belle and Sebastian, and The Dismemberment Plan) and stuffed it into the reflexivity of a DIY pop album. Her songs are funny, in a gut-punch way that evades even the most self-aware of her peers, and each song has bars like “Sin Triangle”’s “maybe I wanna see him/but then again I’m an isolationist,” or the moment on the aforementioned “Not but for You, Bunny” when Gish realizes the gelateria she’s talking to her crush in is, in fact, a pizzeria. Forget Father John Misty—the best lyrics about the tragicomedy of life are pouring out of Sidney Gish’s silver tongue.

Those lyrics are accordingly paired with low-stakes but remarkably proficient guitar licks, a potpourri of percussion, and a kitchen sink approach to production that makes the slyly radical proposition that you can be emotional and detached at the same time—check the twinkling synths on “I’m Filled With Steak And Cannot Dance.” Many of the “bedroom pop” projects that have come to (unfairly) define Bandcamp over the past few years are defined by close-mic’d distortion on vocals and guitars, nakedly depressive lyrical detail, and a performance of intimacy that can be by turns thrilling and disconcerting. Gish, on the other hand, writes songs that carve out a little space through popcraft and humorous deflection, asking you (politely but insistently) to back away from the stage, please.

So fully does she inhabit her own idiosyncratic musical space that when she does dip into pro forma lo-fi pop, as on the laconic ballad “Persephone,” it feels entirely lived in, exuding comfort and versatility even as Gish wrangles her 20-something uncertainty. Once again calling to mind Vampire Weekend, this time in the form of their grammatical flippancy on “Oxford Comma,” she croons an apology to the Greek goddess Persephone for mispronouncing her name as “purse-a-phone” (“Greek goddesses aren’t what you grab when you’re leaving home.”) But slowly, her reticence evolves into a kind of defeatist confidence, rattling off a refrain that revels in its iconoclasm—“but I’ll mispronounce and mis-accent for infinity/there isn’t much that you could do to stop me.” It’s a modest but confident statement, and an apt summation of the Sidney Gish ethos—finding peace in your mistakes, learning from them without letting them overwhelm you, and being able to joke about them along the way.