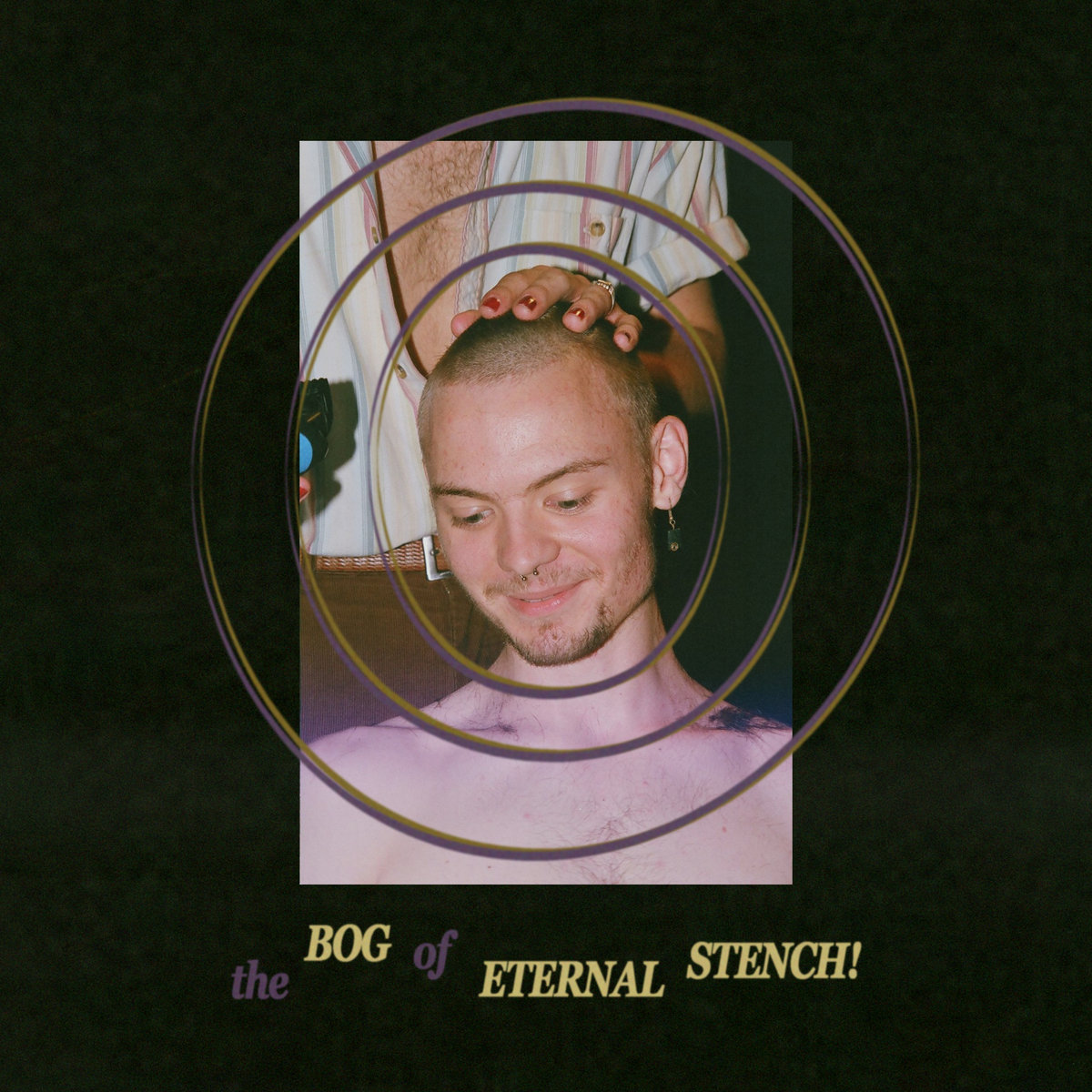 Rigby Picnic’s new record The Bog of Eternal Stench! has a feeling of shifting realities, but also warmth, that reflects the movie it pulls its title from. Referencing one of the grosser parts of Jim Henson’s Labyrinth—essentially, a belching and bubbling shit swamp—the title seems to point to the lyrical themes that dig deep into the uncomfortable mires for insight, as well as the whimsical and magical musical touches that accompany Jake Hoffpauir’s active acoustic playing and light vocals.

The record opens with a dissonant guitar, warped out of tune before shifting into a steady combo of acoustic and palm mutes under Hoffpauir’s delicate delivery of lines like “too much of a good thing tied up in a bow string / she’s away on business to practice her forgiveness.” After a pass through the verse, the song shifts again, hitting a more 70s psychedelic vibe with the greasy guitar riffs and spaced-out synths. It’s followed by the rollicking “Such,” a tune that grows around a lively nylon-string acoustic riff that brings to mind open fields and hills. The vocal harmonies match the pastoral feel of the guitar, and the tasteful saxophone that creeps in from time to time is a nice touch.

With a pair of irresistible melodies and bouncy instrumentals built off palm-muted guitars, “Let Fate Be Proud” and “Picture” are two of the more immediate and catchy tracks on The Bog of Eternal Stench! The lush and psychedelic production at “so what can I do / to end my stories the way that you do / you’re asking me while I’m so young and green / to turn water into gasoline” make “Let Fate Be Proud” feel like a trippy 60s tune, while “Picture” mixes twangy country riffs and a 90s pop feel over lines like “a glass full of bottles in a room of Aristotle’s I see, I see, I see / I wince in the corner cause I’m looking for some order to be, to be, to be.”

The instrumental “Liminal Space” lives up to its name both in sound and function on the record, as the steady acoustic and percussion mixed with ethereal background noises make you feel as if you’ve stumbled into an enchanted forest grove, flipping the world on its head and creating an effect that’s as calming as it is disorienting. It also serves to transition you from the bouncier and catchy first three tracks to the more meditative and meandering “Heatwave.” The longest track on the record by just a bit, “Heatwave” serves as a contemplative centerpiece for the album, playing out like the thoughts in your head as you walk aimlessly through town, not going anywhere in particular, with lyrics like “watch the catfight from my window, you were way too stoned / you asked me if I do black magic, sometimes when I’m alone.” Even pushing past the six-minute mark, the tune doesn’t lose your interest, and it’s one of the more gripping tracks on the album.

“I Was Only Being Stupid” marks itself apart from the rest of the record right away with its gentle acoustic false start and sparse percussive accompaniment. It’s the slowest, most reserved track on the album, but is no less lush for the fact, as instrumentation is added and the background vocals float in—by the time the last minute rolls around, there’s a guitar drenched in reverb intertwining riffs with a twinkling piano before they drop back out for a quieter ending. “Up To You” follows with a hypnotic riff backed by chiptuney synths, bringing back the bouncier feel of the earlier tracks after the contemplative detour of “I Was Only Being Stupid.” Album closer “Up Close And In Full Force” has the most emo feel to the instrumentals with active drumming and noodly guitar riffs, while Hoffpauir’s vocals remain light and airy, blending in the mix with the synths and the wide open guitars. It ends almost abruptly, hanging for just a brief moment before fading into the air and echoing the ethereal feeling that overlays the rest of the album.

There’s a forward-moving transformative nature to the songs on The Bog of Eternal Stench! where even the songs that follow a more traditional verse and chorus pattern don’t really feel like they do, as Hoffpauir creates a swirling, shifting, and pleasantly off-balanced sound on top of the introspective, offbeat lyrics and light, catchy melodies.