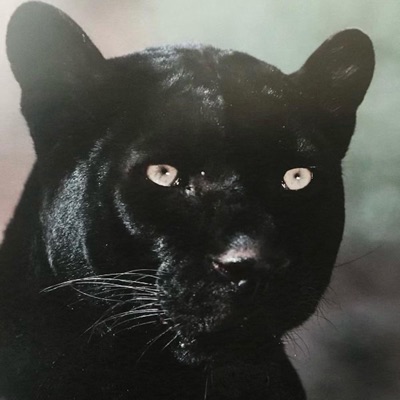 “Damn, I can’t believe Quinton Brock is going to change rock music forever with his debut LP, My Shadow.” This is something that I’ve said to almost all of my close friends over the last 2 years, and it all started after I was able to sneak a listen to the project for the first time way back in 2020. Beginning with his lead single, “To the Moon,” Quinton became known for blurring the genre lines, much like fellow Jamie Coletta / No Earbuds connected artist Bartees Strange. For everything you expected the song to be, it was a bit more. It was a step off the beaten path: washy reverb– but as a phonogram effect and not a slog underwater. Non-lyrical hooks — but with an endearing vocal delivery that broke in just the right places. Quinton’s music came out big and swinging, and most of all stylish.

All that momentum that he had built up from that single continued into this extended release cycle for hit debut. The next few singles offered slightly similar tastes of his brand of “indie rock”, but describing the whole record as indie rock is a half-measure. Every one of Quinton’s songs bounces around just on the outskirts of any definitive genre label, instead being some combination of the soft sensibility and tones of indie with the unique energy of other genres entirely.

Viewing each song individually also does not quite present the full picture of Quinton’s work or the album. It’s not until you’ve been given access to the bigger picture that his versatility begins to shine the brightest.  Tracks like “Morning Coffee” and “There For You” are full of surf-rock kineticism. “Seeing Ain’t Believing” is a stand out punk-inspired song, and not just because of the explosive Travie McCoy feature that slams in so hard and unexpectedly it reminds me of Jason Butler from letlive’s verse in that Wonder Years song. For a change of pace, I’m particularly fond of the low register R&B smoothness in “This Town.”

Despite the various fusions of style across the album, almost every song has a polished, clean guitar tone that’s reminiscent of classic oldie’s songs I grew up hearing over the radio in my dad’s Trans Am. It conjures an abstract that I find a lot of comfort in: like freely speeding down the road in a convertible I’ll never own, no other cars in sight for at least two miles, drumming along to “The Kids” on the steering wheel as I think about how my parents probably once did the same. ‘It’s just the way things go, people change as they get old.’ Maybe we’ll see Quinton in the near future soundtracking a modern revival of Fear & Loathing in Las Vegas.

Another strong feature of the album is the sparse transitional tracks like “Use Watcha’ Got,” and “Heaven and Rest.” They function in a way that reminds me of MF Doom’s Fantastic 4 radio show samples in MM… Food. It’s an additional layer to the project that provides variety, but also cohesion across the larger work. Skits are a seminal characteristic of hip-hop projects, and Quinton utilizes a comparable technique in My Shadow to turn his rock album into something more like a mixtape. There’s a change in mood that refocuses the listener in between songs with overlyconsitent tones, which are easy to zone out during a long term listen.

Finishing strong, the last two songs of the record are the real deal. “Lowkey” is the missing full-tilt hip-hop link to this album, and Pink Siifu absolutely crushes the feature. The beat is like a shortened version of a Michael Kiwanuka song, while Siifu lilts with the namesake energy of the track– from the traditional flow verse to the falsetto hook. If “Lowkey” coasts, then “Wannabe” soars. Featuring indie rock powerhouse Portugal the Man, the closer to My Shadow feels like the big, electrifying summer jam follow-up of “To The Moon,” the single that started it all.

From start to finish, My Shadow is refreshing, unique, bold, and one of the strongest rock albums of the decade thus far. It’s been a long time coming, and the anticipation was well deserved. They tried to tell you rock was dead, but that’s because they were too afraid of what it would become– now it’s changed forever, thanks to Quinton Brock.