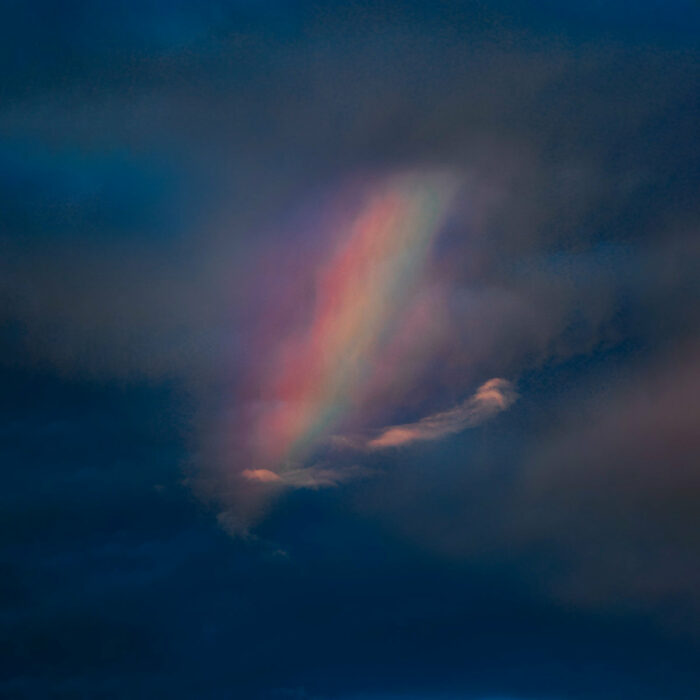 I can hear Pool Kids blasting out of car windows on the brightest, hottest days of the summer, when there’s nothing to do but wear out your ear drums. I can hear it through wired earbuds, one dangling loosely, looking for a friend to share. I can hear it pumping through the darker, more alternative stores in the mall, spilling into the muted, antiseptic hallways.

I’m trying to identify what exactly it is about the second album from Tallahassee emo rock band Pool Kids that makes it feel nostalgic to me. After all, this is an album that sounds perfectly fresh and shiny new, with a really quite original mix of the complex, off-kilter style of math rock and the brain-scratching goodness of pop-rock. The songs aren’t predictable, really — tracks like “Almost Always Better (Almost Always Worse)” trip between staticky harshness and droney dreaminess in a way that feels theatrical and inventive. And yet, Pool Kids feels lived in, like I listened to it a thousand times in another life, back in another home during those years when I could listen to the same album truly over and over again until I knew every word.

Why does this record evoke a younger self? I have a few theories that can be grounded in the actual sound of the record at hand. First, the combination of hooks this undeniable with a production style that sounds this glossy and layered, that sounds ready for big rooms and radio hours, feels harder to come by in an emo rock record these days. A song like “Swallow,” busy and glittering, is empowered by the extra layers that the production allows, tempered by a layer of electronic sound right up until its final breakout moment. With their methodical guitars and their anthemic hooks, the spacious and crystal-clear presentation of these songs is reminiscent of a time when albums like this would enter the popular consciousness more often.

The other reason this album feels nostalgic to me is attributed particularly to vocalist Christine Goodwyne. Throughout Pool Kids, Goodwyne’s performance sounds distinct, powerful, and dynamic. On opener “Conscious Uncoupling,” Goodwyne’s level, measured delivery evolves into something impassioned, belting, and ultimately crushing. She tracks the band’s ecstatic, constantly and unpredictably shifting math tendencies with ease, and the experience of following this effort makes these songs deeply compelling. Goodwyne’s performance on Pool Kids reminds me of the kinds of vocalists I sought out particularly when I was young, the kinds of vocalists who both sound entirely present on an emotional level and have the pipes to nail just about whatever vocal trick they want (I think of somebody like Patrick Stump circa From Under the Cork Tree in this light).

By talking about Pool Kids from the vantage point of nostalgia, I don’t mean to be reductive — I’m not trying to say that this is an album I would have liked back then. This is an album that I would have liked back then, but it’s also just exactly the kind of record I want to listen to right now. Songs like “Talk Too Much” and “Arm’s Length” are positively bursting with a kind of earnestness that works seamlessly in conjunction with those thick guitars and that classic pop-rock sensibility. Meanwhile, a gentler, more subtle song like “Comes in Waves” is both gorgeous enough to be memorable and patient enough to give a short breather from the eventful, maximally emotional mode that forms the core of the record. Pool Kids nails many a fine balance — between math rock and pop rock, between glossiness and intimacy — but most importantly between the gut feeling of I would have loved this back then and an urgent need to listen up now.