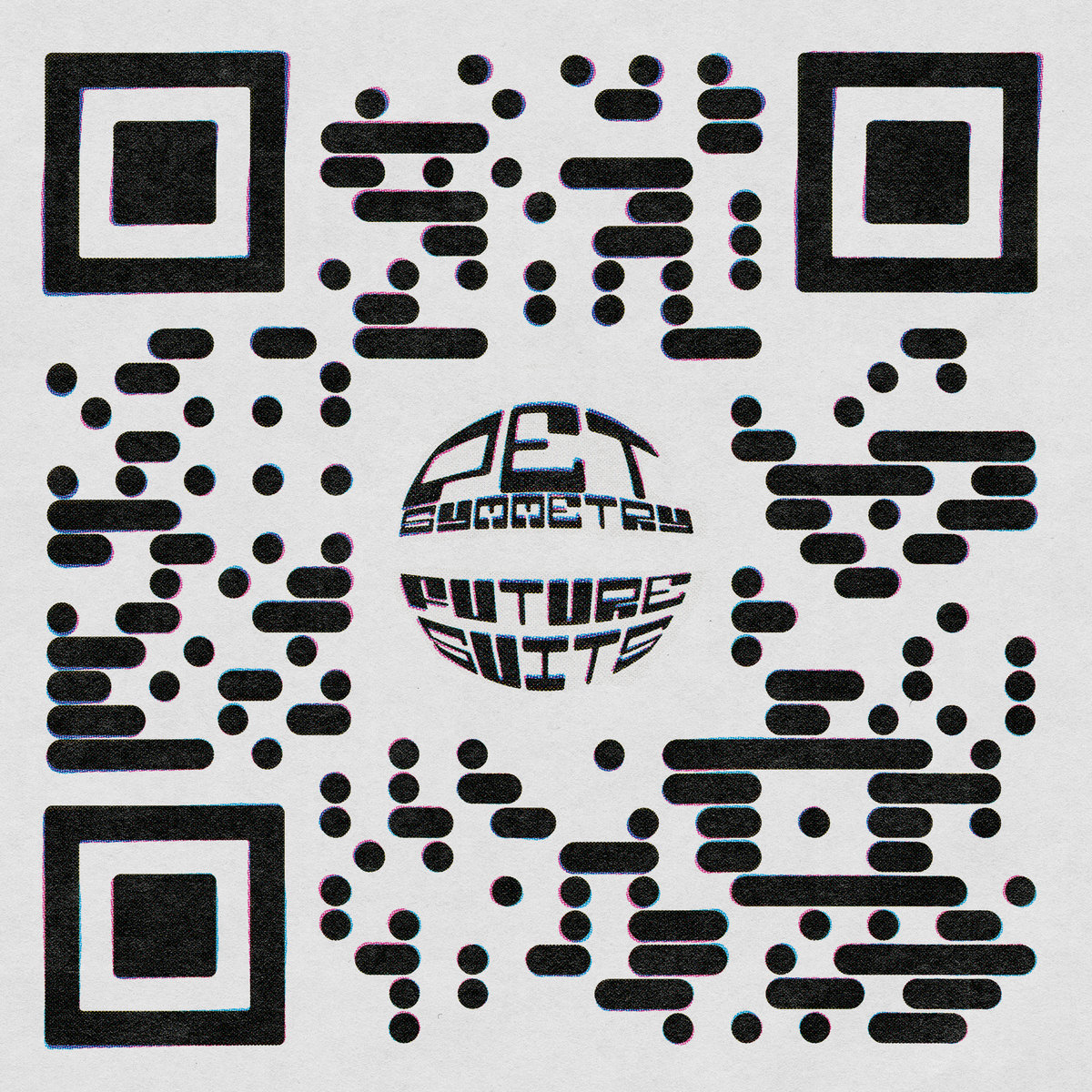 If you’ve been alive on Earth for the past few years, you’ve seen constant turmoil all over the world: corrupt politicians, rapid climate change, videos of the police regularly killing Black people, and a deadly pandemic. It’s sometimes tough to imagine the future as any less than a burning dystopia, and the realization “Earth is totally fucked” has probably crossed your mind. Pet Symmetry came to that conclusion as well, as “Awesome Kingdom,” the closing track on their new album Future Suits, opens with “Every year on this Earth gets worse,” after an eleven-track exploration that weaves through the pain, joy, and contemplation of the past year.

Pet Symmetry features the trio of Erik Cjaza (Dowsing, Kitty Hawk, Mush), Marcus Nuccio (Ratboys, What Gives), and Evan Weiss (Into It. Over It.), who have reunited for their first LP since 2017’s Vision, an album that highlighted their songwriting abilities while proving that they could still be simultaneously goofy and insightful. Future Suits builds on that idea and takes a different turn; it’s a very loose concept album – all the tracks explore the misery, the sameness, the never-ending spiral of mental anguish that we’ve all been processing for the last 17 months. The production has also taken a significant step up: it’s rock, it’s pop, it’s full of Moog, it’s slick and shiny all over.

I mean this in the most endearing way possible; what makes this album stand out is the lighthearted nonsense of it all. The song titles are mostly non-sequiturs (“Pet Synergy” vs. “Pet Sympathy” vs. “Debt Symmetry”). Most of the lyrics are repetitive, looping, sometimes appearing meaningless. The second track, “Object Objectives,” opens with “Every day/All day/Anyway, every day, all day, anything you want.” “Cat and Mouse” continues this pattern with a chorus built on the lyric “Contradictory conversation lead to contradictory accusations.” Another song, “Window Pain” has “Blah blah blah/blah blah blah/yadda yadda” floating through the background the lead vocals, while still being an authentic song about trying to keep busy while your heart is broken. Many of these lyrics are written in this stream-of-consciousness style, mirroring the looping, insane thoughts that bounced around in most of our brains during the early days of the pandemic. Everything means nothing! Nothing means everything! The lead single “Pet Sympathy” is the most lyrically straightforward, a great introduction to this album’s overall ideas, and a fantastic rock song.

The album’s highlight is easily “2021: A Personal Space Exploration.” Opening with a “Hallelujah” that feels like the summer sun on your face after a year of sitting inside, it captures the joy and excitement we all felt making plans for “when this is all over.” The accompanying video is delightful; It’s enough to make you want to stuff your backpack full of cash, text your best friend, and jet off somewhere away from your problems.

Clocking in at a zippy forty minute run time, Future Suits explores it all, including a few more serious additions nearing the end like “Portland to Portland” and “Bootlicker.” After listening to Future Suits from front to back a few times, the word I kept circling back to was “joy.” This album was written to reflect a time full of misery, confusion, and pain, yet it’s infused with an upbeat, infectious attitude.

It’s a reminder that there’s a certain type of positivity that comes with the total destruction of your expectations of what the world should be like. If nothing truly matters anymore – I should get a silly tattoo, I should do the things on my bucket list, I should spend time fighting for the other people in my community and working on things that matter to me while I’m here. Starting from scratch after having your eyes opened to so much death, sadness, and general government incompetence can be painful and enlightening at the same time. And yeah, “Every year on this Earth gets worse.” But if that’s true, then we should probably enjoy the music we’re listening to and live it up right now.