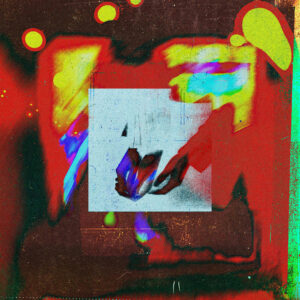 With the release of With Love, New Vision has sextupled their discography, turning two songs into twelve. Their debut LP largely keeps with the melodic pop punk of their standalone “Blueprint Brain” single and split single with Haiki, half an hour of nostalgic, hook-heavy mid-tempo rippers. Much of With Love does feel like it pulls, in some way, from the No Sleep/Run for Cover/Pure Noise sound of the early 2010s. “In the Garden,” say, with its mid-tempo twinkle and buzzing riffs, has the energy of Charmer, but the band that comes through most clearly, generally speaking, is Turnover; the clean, melodic pop-punk of “Party” and “Crave,” for example, feel like a cuts off a release that should’ve transitioned that band from the self-titled EP to Magnolia.

Had With Love been released among that crop of records, slotted in somewhere between Safe for Now and Last Days of Rome, it might stand out a little less. In 2022, however, that style of emo-stained pop-punk is all but extinct, and without myriad contemporaries to draw shallow comparisons to, With Love can be evaluated on its own merits. Thankfully, New Vision is talented enough to stand up to that scrutiny. Take the back-to-back twin energy bursts of “Party” and “Hue,” the heart of the LP, five and a half minutes of hook after hook after hook.

Or “Safe to Say,” crunchy and windy as it is, which jaunts through booming dark verses and an infectious, dancehall-worthy chorus; on another record, this would be leadoff single, track one side a, but here it’s second to last. The ballad “Nosedive” slowly crescendos from thick, spacey riffs to plodding, melancholy verses to a powerful, pleading climax; the vocal melody in its soaring bridge is smeared with the same heartfelt desperation that made Park’s It Won’t Snow Where You’re Going a cult hit. Then when New Vision runs in the opposite direction, like fuzzed out opener “Wash Away” with its hints of melodic hardcore edge, they turn in some of the most memorable tracks on With Love.

The title track steals the show here, though; curiously, “With Love” is probably the song with the least in common with the rest of the songs on the LP (perhaps along with “Wash Away”). It’s the song that leans most heavily into the alt rock influences that color the rest of the album, the one that errs closest to the ’90s groups that no doubt influenced New Vision’s heroes–and the one that best shows what the Hudson Valley three-piece is capable of when they step outside their comfort zone. In that regard, it’s an appropriate title track for the band’s debut record. It’s New Vision at their best, and it’s a great sign for the young band’s future.