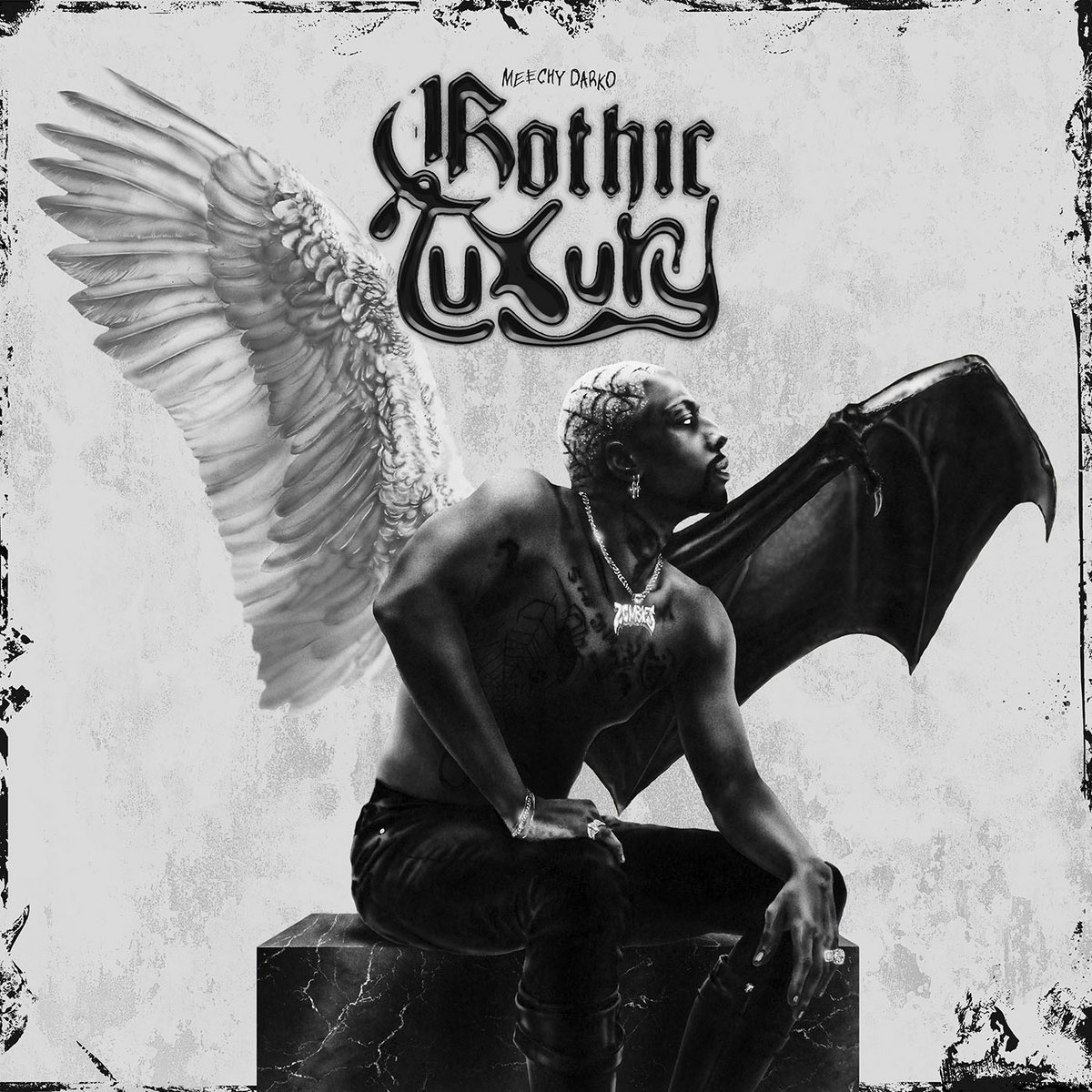 In this humble reviewer’s opinion, one of the most egregiously underrated rap groups in mainstream outlets continues to be the Brooklyn-based Flatbush Zombies. Their debut album 3001: A Laced Odyssey has aged like a long-lost Picasso; that is, it remains an under-appreciated standout from a year that produced some of the best rap and hip-hop of recent memory. So when I saw that the many-named bass-voiced FBZ triumvir Meechy Darko announce his first solo album, I knew to pay attention—even if most media were not. The result, Gothic Luxury, is a polished yet raw, ferocious yet introspective, clever yet simple product that solidifies the canon that Mr. Darko has been shaping for the past decade.

Gothic Luxury begins with a classic Meechy Darko track—playing on biblical themes (the opening track is titled “Genesis”), while utilizing demonic, satanic imagery: “the sinner in Saint Laurent, the demon in Dior.” Darko’s album begins softly, then launches into “Cursed,” featuring hard bars, deeply reflecting on the nature not just of fame but of being Black in America: “I rather die on the streets than die from police / Rather die with my pride than die on my knees.” The onslaught continues on “Kill Us All (K.U.A.)” where Darko rails against “Democrat[s], Republicans,” claiming “they all evil to me,” going so far as to mention the connection between “Hollywood and the CIA,” and “Epstein Island, QAnon,” and “PizzaGate.” For those unfamiliar with Darko’s typical style, this may be jarring; however, it fits perfectly well into the body of work he has crafted for years.

The album’s fiery centerpiece “Get Lit Or Die Tryin’” focuses on Darko’s catchy chorus and stinging verses, showcasing his growth as an artist: able to craft a banger from front to back solo. “On GOD,” featuring a technician’s verse from Freddie Gibbs, is again introspective yet provocative, brilliant over an ominous beat. The album hits its stride, flowing from “The MoMA,” to “PRADA U,” to “What If?” smoothly, lacing together insightful, philosophical, and braggadocious, celebrating his success throughout his career but looking into the future as well. Drawing the album to a wonderful close, the Busta Rhymes- and Denzel Curry-featuring “Lost Souls,” is a deep, soulful exploration that caps off an incredible debut album from a long-time underground rap king.

All in all, Darko’s solo debut is a journey: not the trippy Laced Odyssey of Flatbush Zombies’ first album; nor the jubilant holiday of FBZ’s second record, Vacation in Hell. No, this album is a powerful insight into the dark, philosophical psyche of a rapper in the modern age. Without the support of his two co-stars in FBZ, Darko fairs incredibly well, proving beyond a doubt that he is capable of starring even without the slick-produced Erick the Architect beats and the speedy flows of Zombie Juice. Gothic Luxury is not a breath of fresh air; rather, it is a long-awaited exhale of familiar-tasting strain, cultivated expertly, packaged smartly, and satisfying exactly what we were looking for.

Gothic Luxury is out now.