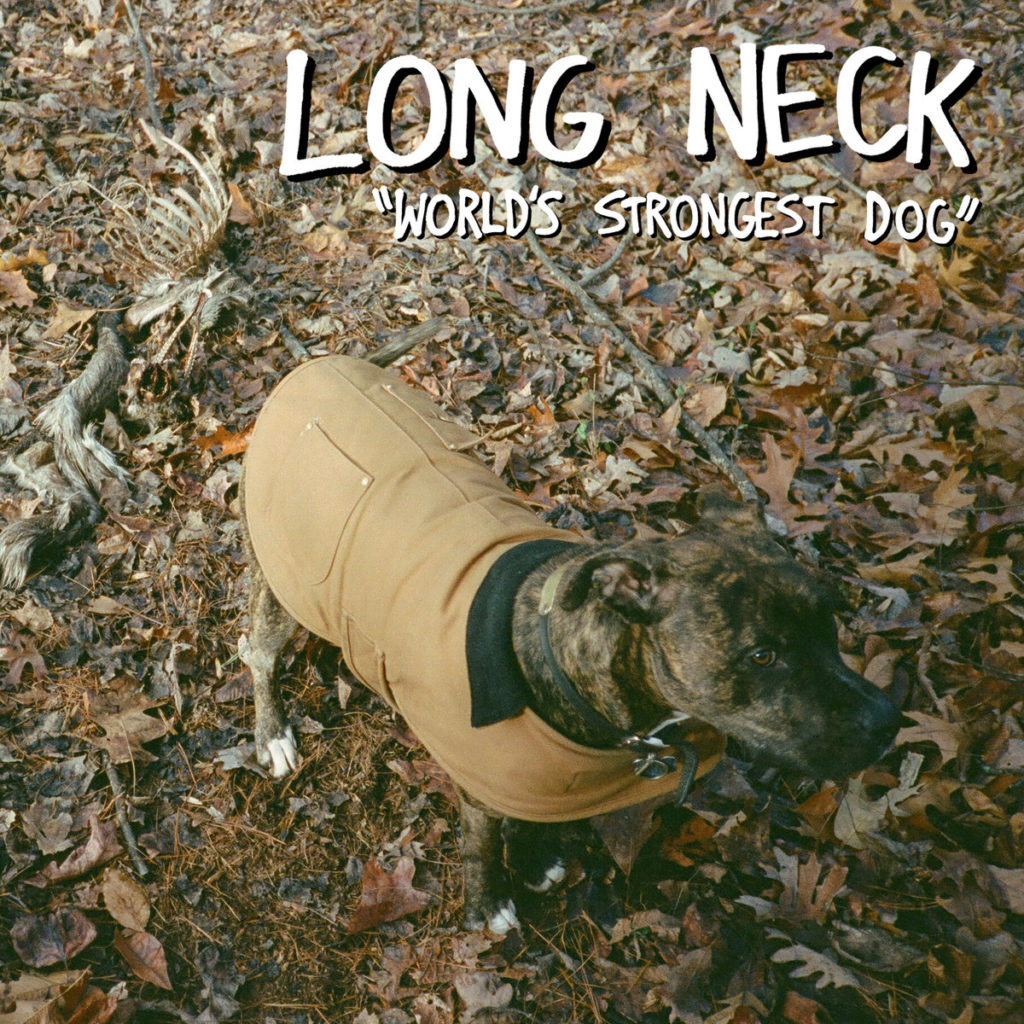 In bad times, it can get easy to feel like you’ve lost your grip on your own destiny. To be sure, we are influenced and often burdened by a million forces over which we have no control and completely ignore that fact would be irresponsible and dangerous. But there’s something to be said for saying “fuck all of that,” even if it’s just for a fleeting moment. That’s kind of what listening to Long Neck’s World’s Strongest Dog feels like—not an unrealistic shirking of all your problems. But a moment of clear-eyed grasping for power over your own life.

Take “Campfire,” the glorious personal battle song that opens the record, for proof. “I want to build my own fire/cut peaches with my own knife,” songwriter Lily Mastrodimos sings with a powerful smirk, joining together with guitars like uncontrollable blustering wind through high trees. “Campfire” opens the record by putting a stake in the ground as if to say, “this is my life, I decide where it goes.”

“Cicada” follows “Campfire’s” pure drive with a thoughtful examination of some of the forces that make us doubt ourselves. A effervescent pop-rock song, “Cicada” conjures self-deprecation in a human form, a force that “dug her nails into the bulk of me” and “twisted her wrist to insult the injury.” Mastodimos’s words illustrate a harrowing battle between your creative force (“I want to write about every color I’ve seen”) and your internal critic, but the song is so upbeat and infectious that it feels like a triumph.

World’s Strongest Dog picks apart inner demons as an act of good faith in one’s self, and as such it approaches the impetus to come into one’s own with sincere patience. That’s the point of the sharp “Slowly, Slowly,” which contrasts fevered verses with a simple, one-word chorus. “These awful things I feel at night/settle in to fossilize,” Mastrodimos sings as if it’s happening in real time, all the doubt and the pain almost too overwhelming to bear. But the repeated, elongated “slowly” comes in as if to hush the panic, insist that you not be so hard on yourself.

While Long Neck started out as a Mastrodimos solo affair, “Slowly, Slowly” shines in the hands of the band’s full lineup. A sneering guitar glides through the whole thing, and John Ambrosio’s anxious drumming gives the song a deliberate haste during the most dire sections.

But songs like “Broken Ring” show that Mastrodimos’s songwriting still glows even in its barest form. Recalling “Matriarch,” one of Long Neck’s other great acoustic songs, “Broken Ring” bounces and crackles with trepidation at something new. Full of lines about fearing the next step, it’s the hint at enjoying the current moment that resonates the most—”I am happy with you near me, dual shadows on the ground/Terrified to think that I could lose what I just found.”

Some of these ruminations on second guessing yourself can look, on paper, as if they’re taking over, as if they’re winning. But really, there are no winners or losers in this battle—there is only slow, patient progress. Take “Bad Words,” which closes the album in a bursting mantra of self-deprecation: “maybe if I clean up my act/someone will love me back.” Emphasizing the fact that you might not have your shit together may not look like the most motivational thing in the world, but when Mastrodimos howls those lines in the album’s final moments, it feels genuinely, whole-heartedly hopeful, as if sending a message that says “things will get better because I will make them better.”

“Campfire” was the first song that Long Neck released from World’s Strongest Dog, alongside the launch of the band’s Indiegogo campaign to fund the release of the album. When Long Neck released Will This Do? in 2018, they were one of the best young bands on the formidable Tiny Engines roster. When that label imploded, they funded their album release in less than four hours without the support of any label, and the resonance with their lead single is not to be missed. Long Neck, with World’s Strongest Dog, truly lit their own fire. And it burns as bright as one could hope, all on its own.