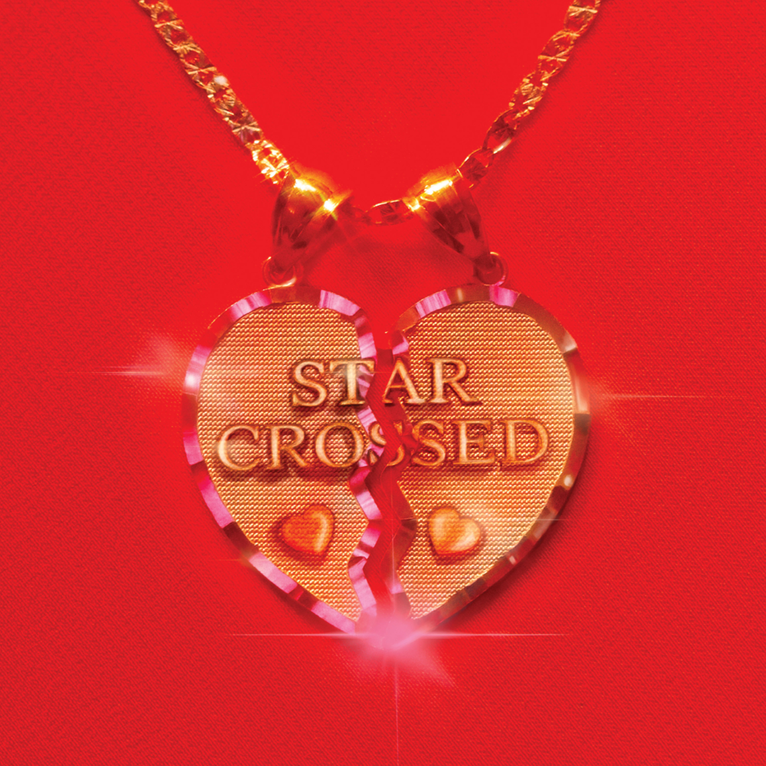 Kacey Musgraves broke free of country music with 2018’s Golden Hour, her Album of The Year Grammy-winning third album. It was a delightful piece of country-pop that straddled the line between the two worlds by swinging for the fences in each direction. Musgraves allowed herself to opine like country greats before her on songs like “Space Cowboy”, while also maintaining the freedom to serve up disco-inspired tunes like “High Horse.” Golden Hour stunned audiences with its clear-eyed psychedelia and melodies made to stick with you. Now, three years of whirlwind fame, and a fresh divorce later, she’s back with star-crossed, a spacey, subtle pop record that sees her tackling the experience from all sides.

Musgraves’ marriage to Ruston Kelly lasted three years, and she examines just how fleeting it was on “cherry blossom.” Through the extended metaphor of its titular flower, she describes their love as beautiful as those pink petals, but makes clear just how quickly they fall if they can’t hold on. You can hear the pain in her voice as she sings “don’t let me blow away,” and sits as an early standout — the first on the record that makes it clear Musgraves has gone pop. It’s strong enough to make you think maybe that’s for the better.

She seeks respite on “simple times” a relaxed number that moves with modelesque, slow motion pacing. Here, she’s caught in up it all and wishes she could “put this game on pause.” It’s undoubtedly a pop song, and pays homage to breezy, acoustic guitar pop that Lorde attempted, and failed, to embrace on Solar Power. It’s this record’s “Lonely Weekend” – a wistful bop that wishes half-heartedly to change her situation. Then there’s “good wife,” where Musgraves is holding on for dear life, sacrificing anything she can to make things work. The record is rarely messy, and Musgraves never fully commits to being an embittered ex on the warpath.

That said, it wouldn’t be a proper breakup record without the kinds of songs that peel back the curtain and reveal the behind-the-scenes drama. In the one song Musgraves allows herself to get some barbs in, she still opts for something cool and sleek. There’s a rich history of country music’s female stars writing scathing songs about the men who’ve wronged them. From The Chicks’ Marianne and Wanda poisoning an abusive husband and disposing of his body in “Goodbye Earl” to Carrie Underwood taking her rage on a cheater’s car on “Before He Cheats,” these moments are often purposefully powerful, cathartic for their listeners, and anthemic. That’s where “breadwinner” sits in theory, but it doesn’t pack as much of a punch as its tradition would suggest. That could be because Kelly’s sins within the marriage had more to do with an imbalance of fame than any of country’s go-to tropes. “Breadwinner” is bubbly and plays out in the structure of a song like Dua Lipa’s “New Rules” or Marina’s “How To Be a Heartbreaker” as Musgraves warns of the steps your dalliance with a man like Kelly will take. “He wants a breadwinner / He wants your dinner / Until he ain’t hungry anymore / He wants your shimmer / To make him feel bigger / Until he starts feeling insecure” It’s a testament to Musgraves’ class that this is as cruel as she ever gets.

While star-crossed boasts many great songs, it suffers from its runtime. At 47 minutes it’s not the worst offender of pop’s current penchant for bloated tracklists (looking at you, Billie Eilish) but it still could lose a track or two. My vote is for the closing number, a cover of “Gracias de la Vida,” which tries to pay respects but falls flat in its execution. It ends the record on a whimper when it could have done so with a jazz flute. “There is a Light” sounds like it could veer off course and into cringe-inducing territory at any moment, but it never does. Instead, it plays out with all the experimental nature Musgraves wished for this record to have, and points to her new self, a light inside of her, ready to glow brightly on its own again.

Star-crossed may disappoint fans who wanted another Golden Hour, but it’s the natural next step for an artist who reads as entirely done with the world of country’s archaic tradition and muffled misogyny. We’re shown Kacey The Popstar here, and she’s a force to be reckoned with. There’s a line in “what doesn’t kill me” that you’re going to see in Instagram captions for weeks – “my golden hour faded black.” Musgraves sums it all up there. The serenity she once felt was replaced by something new, something more complicated. Fortunately, black suits her.