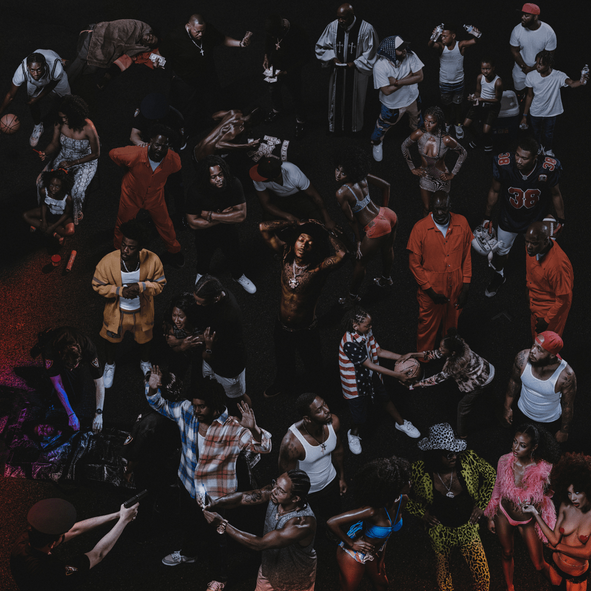 At this point in hip-hop, there seems to be a dearth of complete, soulful projects. J. Cole’s memorable dig at “30-song albums” seems to have prophesied to some extent the current moment. Artists, materially impacted by the streaming economy, favor bloated tracklists or songs seemingly recorded directly as TikTok background music. Cutting directly against this mainstream proudly stands Atlanta-based rapper JID’s sophomore album The Forever Story.

The second track of the album, “Raydar,” reintroduces JID’s classic fervent, breathless rapping, juxtaposed against a simplistic beat, allowing his lyrics to carry the flow of the song heavily. Interspersed throughout the song is a sample from an “unsportsmanlike” penalty call from a football game, highlighting the lyrics just before: “you a cop or you a n**** killer?” From here, the song breaks down, shifting to a much heavier beat accented by JID’s deeply-autotuned voice complementing his normal rapping voice. This track evolves again, shifting from the heavily-mixed beat to a much simpler piano-focused beat with some beats in the background, still managing not to draw too much focus from JID’s impressive flow and memorable lyrics.

“Dance Now,” released before the album as a single, once again focuses on JID’s powerful, persistent bars, undergirded by vocals and a thumping beat. His grimy hook, featuring incredibly catchy rhymes, ties the song together very well, providing some great moments in between ear-worm verses. “Crack Sandwich” continues this trend, relying heavily on a memorable hook. The song suffers from overuse of interludes but carries the flow well. “Just in Time,” featuring Lil Wayne and Kenny Mason, carries the early momentum of the album through toward the end, slowing down JID’s traditional flow as he adapts his cadence, reminiscent of an early-2000s Weezy style. Wayne handles his feature well, announced by his trademark lighter flick and inhale, laying down decent raps, uncharacteristic of some of his more recent work.

As a whole, the album feels like a complete project, united by the single theme of JID’s success; however, unlike some artists who reach levels of success, the album does not end up falling flat, relying not on the “can-I-talk-my-shit-again”-ility of the artist outside of the music. Rather, JID’s success comes from the command of his art, creating catchy yet nostalgic bangers that really do exemplify why he has reached such success in the first place.

The Forever Story is out now.