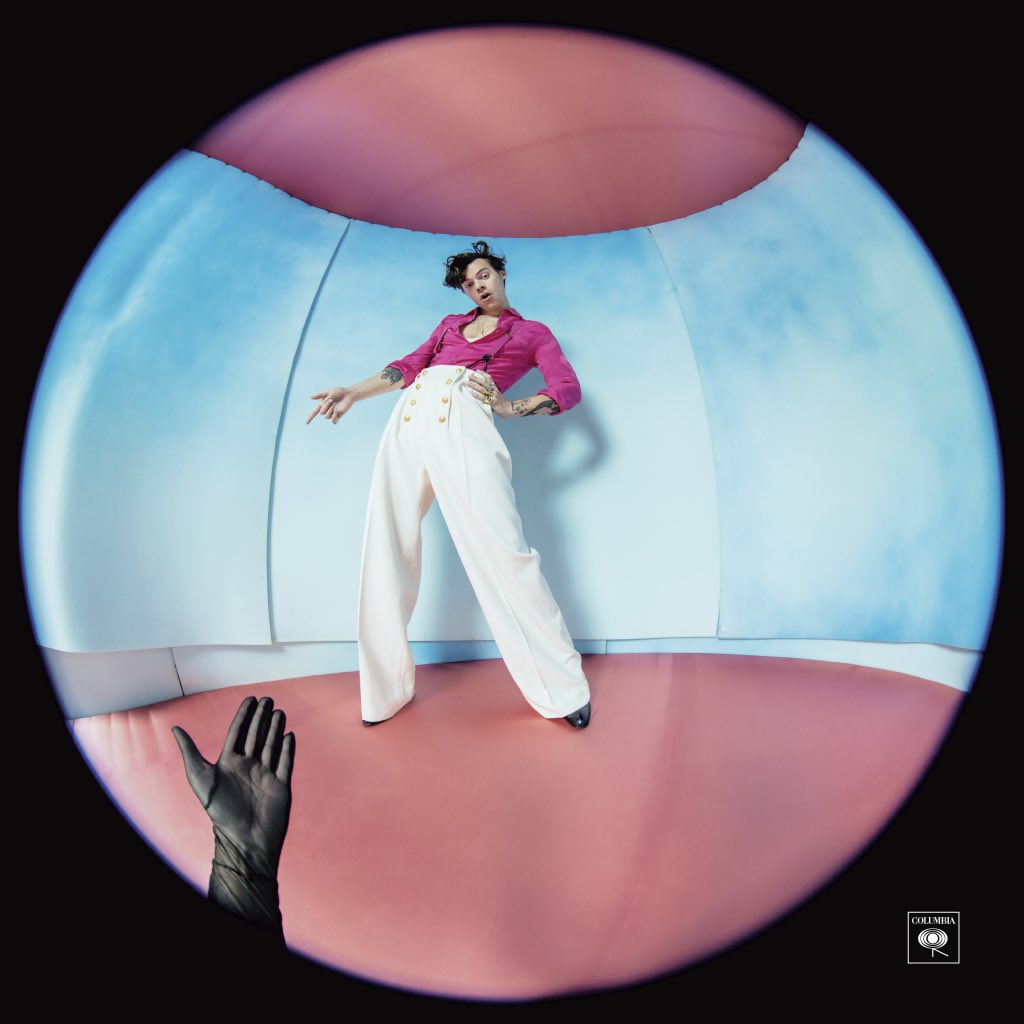 “We’ll be alright.” That’s the last words one hears Harry Styles utter over and over as his voice fades and his sophomore album, Fine Line, comes to a riveting close. The phrase is a testament that is sprinkled throughout the record, acting as a wave of a bittersweet hopefulness ebbing and flowing as one journeys through the choppy waters of self-discovery and inner reflection. Every track sinking deeper within one’s bones and heavier on one’s chest. A type of tenderness and bleeding vulnerability that felt out of reach on Styles’ self-titled debut.

When One Direction went on hiatus and the members ventured out on their own, there was heavy speculation on where each of their independent sounds would take them. With Styles, the drop of his debut record in 2017 came as a surprise to many as he set his mind to working through all the influences he grew up listening to. His self-titled was chalked full of the folk tones and grittier rock that encapsulated the musical landscapes of the 70’s and 80’s. And, even though the record received critical acclaim, there was something missing in its foundation that made it difficult to find connection beneath its surface. So, when his follow-up album, Fine Line, was announced, it was interesting to see whether Styles, after two years of being seasoned under the spotlight, would deliver a more emotionally evocative record. And, at the project’s release, it was blatantly obvious that it did. Because, unlike his debut that felt dated at times and unreachable, his sophomore effort shows a growth in maturity in both the sonic landscape explored and the connectivity expressed. In essence, Fine Line reaches its fingers down and touches whereas HS1 always flew above- too high to catch.

Perhaps the change-up in approach came after Styles spent the first couple months of 2019 in Japan, traveling alone, and figuring himself out after two consecutive tours and a few of life’s speed bumps left him breathless and searching for his own, independent identity. Regarding the shifting in sound, he’s even described the risks he wanted to take sonically that he felt apprehensive about when creating his debut. These decisions translated heavily in the success of Fine Line as both the resonation and soft pull-back on musicality created an album that feels more human and more alive than he’s ever been.

Nothing depicts that more than the opening track of the album, “Golden.” a dazzling, 80’s tune with Christopher Cross’ undertones. The anthemic backing vocals and energetic production carry the song as it transports one to the driver’s seat, riding down a strip of highway, late at night. The contents of the song being open to interpretation as it could balance between an ode to a lover and the possible struggles Styles has had with fame. “Sunflower Vol. 6” follows this same skeleton as it acts as the freshest and funkiest cut on the record. Amplifying Vampire Weekend vibes, the song warbles in and out of the traditional model of production while showcasing Styles’ writing prowess with it’s clever personification and imagery pushing lyrics like “Plant new seeds in the melody. Let me inside, I wanna get to know you.”

“She,” on the other hand, is a fuzzed out, Pink Floyd-tinged narrative. Styles speaks from the eyes of a family man, displaying what could be the contrast he sees in his public and private personas. His storytelling hits a stride here, pushing the envelope of his abstract mind alongside glittering falsettos and a slinky instrumental break that one can’t help but to sink their teeth into the longer it goes on. “Canyon Moon” also showcases his raconteur ways overlaid Joni-Mitchell flared tones and her iconic use of the dulcimer. The stripped track, that feels like it fits in with any campfire communion, seemingly takes inspiration from the domesticity swirling around him while writing the record, aching to be back in his own domesticity with his lover, murmuring over and over again, “I’m going, oh I’m going home.”

But, it’s the power ballad of Fine Line, “Falling,” that remains a stunner of the record. A track that possibly shows Styles at his most vulnerable, his lyricism evokes emotion the moment one hears his voice crackle through the speakers. The raw anguish that is felt throughout his vocal performance and trembling range is a peak in his talents. Lyrics like “What am I now? What If I’m someone I don’t want around? I’m falling again” are breathtaking. Every word, every syllable, every shift in tone is felt. Almost as if the listener is eavesdropping on something too personal to properly digest, helpless and as melancholy as he is, watching him speak to his mirror yet viewing oneself in the reflection as you stand behind him.

The last two tracks of the record are fascinating in the direction they take sonically. “Treat People with Kindness” is an homage to Sgt. Pepper as it’s quirkiness and high energy takes one by surprise. With a Queen-like chorus overlay that falls on the back of community, support, and acceptance, it’s sure to be a crowd favorite as it’s iconic chant of “Maybe, we can find a place to feel good, and we can treat people with kindness” will light up any room. Then, the closer, the title track, lives up to its name being plastered across the cover. An atmospheric landscape that is akin to Bon Iver and James Blake, Styles’ tone here is ambient. The song feels as though one is wading in and out of consciousness- rising and falling between two different planes of thought, emotion, and being, seeming to represent the inner workings of Styles’ euphoric mind.

All in all, Styles’ sophomore record works because Fine Line is personable. It meets one for coffee at the break of dawn. It’s the voice crackling through the receiver of a late-night phone. It warms the passenger seat as one drives to clear their mind. It’s the hand cupping a cheek when tears begin to spill. It’s the sweet encounters shared with those one’s yet to meet. It’s the raking of nails lightly over skin. It’s the voice beside each other as they speak quietly to the ceiling at night. It echoes in one’s chest as a reminder to breathe. It slips through the listener’s ears like they’re floating on top of a body of water— weightless and free.

Harry Styles has realized one doesn’t need to be loud to be powerful, and that is the essence of Fine Line’s success.