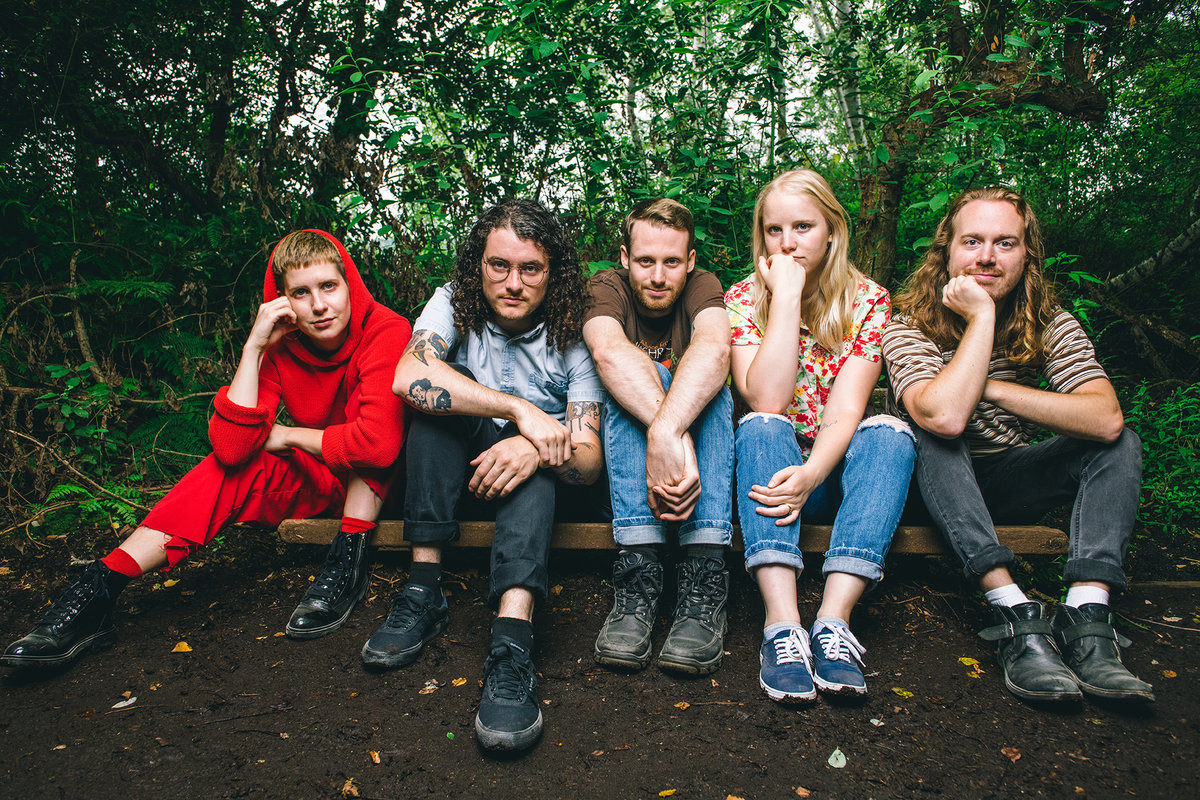 Great Grandpa’s intentions are clear within the first minute of “Dark Green Water,” the opening track from their outstanding sophomore LP Four of Arrows. Their debut, 2017’s Plastic Cough, was a fun collection of grungy weed rock, a stomping good time that operated on their thesis that “everyone just wants to get stoned.” But the first verse of “Dark Green Water” offers a striking vulnerability that suggests the Seattle band is looking toward heavier subjects this time around—“Mistakes were made and that’s the heart of this pain/ But I’ll rejoice, I won’t give anything/ But forgiveness once you have the courage to explain.” A crooked acoustic guitar slinks along under Alex Menne’s distinct, wide-eyed howl, but repeatedly on “Dark Green Water,” the bottom gives out. Abrupt silences give way to loud peaks. It’s over, and then it isn’t, and then it’s over again. On “Dark Green Water,” Great Grandpa promise that they mean business. On the rest of Four of Arrows, they keep their word.

Four of Arrows is a big step forward, an LP that sees Great Grandpa reaching toward a new, more complex and layered sound that dabbles in folk, country pop, and ‘90s alternative. But it’s also an album about taking big steps forward, about the terrifying, messy, and sometimes exhilarating swings we take to become the adults we aspire to be. On the massive “Digger,” they search for direction, arguing with tarot cards and trying their hardest to extract wisdom from the stars—“All things must evolve or fade,” Menne sings thoughtfully. On the joyous “Bloom,” the band celebrates all of the opportunities for change in country-tinged pop-punk (“step into whatever you want to, and let your spirit bloom”).

Growth and change are never easy, and Great Grandpa never forget that. Carrie and Pat Goodwin’s detailed lyrics in “Rosalie” tell the story of someone who appears to be fighting a mental illness—”masked spectres of the past reveal themselves against her will to slide in this moment.” “Rosalie” gently sways its way toward an anthemic ending, lamenting a feeling of “relentless regress,” the power of depression to make you feel like you’re always moving backwards, no matter how hard you try otherwise. Later, the weightless, sparkling “Human Condition” rests on the refrain that “sometimes living is hard, hard work.” For all of the joy and wonder that growing up can give, Four of Arrows sheds light on the pain too. This isn’t a symptom of some effort to “mature” or sink into cynicism, but a means of offering support in the process of making the brave move of growing up.

But growing up isn’t a means of divorcing yourself from the past, and Great Grandpa know that too. “Mostly Here,” a song that first appeared on the band’s debut Can Opener EP in 2015, closes the record, a move that brings their shift in sound full circle. The new version of “Mostly Here” is tighter and more immaculately produced, but surprisingly little else has changed. The song fits in wonderfully here, proof that the band was always poised for greatness. On Four of Arrows, Great Grandpa take the steps toward becoming their best selves, but the heart is just the same as it always was.