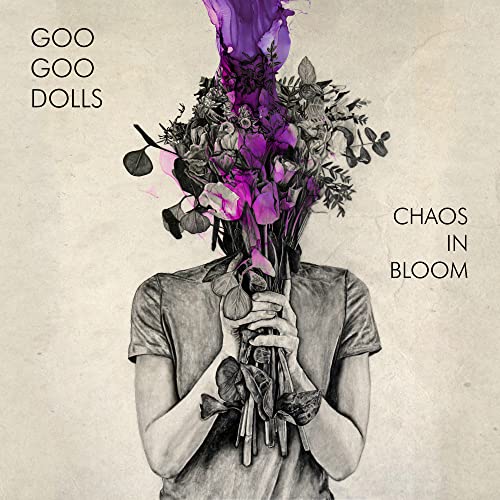 The Goo Goo Dolls have remained on top since skyrocketing to fame in the ‘90s–no seriously, “Iris” held the record for most weeks on the radio up until The Weeknd’s “Blinding Lights” in 2020, and there’s a reason for it. Each album they release encapsulates you in an atmosphere that carries you through each song and Chaos in Bloom is no different. After nearly 40 years, it’s tempting to cash in on nostalgia and not challenge your fanbase to grow with you but The Goo Goo Dolls refuse to remain stuck in place. With a brief anniversary tour to celebrate Dizzy Up the Girl’s 20th birthday, they immediately moved on the next year to bring us 2019’s Miracle Pill. While still featuring the band’s core elements, they embraced the pop sounds that were dominating the radio at the time which garnered a successful payoff. With plans set to tour the album in 2020, they were soon canceled as the world entered lockdown.

When The Goo Goo Dolls were forced into lockdown along with the entirety of the world, it was the longest they had gone without touring ever. For a band that has been traveling the globe for forty years, that delivers a whirlwind of emotions but The Goo Goo Dolls took advantage of the time and said “What’s next?” There is a fine line to walk between “we made an album during the pandemic” and “we made a pandemic album,” and the latter is becoming grating. To hear Chaos in Bloom be an album made during pandemic and not a creation spawning from the darkest period in modern life was a breath of fresh air. The opening track “Yeah, I Like You” showed up on my release radar while I made my weekend trip to get Starbucks (because hey if I can never own a house, I’m going to enjoy that coffee) and instantaneously sparked a feeling in me I haven’t experienced with any other release this year. With a jab at egos and the celebrity culture of the modern age (re: TikTok), it lures the listener in with Johnny’s signature upbeat acoustic guitar. Not long after, the snare kicks in like a gunshot with the rest of the band coming in at full speed. With a chorus so full of life, the opening track sets out to encapsulate the joy of driving with the windows down during summer and the volume up as loud as possible.

Moving into track two, my personal favorite, we hear the roaring intro to “War” that feels like a callback to the massive opener on Let Love In, “Stay With You.” We find ourselves glimpsing into Johnny’s life throughout the chorus as he chants, “It’s war, all up in flames / I can’t live without you,” striking a chord with those who have found themselves caught in the tumultuous spiral of chasing someone you love. Immediately replaying the track, I put on headphones and let myself be engulfed in the synth that makes itself known in the bridge. While my preferred listening method is vinyl at loud volumes through a sound system, I kept the headphones on as I went through the rest of this album. In doing so, the layers of this record come out and shine. In “Save Me From Myself” and the second half of  “Let the Sun,” you hear massive soundscapes that make each song feel whole and is the trick to the encapsulating atmosphere prevalent in the Goo Goo Dolls music we mentioned earlier. These fine details are what separates the Goo Goo Dolls from the rest after four decades.

Despite Johnny taking over lead vocals early on in the band’s life, each record features one or two tracks where Robby assumes his previous role. Reaching the halfway point of the record, Rzeznik steps aside and lets Robby takeover vocal duty for “Loving Life.” Each track following continues to let the listener slip into the world they’re creating on this album before switching gears on the penultimate track “You Are the Answer.” Instead of layering soundscapes in the background, we are guided through this track with graceful piano playing and finger snaps. While this changes the tempo of the albums projection so far, it doesn’t fail to captivate before the final send off of “Superstar.” As the album came to a close, I found myself ready to hit play again for another top down listen. My willingness to do this is also rooted in the fact that this album is only ten songs long. In a world where our attention spans are drastically dwindling, I have great distaste for the trend of albums being 15+ tracks long. Chaos in Bloom gives us the best of the best in its tight ten song tracklist with no lulls or skips. Fans are going to find themselves revisiting this record frequently, and I can say it challenges my personal top three (Gutterflower, Let Love In, and Dizzy Up the Girl) for its rightful spot at the top.

Chaos in Bloom is out Friday on Warner.