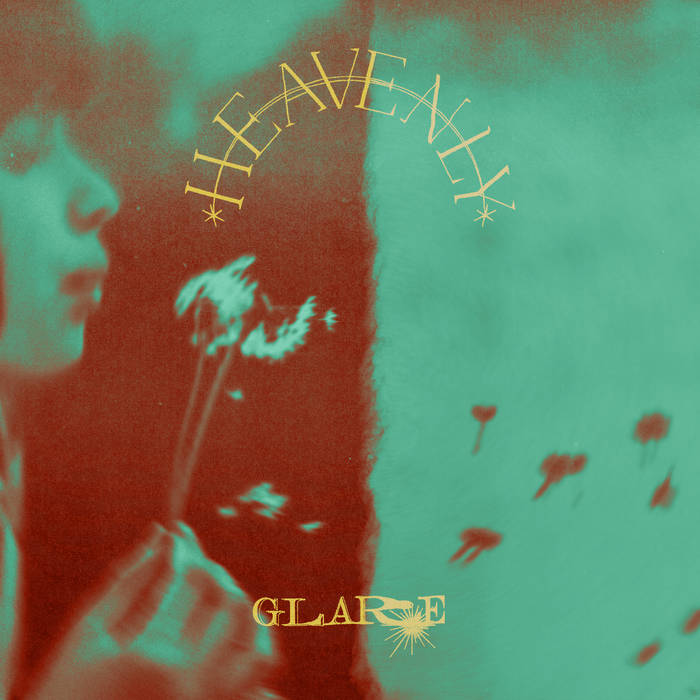 The swell of recent shoegaze bands means that any band who dabbles in heavily overdriven, reverbed, and delayed rock music needs to really stand out. For bands like Nothing and Cloakroom, this means being as heavy as possible; Slow Crush or Blankenberge run in the opposite direction, taking shoegaze to its most ethereal limits. For Texas upstarts Glare, they cut through all that to turn in a simple, straightforward, powerful slice of shoegaze on Heavenly.

That isn’t a knock on Heavenly; where other bands splice various other styles into their sound, Glare tend to play it straight. The results are pretty good, too; opener “Bloom” is thick and dreamy, and it leads well into “Floating.” One of the most impressive tracks on Heavenly, “Floating” is the one instance of the band really picking up the pace on the record, delivering a catchier, more immediate track than anything previous.

“Soft” reels things back in, way back in. It’s almost trancelike in its honeyed pacing, and it’s an easy highlight on the EP, the one where the blurriness of everything works most to its advantage. It feels deliberately hazy, every word and every note lost in the lovely swirl. The closing duo of the title track and “Ghastly” summarize the preceding three songs nicely, bouncing from airy, dreamlike riffs to foggy overdriven climaxes.

Where the muddiness of “Soft” feels there like a feature, Heavenly does at times seem a bit one-note. The EP’s brief runtime – a hair under fifteen minutes – ensures that it never feels like a slog. With an album like Heavenly, though, this is almost an expectation; shoegaze, more than most genres, lends itself to a feeling of repetition. Within that formula, though, Glare are near unparalleled. They’re a young band still, but there’s more than enough proof on Heavenly that they’re building towards something beautiful.