Album Review: Flung – ‘Shaky But My Hair Is Grown’ 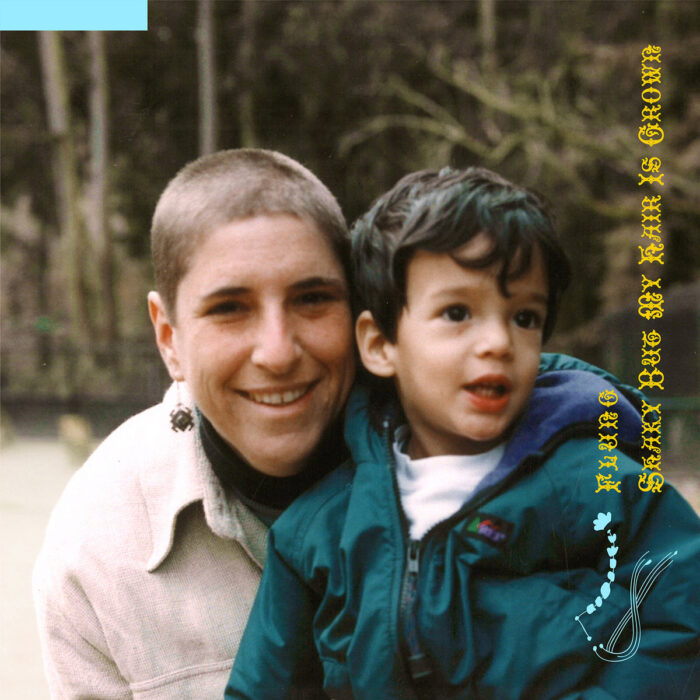 The winter I fell in love with electronic music was the coldest season I have ever lived through. Cooped up in my dad’s Northern Virginia basement, I huddled around records by Panda Bear, The Avalanches, and El Guincho for warmth as snow weighed down barren branches on the oak trees outside my subterranean window. In the six years since those frigid months, I have grown more accustomed to and less infatuated with synthesizers and samplers. However, every once in a blue moon, a record comes my way that brings back the giddy excitement I felt upon initially understanding the transportive qualities music technology can encapsulate. Shaky But My Hair Is Grown by Flung is the rare record that takes me to that place.

Shaky But My Hair Is Grown is the debut solo album from Oakland, California based multi-instrumentalist Janak JP. While their early work with the duo Honey Oat used live percussion and electric piano to at once evoke the retro indie pop of Ginger Root and the resplendent free jazz of Alice Coltrane, Flung masterfully utilizes software to craft works that make me wish I had paid better attention in my college Ableton class. Where Honey Oat sounded like the byproduct of time spent in a music conservatory, Flung is a project that sounds like the result of an art school’s most eccentric underground party circuit.

Shaky But My Hair Is Grown came to life in just three weeks at the start of the quarantine, but its intent makes it sound like a record that should have taken three years to complete. In just over half an hour, Shaky But My Hair Is Grown humbly shows off organic drum samples that skitter along with arachnidian bedlam, gorgeous, gurgling synthesizers, and a hypnotic (and occasionally claustrophobic) array of sound bites from Black philosophers and world music.

Flung’s sound is tied together by a chilly golden glow that sonically embodies the color palette on the record’s cover. However, Shaky But My Hair Is Grown’s greatest strength is that no two moments on the record sound the same. Album opener “Tell Me” sounds like an isolated vocal sample from the most mellow moment on J Dilla’s Donuts, while the following track “Lavender” sounds like the work of Philly producer Pleasure Systems, were mastermind Clarke Sondermann to collaborate with an MPC equipped Eli Keszler. “Ultra” dabbles in outsider house, “Firstly Zested” embraces shuffling, Tortoise-y indie rock, and lead single “Tingletoes” sounds like a Squarepusher song transposed to a toy organ. Janak JP has the rare ability to create world class math rock and jazz on a computer, and Shaky But My Hair Is Grown never hesitates to show off the producer’s technical dexterity. The record may be steadfastly singular, but its thick, genre bending arrangements and blink-of-an-eye run time possess the same autumnal zest that makes The Books’ Thought For Food such a timeless record.

Shaky But My Hair Is Grown is a joint release between Citrus City and Topshelf Records, and it only takes one spin to understand why Janak JP was an immediate labelmate with prolific up-and-comers like Body Meat and Pedazo De Carne Con Ojo. In an age that offers us no shortage of beat tapes to passively nod along with, Shaky But My Hair Is Grown is far more than just another collection of Soundcloud deep cuts to study/relax to. As current experimental releases largely begin to embrace the sensibilities and sounds of no wave and musique concrète, Flung is the rare artist with the ability to make avant-garde music still feel boisterous and fun in 2020.