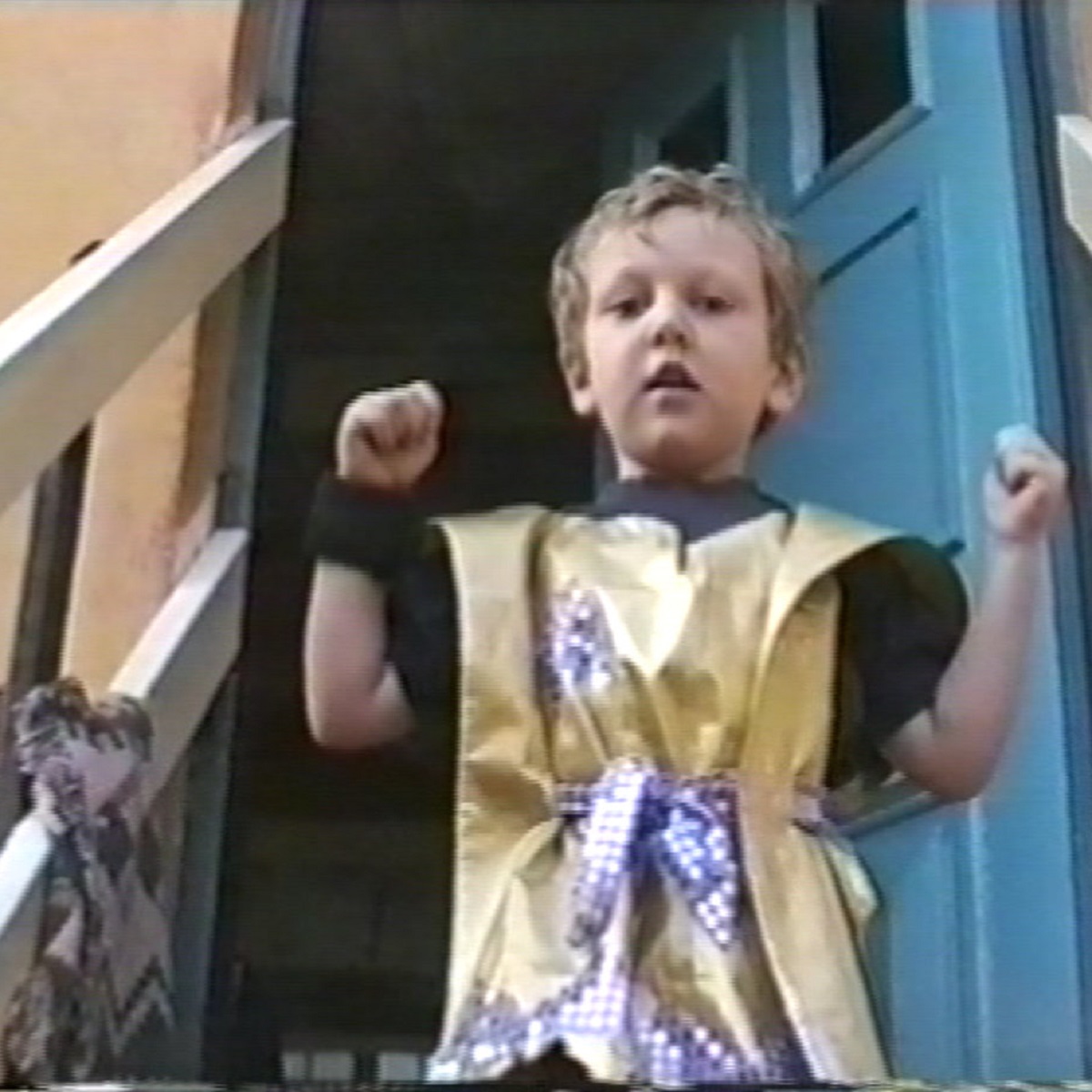 In 2018, Australian singer-songwriter Fenn Idle aka. Fenn is cool released his debut album The Definition of Cool, a collection of short bedroom pop tunes that he sells as “the length of an episode of Friends,” as if its best quality is that it doesn’t take long to get through. It’s a harsh self-assessment, or at least indicative of an undue and ironic lack of confidence from someone whose initial revisitation of pop music post-classical composition education consisted of affirmations of coolness. In short, Idle’s an overthinker: prone to burnout, prophesizing worst-case scenarios, and feeling that he’s not doing enough. In the time since, he’s been relatively quiet: an Alex G cover here, a Christmas song there. Nearly four years later, his sophomore effort Popstar permeates a quiet ambition: not for fame he now rebukes, but for artistic fulfillment and contentedness with his life.

The most immediate difference between The Definition of Cool and Popstar is communicated via the track length of the latter’s namesake. At thirteen minutes, “Popstar” is more than half of a Friends episode all on its lonesome, speaking to at least some brand of assurance. An audio play consisting of five acts/movements, it’s a bridge between the long-form anxious reflection of Car Seat Headrest’s “Beach Life-in-Death” and the pomp and structure of Green Day’s “Jesus of Suburbia.” Idle imagines an influential talent scout rescuing him from the doldrums of his everyday life. His song’s on Triple J and he’s “Opening for the Wombats / Who are past their prime.” As his success grows, his ego inflates until it’s inevitably popped by the fickle realities of the music industry (“He said that tastes can change / Maybe he backed the wrong horse”). What’s remarkable about “Popstar” is that it is not a tale of self-destruction, but one of ending up back where you started and accepting that as being alright. The old friends he’d abandoned are receptive to his apologies. He finds steady work again. Everything is okay. Good, even. He comes to the realization that the dream he held at four-years-old doesn’t suit him at twenty-seven, and he makes his peace with it. Now that’s cool.

Idle approaches depression, uncertainty, and guilt with a conversational frankness that is at odds with his gentle voice and the elegant melodies that carry it. Between a Peter Bjorn and John reference in “Popstar” and a Lekman-like approach to lyricism, one gets the sense that Idle is a fan of Swedish pop and its tendencies towards heart-on-your-sleeve romanticism. It carries through to the compositions: while the production is not particularly ritzy, the arrangements are full-bodied and lush, building out the bedroom to a chamber. Many songs highlight Idle’s skill as a pianist, from the cascading solo faintly awash in vaporous synths on “Deleted Accounts” to the irregular rhythms laid down on “See the Sea.” These same songs still, however, showcase other spectacular instrumental moments: Idle’s waterfall of keys on “Deleted Accounts” is immediately followed by a funk jazz detour of drums, organ, and bass (the latter provided by Jacob Dawson-Daley), while “See the Sea” features gorgeous flute courtesy of Rose Chan and an assortment of vocal modulations and tricks. The breadth of the palette on Popstar is impressive and welcome on a much lengthier project, but the growth in songwriting is what’s most striking.

Growth may be only a partially accurate term to describe the shift between The Definition of Cool and Popstar, considering that one of the album’s most unique undertakings was written four years ago, closer to the release of the former. “Every Song I Write Sounds Like Coldplay” is a piece Idle has long held in (“I keep asking myself, why did it take so long?”). Part original, part “Fix You” cover, part collage of a 2006 Chris Martin interview from an Australian talk show, the song alludes to a begrudging kinship Idle senses between himself and the Coldplay frontman, judging them both as self-aware narcissists. Even though only a fraction of the words come directly from him, it’s as impacting and honest as anything on Popstar and one hell of an argument for both covers and sampling as art.

Elsewhere, Idle attempts to dig himself out of a rut of depression he struggles to rationalize away (“Ooh Yeah! (I Don’t Know Why I’m So Depressed)”), dreads dentist appointments, and frets about uncovered medical expenses should he tumble down the stairs (“Work Life Index”), ruminates on old hopes of being a pilot (“If I Didn’t Have You”), and comes to terms with a shrinking social circle (“Future Overrated”). He frequently namedrops films he’s watched and describes small moments with the intimacy of any great storyteller. Closer “Time Flies” is as humorous as it is sad, rendering laughs with a declaration of filling his jerk neighbor’s mailbox with Cialis adverts while rewinding old painful memories before deleting them for storage. The album ends with the contradiction “Next year will be your best one / Next year will be your worst one,” sounding not entirely sure about either outcome but only capable of imagining extremes.

Above all else, Popstar is a warm, friendly record: one that simply feels good to spend time with, one that makes the awkward feel understood much in the way the work of Nathan Fielder (quoted in the album’s liner notes) does. Idle may have shunned the idea of any major breakout at this point in his life. Who knows if it would ever come anyways? Regardless, he deserves as much success as he desires, in whatever shape it takes. This year could be his best one.

Popstar is out now.