Home  >  Album Review: Discussing The Sun – ‘Feel It All’

Album Review: Discussing The Sun – ‘Feel It All’ 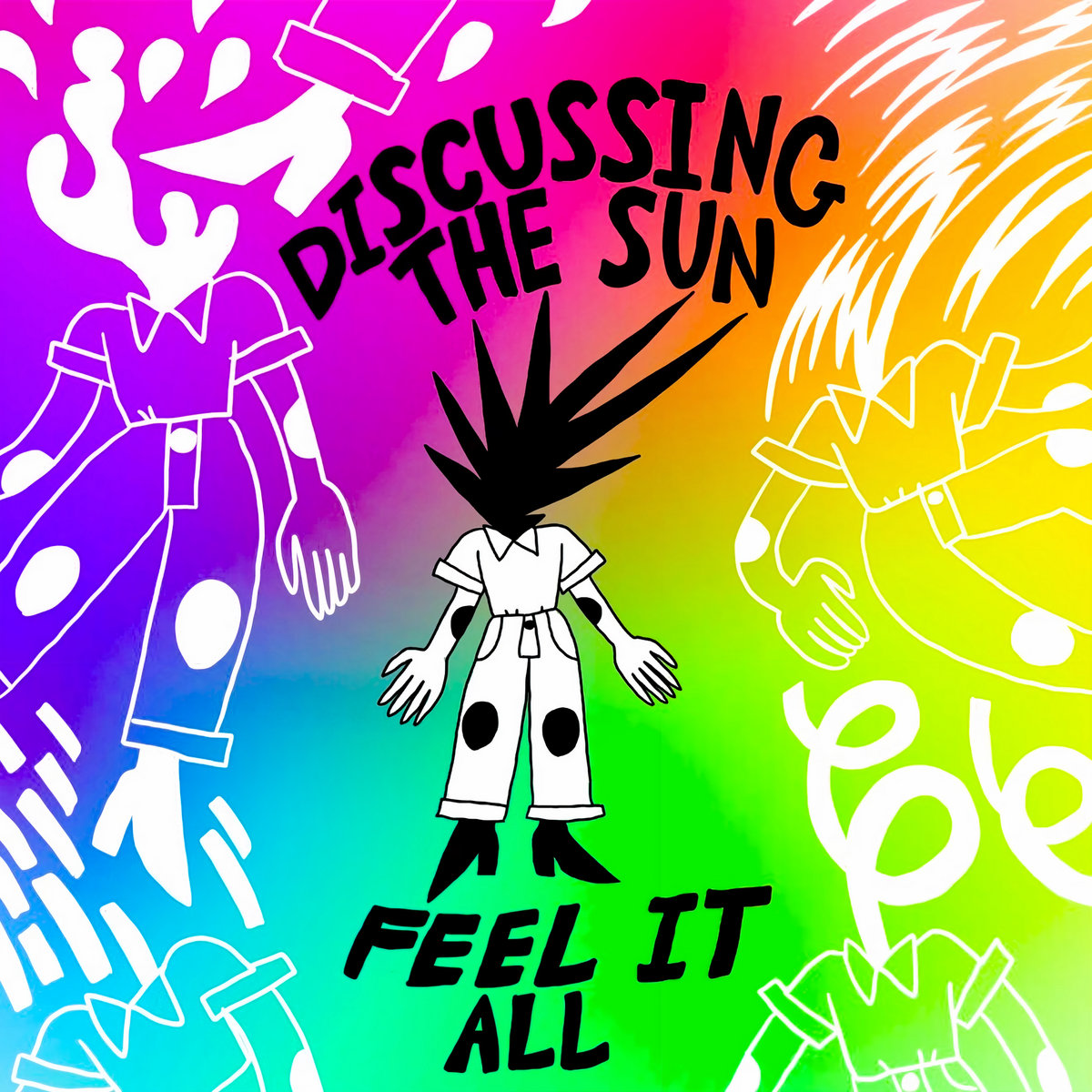 Discussing The Sun’s Feel It All starts with a bubbling, hypnotic beat, calling to mind a peaceful zen garden—but one where the peace and calm is in danger of being broken any moment as the chaotic and intrusive thoughts break through in the form of the drums kicking in. The lyrics, too, break through the meditative calm with thoughts like “blame the acid, complex post traumatic dissonance, I feel it in my skin its consequence for all the ways I’ve been runnin’ from who we were then” and “what the fuck, man? you deserve more than this, the years they pile on and never fucking quit. The trauma eats you up and everyone you love they leave, I said they leave.”

Much of Feel It All—a collaboration between Lonely Ghost Records artists Mars from Holy Kerouac and Leave Nelson B, with Mars fronting the group and Leave Nelson B providing beats and additional instrumentation—dwells on those instances where opposing notions of calm and chaos, joy and despair, human connection and crushing isolation all meet in an ultimate acceptance of that spiraling whirlwind. Leave Nelson B’s production hits a sweet spot; as somber and reflective as it is danceable and joyful, fitting perfectly with Mars’ lyrics at moments like the delivery of “it’s awful lonesome, ain’t it, hun? to know that time will just eat you up” over production that evokes looking out of a high rise window on a rainy night in a city full of people drifting along connectionless on “Dreamland.”

This is not to say that Feel It All is a downer record, though, and tunes like “Protectors of Protectors of Pr-,” with its driving, pulsating beat and the psychedelic “Vessels of God” are musical high points. They form natural pairs with the songs that precede them, both of which grow the beat from a piano intro. “It’s Just Like Bleeding” is the most pulled-back song on the first half of the record, that relative musical calm drawing the focus to Mars’ heart-wrenching delivery of lines like “I come apart and it’s not cause you don’t love me, it’s just hard to feel worthy, to feel enough, to know safety and put it all together.”

“Still Frame” falls between “Protectors of Protectors of Pr-” and “Vessels of God,” starting with a sprinkly piano line that eventually blossoms into one of the most radiant and exuberant songs on the album, turning at the spoken-word “today, we are discussing the sun.” The tempo is pulled back, but the electronics are still active, fitting the feeling of nervous urgency in the way Mars sings “I hate every single second when I’m back home / I hate everyone I love just a little / it’s still there in still frames, don’t forget / I’m sure it’s easy just to leave me when I’m static / I’m sure it’s nothing but a bother just to think if there’s harm done, should I run or fucking face it?” It’s a stunning moment, forming the emotional center point of the record.

“Lonesome and Gravity” also makes use of piano, with dark, almost unnerving electronics added on top. It’s a tense song, pulling things back a bit from “Vessels of God,” and creating a bridge into album closer “Hold The Space.” If “Still Frame” is the emotional center point of Feel It All, “Hold The Space” is both the breaking point and point of zen-like acceptance, as the emotions and themes built up on the record come crashing down at once. Starting out musically more lonesome than any other track here, the sparse low end of the beat is joined by a trippy, winding synth line, leading to the album’s most joyful instrumentals as Mars sings “alright, we’re here / just hold me and tell me stories about all the things you want for me and don’t stop talking and tell me slowly / alright, it hurts, its holy, the grief is never fucking ending / we’re here, it’s safe, there’s space so let’s just try to.” The album’s title makes an appearance throughout the track, its meaning understood more having gone through the run of the record. Feel It All means just that—the highs and lows, but also the mind-numbing nothingness; anxiety and loneliness, human connection and comfort, but also the times of drift when feeling anything like either of those extremes seems foreign.

Feel It All is out now on Lonely Ghost Records.