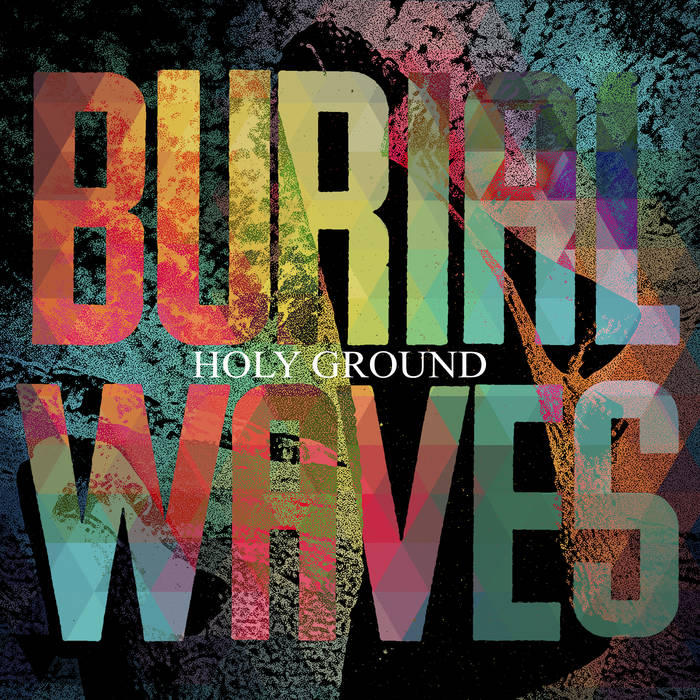 Burial Waves is, to be sure, a supergroup of sorts, and their sound is a near-perfect triangulation of each member’s full-time project thrown together, but to talk about Holy Ground this way is to undersell the record. It isn’t merely a retread of previous projects; it’s a wholly natural step for each member while still sounding unexpected and fresh. Because Pianos Become the Teeth’s Kyle Durfey is the vocalist for Burial Waves he is therefore the most recognizable part of the band; while Burial Waves’ atmospheric post-hardcore does recall transitional Pianos material like “I’ll Get By” or “Hiding,” it’s by no means a continuation of the sound.

The abrasive “Light Heads” was the first song released from Holy Ground way back in April, and the return of Durfey’s aggressive vocals was certainly a shock. More than anything else, with its blend of space and heaviness, “Light Heads” gestures in the direction of No Devolucion or Strangelight’s 9 Days, the spacey Fugazi-indebted project Geoff Rickly put out soon after Thursday’s disbandment. Indeed, Holy Ground does bear far more resemblance to Fugazi, Shudder to Think, or other Dischord bands in its scrappy and energetic post-hardcore, but with an ambient edge that gives the album a unique feeling.

Centerpiece “The Romantic” is a perfect example of the two sides of Burial Waves; its first portion is pummeling, no-holds-barred post-hardcore before it pivots into a gorgeous, flowy coda of beats and drones under Durfey’s restrained croon. “Cinema Shame,” which flows naturally from “The Romantic”‘s conclusion, shows the band at their best; rather than bouncing between the soft and the heavy, this song displays the band’s ability to do both at once. Its chorus features some of Holy Ground‘s most impressive and powerful riffs dressed up under some of its most beautiful, and the drumming that anchors its bridge would be downright belligerent if it wasn’t playing out under lovely post-work guitar work. This mix gives the track a fresh sound, demonstrating what makes Burial Waves such a unique player in the genre.

Bands like the aforementioned Thursday or Thrice were acclaimed for their ability to innovate within the boundaries of post-hardcore, putting out music that at once epitomized the genre while also pushing it into entirely new directions. As much as the scene has changed since those bands were putting out their most beloved music, it’s not hard to see where an album like Holy Ground might fall in that tradition. It’s only the first Burial Waves record, and hopefully it won’t be the last, but even if it proves to only be a pandemic project, it’s a hell of a mark to leave. It’s a record that feels genuinely new in a genre that too often defaults to reliance on nostalgia for its power. But what else can be expected from such veterans of the craft?