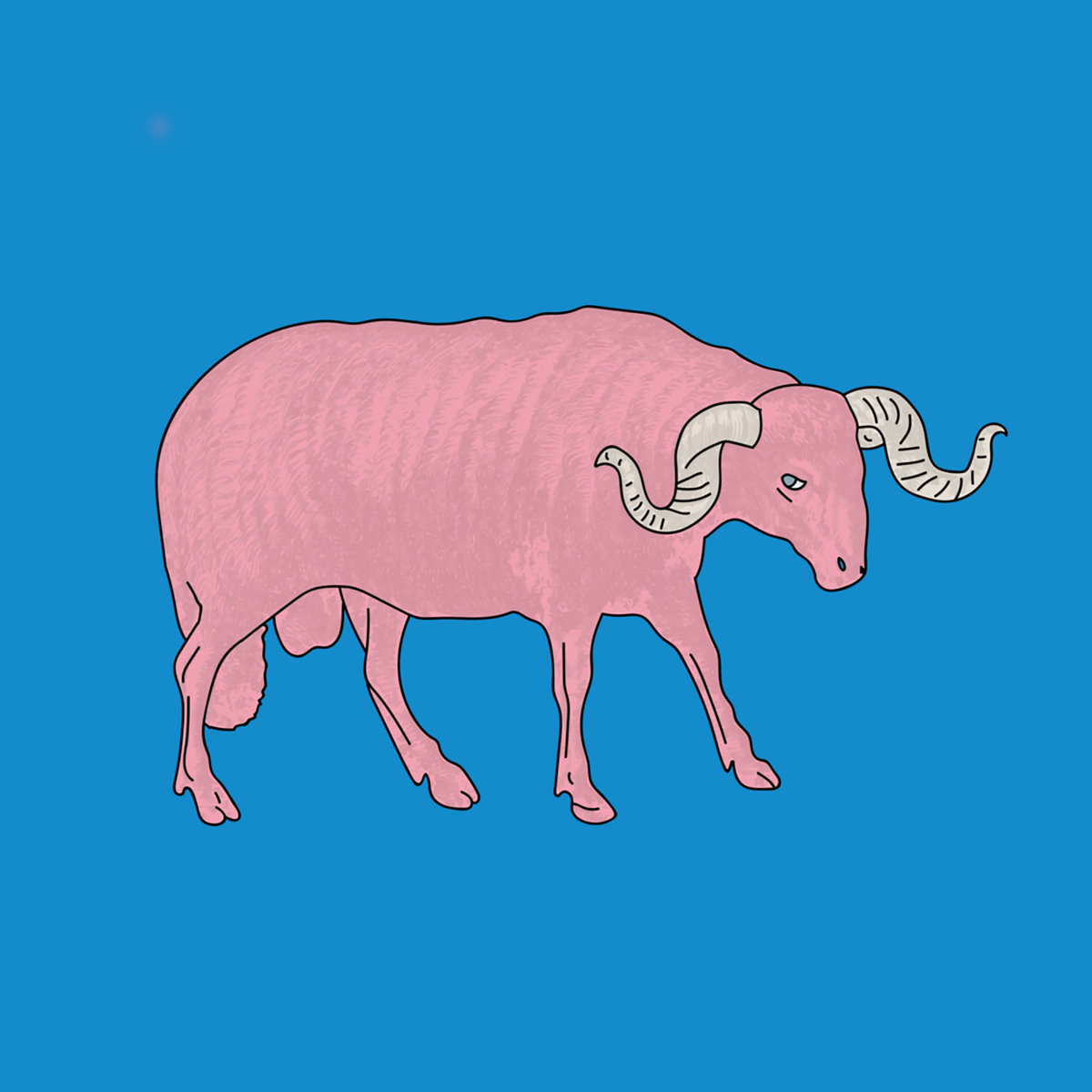 Dripping in anxiety, morbid fixations, and maddening isolation, Birthday Dad’s The Hermit is a fantastic debut. The record feels both like a large theatrical production and an intimate bedroom pop album—often at the same time—comfortably floating amongst these seemingly clashing musical ideas. Alex Periera initially conceived the project in isolation, connecting with other musicians through social media to round out the necessary cinematic flourishes. Now, depending on your tastes, a theatrical album recorded in isolation during the pandemic might sound like the worst thing ever (the image of Jason Segel writing a vampire musical in Forgetting Sarah Marshall keeps pushing into my mind when I think about how this record came to be), but Periera takes the best elements of theatrical emo, keeping the album under 30 minutes and using sugary, immediate tunes to deliver his melodramatic lyrics, turning the never-ending stream of thoughts into a bombastic and meticulously structured production.

Feeling like the opening of curtains for a musical, “Nightly Garbage Run” sets the scene for us, with a grandiose, swelling feel created by the strings and horns. The grandiosity is contrasted by the lone piano that takes the song out, sounding almost like you’re hearing it played through a tunnel on a quiet night. If “Nightly Garbage Run” sets the scene of The Hermit, “Death Too” lets us know what to expect lyrically as it starts with “been thinking about death too much / like every day” overtop of an energetic showtune piano. The lyrics are one of the clear draws of Birthday Dad’s music and they are particularly strong in the second verse as Periera sings “never let me think too long / or I’ll go insane / give me weed or serotonin / TV screens replay / endless loops of shit I binge watch / killing time till time stops / someones got my number / it’s already too late / so I’ll drink until the pains gone / yeah, it’s pain that I cause / everything is my fault,” with the lines seeming to run into each other like intrusive thoughts that can’t stay unsaid. The tune ends with a funeral knell, leaning into the album’s dramatic feeling.

It’s followed by “I Am,” a driving song with a fanfare-like trumpet and ennui-filled lyrics like “I pinch myself in search for glowing screens / where instead of ticking digits / the message now repeats,” with Periera repeating the final word and drawing out the second syllable in a way that echoes early Bright Eyes. With its delicate organ touches and extended trumpet solos from Matt Neufeld, “Spleen” works as a jazzy diversion, capping off the first chunk of the album.

The Hermit really hits its stride with the three-song run at the heart of the record beginning with “TV Dinner,” a cold, wintry waltz blanketed in strings and horns whose beauty contrasts the loneliness underlying the lyrics, with Periera singing “from trying to breathe / and waking up before alarms with sweaty palms / tied to a dream / of places I have been before, but can’t recall / feverishly / accept the past, your future is an atom bomb / strapped to your feet,” leading into the final chorus. The title track—a bouncy rag with some ripping, exuberant saxophone from Will Schade (who also played on Slaughter Beach, Dog’s killer At The Moonbase)—carries on this theme of loneliness with lines like “I don’t recognize the world outside / please don’t make me leave the house” and the apocalyptic chorus of “Noah, get the boat and follow me / the coming flood’s not water this time / god send gasoline / set fire to everything you see / Noah, get the boat and follow me.”

The three-song run caps off with “Hollywood Forever Cemetery,” maybe the record’s best song, with a manic piano and pulsating bassline joined by creepy UFO synths and more trumpet that sneaks in as Periera sings “they shut down the crematory / after they burned Mama Cass / all the bricks were cracked and crumbling / as they fell into the ash / and the owners could’ve fixed it / but they took off with all the cash / I’d do the same thing.” The verses build off the repetition of the title at the opening, and the final pass through includes some of the strongest lyrics on the record, with “Hollywood Forever Cemetery / couldn’t tell you why but I feel weary / maybe it’s this endless search for meaning / that I didn’t ask to join / sign away your soul for a bit of money / spend it all on drugs to be less lonely / big expensive house / but you still feel empty / as you try and fill the void” feeling like the perfect distillation of the album as a whole.

Things ease up after “Hollywood Forever Cemetery,” but instead of simply dropping a quiet, contemplative track of just himself at the piano at this point in the record, Periera opts to duet with himself for a demented waltz that feels like a perversion of the pretty “TV Dinner,” taking the form of the song and warping it into a ceaseless inner-dialogue, with lines like “don’t answer the telephone / watch TV and drink alone” and “cover me in pixie dust / man, I need a pick-me-up / hit of weed or hair of dog / anything but sober thoughts” before finally ending on the repetition of “I hope no one remembers me.” Lyrically, the song matches any other high point on The Hermit while it musically it naturally takes us into “Crystal,” which echoes “Nightly Garbage Run” in its grandiosity, bringing everything back to the start and connecting the two songs bookending the record.

Along with centerpiece “TV Dinner,” those two bookends are the longest tracks—and the only tunes to push past three minutes—on The Hermit, which speaks to the brilliance of the record: it’s only about twenty-five minutes but you feel like you got forty minutes of music out of it.

The Hermit is out today on Refresh Records.