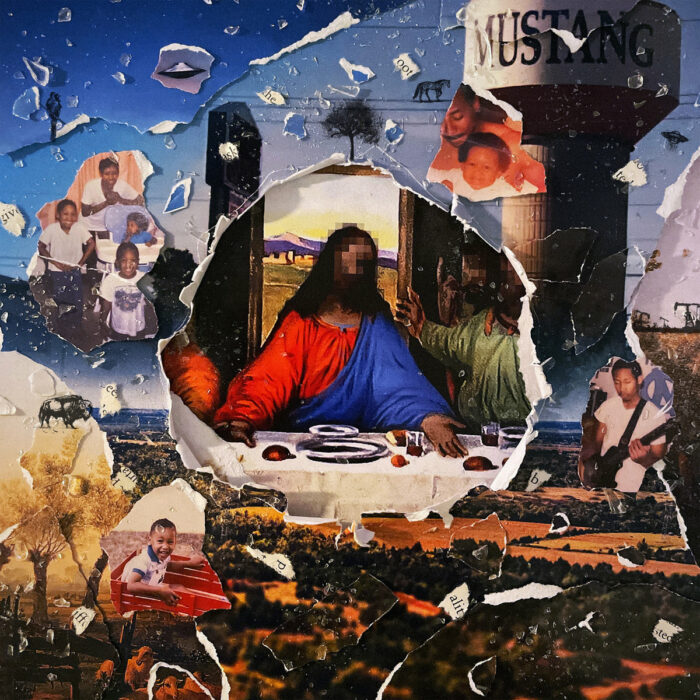 Bartees Strange had a hell of a year in 2020 — never have I been so confident about the arrival of a new star as I was when Live Forever dropped. In the wake of his EP Say Goodbye to Pretty Boy, a strikingly creative set of National covers, Live Forever had the effect of a culmination and a beginning. It was powerful, it was honest, it was uncompromising indie rock shot through a myriad of prisms of eclectic influence, but it also felt only partially revealing of Strange’s potential as an artist. This feeling that Strange still had a ton of tricks up his sleeve while serving something so fully realized is what made Live Forever the most exciting debut in recent memory.

All this excitement can make a record like Live Forever tricky to follow up, and so the stakes are high when it comes to Farm to Table, Strange’s debut for heavy-hitter indie 4AD. On this second record, Strange works to expand the sonic foundation that he struck with Live Forever while avoiding a do-over in higher definition. As far as LP2s go, it doesn’t play out like a Room on Fire; it’s more like a Chutes Too Narrow or a Neon Bible — it feels like the work of an artist who knows who they are and what they do, but they’re not all that interested in getting too comfortable. As a result, Farm to Table may not be quite as thrilling as Strange’s previous work, but that doesn’t mean he’s not making good on the standard he set in 2020.

The opening stretch on Farm to Table should be proof enough of that. The first three songs on this record offer perhaps the most succinct and potent demonstration of Strange’s talent as a songwriter, and the best exhibition of what the sleeker production value can bring to the table this time around. Opener “Heavy Heart” is an aerodynamic and soulful rock song brimming with style. Immediately a definitive Strange track, it’s full of loaded moments that feel classic already: a bright but lonely guitar matched with a melancholy imperative “we should go to Toronto more often”; a dramatic flourish of horns carrying in the song’s final act. “Mulholland Dr.,” meanwhile, rests on a buoyant and slippery riff that heightens an existential focus (“I don’t believe in the bullshit of wondering when we die”), and “Wretched” elevates the smooth pop of Live Forever highlight “Flagey God” with a bustling, stroble-lit chorus.

Much of the rest of Farm to Table rests in gloomier, lower-tempo spaces. The best cuts in this mode are those that harness the shinier production standards to make something that sounds expansive. On “Hold the Line,” Strange bluntly contemplates the value of community in the face of state-sanctioned violence against Black folks, the crushing baldness of his voice balanced with the meandering, spacious quality of the guitars. Later, “Black Gold” pulses sweetly in an echoing soundscape, soaking Strange’s ruminations on his rapidly changing world in a crisp, chill electronic mumble: “I was way too rough / with how I left my town / now it’s big city lights / for a country mouse.”

While Strange does some great work in this realm, the latter portion of Farm to Table may spend a little too much time in the midtempo and the sequencing can sometimes seem a tad disjointed. A sparse acoustic song like “Tours,” for instance, snuffs out the momentum lit up by the stunning finale of “Cosigns” before it. On the flipside, though, a loud rock and roll jolt in the finale of “Escape this Circus” is allowed to land more impressively against this mellower baseline, snapping everything back into focus for the remainder of the record.

When a new artist strikes with such an electrifying first impression, the experience of entering the next phase of their work can be a little odd. Sometimes it’s difficult to move on from LP1, hard to ever feel the same about an artist in the absence of that surprise, that shock of introduction. But it’s a different kind of excitement to see an artist maintain, to see them become more explicitly themselves against a now-established framework of expectation. Bartees Strange does just that on his second album — Farm to Table may not knock me out in quite the same way as Live Forever, but it does continue to make it clear that Strange is one of our most enthralling and inventive working artists.