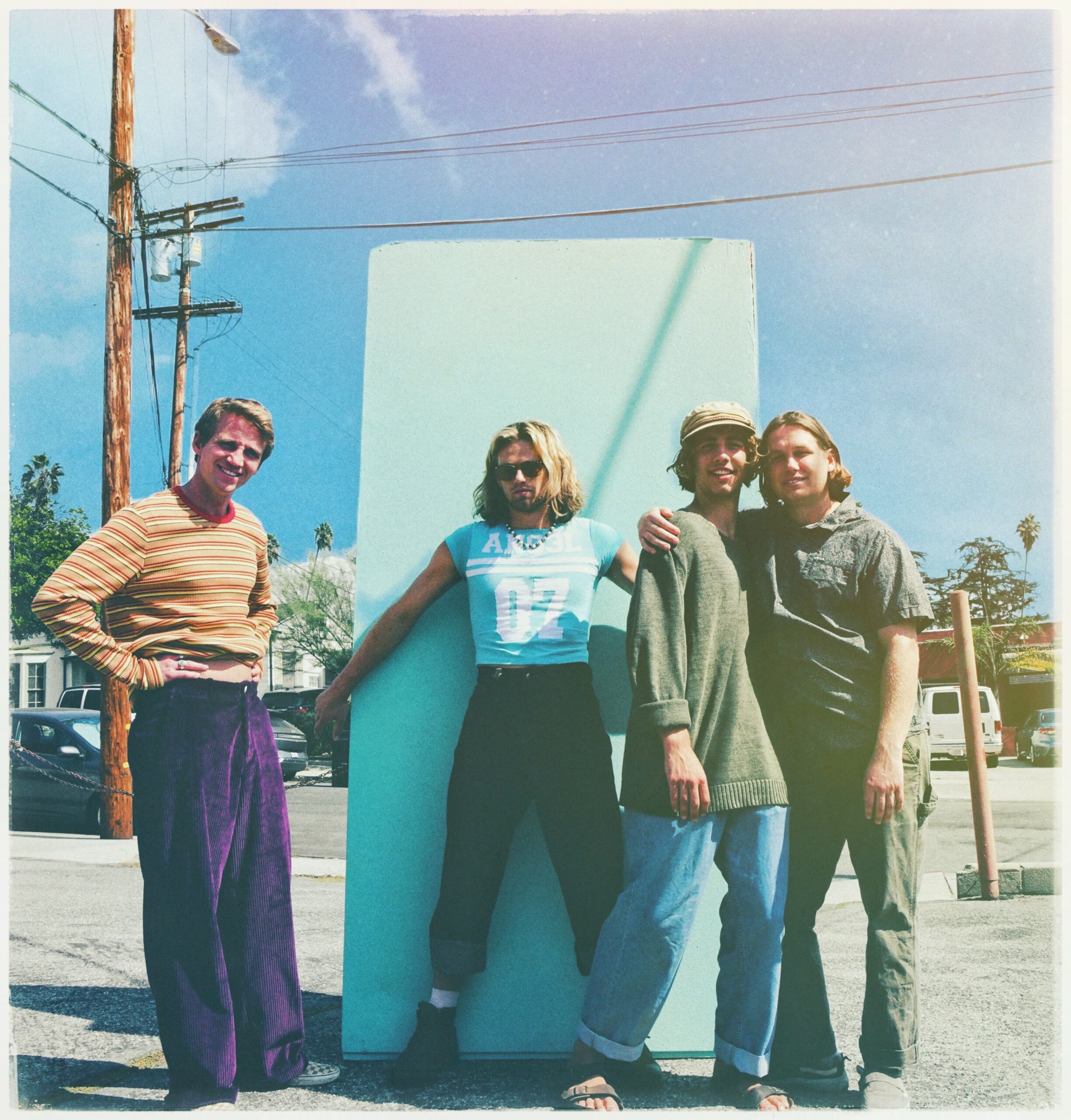 Indie, alt-rock band the moss has two albums under their belt. Yet, their newest EP, Insomnia, proves to be their most colorful record to date. Utah-based and Hawaiian-born, the band has perfected their own corner in the alternative scene with their seamless blend of the blues, 60’s surf pop, and intoxicating, grunge guitars. This lends to their playful, infectious energy which comes with a restless bite. It scatters throughout the Insomnia EP in a strength that isn’t felt as deeply in past projects.

Starting with the powerhouse opening track, “Insomnia,” one is instantly transported to the moss’ world of jangly soundscapes and explosive choruses. Detailing the point in a relationship where it’s difficult for one to fall asleep while the other is away, the fervent rumbles of surf-rock alongside tight, alt-rock rhythms gives the track the bustling tone it deserves. Lead singer, Tyke James, only amplifies this with his raw vocals that have a gift for effortlessly expressing emotion which is found ingrained into the record’s runtime.

Bleeding into “Blink,” a deeply personal track that James details as being “the most vulnerable song” he’s ever written, there’s a moody atmosphere reminiscent of the Smashing Pumpkins and Augustana which carries the weight the song holds. With lyrics such as “I’m scared of the real world / but I’m not the anxious type,” and “If I lose you, I may never love again” sang with such hearty conviction overtop steady drums, the song perfectly encapsulates the all-consuming grief and gloom that exists in the vacuum of heartbreak.

“Carousel” is a hazy drift between emotions with sunny instrumentals. Building to a passionate latter half, the blender of feelings works well with the softer soundscape. Yet, the EP’s closer “Chapparal” encompasses all of what the moss does best. Bluesy undertones mixed with a thumping rock melody, the song entices one with retro modernity. It’s difficult not to see how infectious “Chapparal” will be live. Whether it’s in its upbeat drums or punchy chorus, it leaves a vibrant mark as the record comes to an end.

With the Insomnia EP, the moss is at their strongest. The band has found their stride through high-spirited soundscapes and raw vulnerability. At this energetic pace, seeds of excitement bloom for their refreshing presence in the alternative scene going forward.

I was able to have a short interview with lead singer, Tyke James, about the record, the excitement that comes with a new project. and their upcoming tour below:

You guys are known for seamlessly blending surf-pop, grunge, and the twang of 60’s blues together into your projects. What drew you to those genres and how does it define the moss’ identity?

I grew up listening to Johnny Cash and the Kooks. Growing up in Hawaii we were sorta infused with a lot of reggae/beach music. In music, I really enjoy the clash of emotions and how you can say things that seem intense in a subtle, enjoyable way, and I think that comes through in our new songs.

Your last project, Kentucky Derby, came out early 2021. How does it feel to be releasing the Insomnia EP almost two years later?

So so nice! We have had these songs recorded for almost two years and it’s been a  long but exciting process getting them out. We have a lot of new people on our team now as opposed to when we first had them recorded. Which is making it feel really worth it.

What is it about this EP that differs from/builds on your previous works? What was your favorite track to record?

“Blink” was the most gratifying to record for me because it was the most recent one that we’d written. So, the vision for the recording all came together in the studio. The EP overall for me is digging a lot deeper into music than we have before. With these songs we really feel like we’ve found something that feels new to us.

With tour fast approaching, you’ve always expressed how important that live dynamic is with your fans. What do you hope fans take away from hearing the new music in this setting?

Playing the music live has always been what it’s all about for us. This is our first official tour, but we have been playing shows for a few years now. Recording the music has always been a vessel to perform, and to give people a night that they’ll remember. Hopefully, forever.

Describe the Insomnia EP in one word.