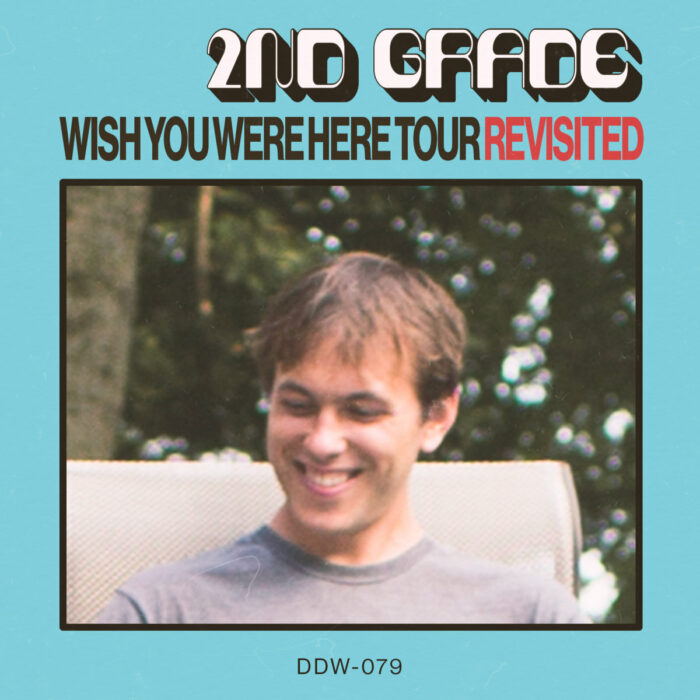 The market for the standard album reissue is a lot shakier than it used to be. Up until the immediate pre-streaming era, it used to seem like standard practice for a label to go through the process of re-introducing a debut after their sophomore album gained the band in question a bit of traction, a good 6-to-12-month re-ignition of whatever buzz they’ve been lucky enough to pick up but their initial small-run CD print couldn’t keep up with. These releases were different from the beefed-up anniversary box sets and things of the like—sure, sometimes they’d stick a live track on the end or maybe a stray B-side, but the purpose here was getting first-time listeners up to date.

Now, aside from some occasional Spotify downtime caused by some usually opaque label-jostling, rarely is there a rush or a reason to fully reissue a record beyond routine vinyl re-presses. Now that streaming is somewhat ubiquitous, records rarely go functionally out of print—the physical products may disappear but the mp3s are pretty much always around and accessible. But because of similar factors, the attention element of this whole situation is perhaps more important than ever—a band who released a buzzy record last Friday has often completely disappeared from the timeline by the next week. Not only is the band’s archival work never coming to the forefront, but the band itself tends to disappear as a talking point until they maybe get lucky during end-of-the-year list season.

All of this brings us to Wish You Were Here Tour Revisited, 2nd Grade’s clever and fun replacement for a routine debut reissue after the Philadelphia act dropped their excellent sophomore record Hit to Hit last year. Hit to Hit was a bright and fresh collection of quick and sharp little pop rock songs, the sound of songwriter Peter Gill continually turning the dial on some sort of magic radio that pushed sunny power pop from every station. It was immediately gratifying and instantly lovable, and maybe because of that the band hasn’t really gotten the lasting attention they deserve in the long term.

Wish You Were Here Tour Revisited is a welcome reminder that the band has a lot to give, combining the original 14 songs from the band’s 2018 debut Wish You Were Here Tour with new versions of 8 of the tracks. The distinction between the two is worthwhile and notable—when the original album was released, 2nd Grade was mostly a solo act and the songs are noticeably sparser and lower-key than those on Hit to Hit. The original album is full of breezy, floating songs that feel a lot smaller and more isolated than the agile full-band follow-up.

So the re-imagined versions of the songs pull some of Gill’s lonelier compositions into the shinier, flashier full-band world. “Favorite Song” transforms from a nostalgic gazing-out-the-window ode to a splashy rocker. “Kick in the Head” sheds some of its ‘60s pop softness and turns up the pep. “As Long As We Can Talk About It” emerges into crystal hi-fi clarity, shambling Beat Happening guitars breaking apart into shimmering and dramatic acoustic plucks.

These aren’t thoughtless re-creations by any means—the most illuminating aspect of Wish You Were Here Tour Revisited lies in the obvious and enticing differences between the two versions. Given the short and sweet nature of Hit to Hit, it might be easy to fall into the false impression that songs like this, with their single choruses and sometimes in media res appearance, may be easy to churn out. To watch the transformations that occur from the originals to the Revisited versions shows off the precise science of creating a glistening power pop song, making the relentless hook-after-hook nature of a work like Hit to Hit all the more impressive.

While the standard reissue as we once knew it may not occupy the same space that it used to, it does seem that there’s good reason to find ways to keep even somewhat recent releases in the conversation. While the original album tends to run together a bit and serves mostly to affirm the greatness of the new versions and 2nd Grade’s more recent songs, Wish You Were Here Tour Revisited goes above and beyond what might usually be expected of a reissue, showing a band coming into their own in real time while still giving us a reminder of how it all started.