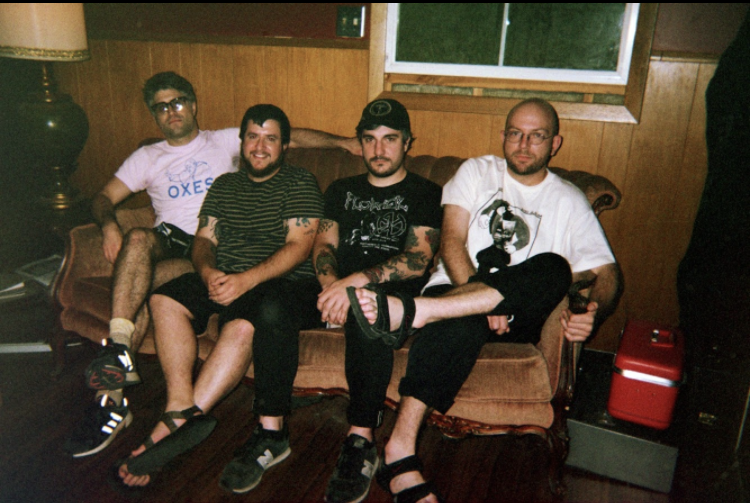 It’s been a while since we last heard from Portland rockers Source Material, whose debut Constant Sunshine came out right before the beginning of the pandemic, and today we’re stoked to be premiering the band’s new album Crimes of Opportunity, which is out this Friday via Slang Church but you can listen to it a couple of days early right here. Source Material are kind of a hard band to pin down which makes them a breath of fresh air in a crowded scene. Even though their sound skews a bit closer to bands like Polvo and Ovlov, all four members are influenced by the Grateful Dead, giving their music a certain looseness and spontaneity to it. Filled with lyrical nods to the Minutemen as well as the Bloodfist movie franchise, Crimes of Opportunity feels like such a natural step forward for the band, introducing thick layers of distortion and muscular riffs into their arsenal without sacrificing the spirit of their debut.

Crimes of Opportunity is out Friday via Slang Church